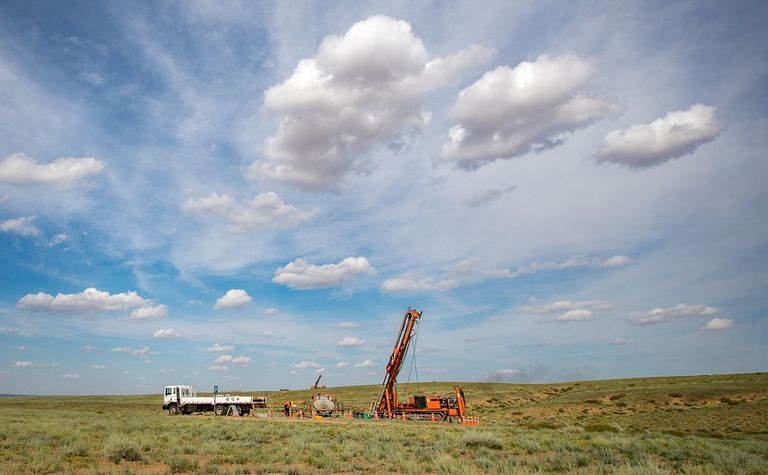 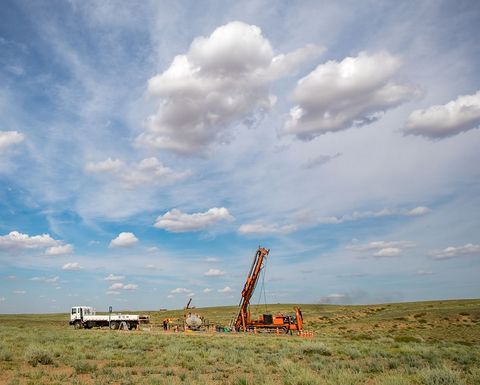 Xanadu is accelerating exploration at Kharmagtai

Copper Investor Hub: Firstly, you’ve accelerated the drilling programme at Kharmagtai, which already has a historical JORC resource of over 1,533 million pounds of copper and 2 million ounces of gold.  Xanadu has used predictive 3D modelling to improve its understanding of the porphyry system under cover and at depth and identified large-scale targets – how is the exploration program ramping up?

Andrew Stewart: Exploration drilling at our flagship Kharmagtai copper-gold project, located within one hours’ drive north of the giant Oyu Tolgoi copper-gold deposit, continues showing potential to host a globally significant copper-gold discovery. Recent drilling has registered some of the best intercepts to date on the project with intervals of 650m or greater at plus-1% copper equivalent, which compares favourably to some significant copper-gold discoveries in recent history, including the neighbouring Oyu Tolgoi project and Wafi-Golpu, in Papua New Guinea.

The increasing scale of the drilling operations at Kharmagtai continues to extend the dimensions of the known mineralisation, while the company’s recent and highly successful bedrock drilling results combined with sophisticated 3D modelling using geophysics and geochemical data have highlighted 19 new targets with significant scale, indicating 6km of strike potential for the mineralisation.

The increasing understanding of the large Kharmagtai system means Xanadu will now accelerate exploration drilling over the six porphyry clusters identified, containing 19 individual porphyry and epithermal targets and move as quickly as possible to scout drilling in those areas.  A further two drill rigs have been added to the current program, taking the number of rigs on site to three and allowing the company to deliver results more rapidly to evaluate the new targets and further explore in areas that have returned significant intersections to date.

CIH: You’ve described the upside as beginning to look transformational. Which prospect do you believe holds the most potential and why?

AS: Xanadu is chasing large high-grade gold-rich porphyry copper discoveries in Mongolia’s south Gobi Region, where the average size of discovered copper deposits to-date is only second to Chile on a global scale, despite considerably less exploration. Kharmagtai is already a major discovery with mineralisation yet to be closed off and 90% of the mineral district yet to be explored. The large size potential of the Kharmagtai district is indicated by the large area defined by the current drilling while the existing tenement is relatively under explored. Kharmagtai contains a clusters of porphyry targets, where drilling has already defined three deposits, however this resource is a fraction of the project’s likely scale, which highlights the potential for new large-scale discovery.

CIH: Xanadu has drawn comparisons to globally significant copper-gold porphyry discoveries such as SolGold’s Cascabel in Ecuador, which is at depth, and note Xanadu’s mineralisation is occurring near-surface. What gives you confidence Kharmagtai’s deposit could be ranked among global giants in future?

AS: Deep drilling under the current resources at Stockwork Hill continues to intersect significant intervals high-grade copper-gold mineralisation extending the current depth of mineralisation, and it appears increasingly likely that drilling will continue to define significant domains of high-grade copper-gold mineralisation at depth, which raises questions as to the prospectively of the entire complex for mineralisation. Given these large copper deposits typically have vertical extents of more than 1km, and Kharmagtai shares many similarities with other systems globally, the system below 200m remains completely open.

CIH: What timeframe are you working towards to establish economic viability of this project and what benefits does its location hold? 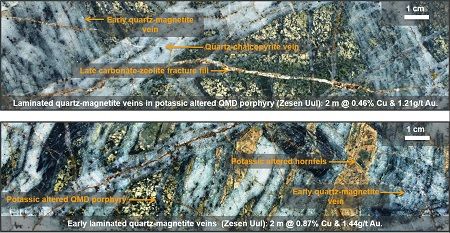 AS: The Kharmagtai project not only has high grades of copper and gold, but is also just 120km north of the giant Oyu Tolgoi deposit and 200km from the border with China, which accounts for 50% of global copper consumption. Located in the most sparsely populated region in world, the project which sits on a full permitted mining licences is blessed with numerous logistical benefits including being close to power, water, and importantly, bisected by a paved road that links the capital of Mongolia with China. It will take a couple of years to get to a development decision, which is quick for a copper-gold project of this scale, however given the shallow nature of mineralisation we believe that if this drilling continues to be successful, we will have sufficient inventory to progress a development scenario quicker than our closest peers globally.

CIH: To the east, Xanadu is also exploring the Red Mountain project, where a drilling highlight earlier this year intercepted 184m at 1.06% copper equivalent from surface (0.52% copper and 0.85g/t gold). More recent higher-grade results include 6.2m at 4.24% copper and 1.9g/t gold from 128m. What are your exploration priorities there and how does it rank against Kharmagtai?

AS: Strong Red Mountain drilling results continue to raise its status – and as a standalone project, Red Mountain could be a company maker. This project has multiple projects with proven high-grade copper and gold mineralisation from surface, with recent drilling intercepting 184m at 0.52% Cu and 0.85g/t Au at the Diorite Hill Prospect. While the recent discovery of potentially significant gold vein mineralisation broadens the range of targets and opens a whole new area for exploration. This zonation is seen world-wide with the upwards transitions from copper-gold porphyry veins to shallow level gold systems. Importantly this provides options with potential to define shallow high-grade gold resources. Xanadu will continue its systematic, low-cost exploration at Red Mountain with further reconnaissance exploration, field mapping, and infill sampling ongoing.

CIH: Xanadu started the quarter with A$4.4 million – how much do you hope to achieve with this level of funding at hand?

AS: Xanadu is funded for the current exploration program; however, given the increasing scale of the drilling operations at Kharmagtai the coffers will need to be replenished to support a growing diamond drill programme to test potential extensions to high grade mineralisation at depth and identify new areas of mineralisation not included in the current resource inventory. The drill program has been developed around a realistic geological model and will contribute to growing the shallow high-grade resource estimate at Kharmagtai.

CIH: Mongolia recently held its presidential elections, do you expect to see changes in the country’s approach towards mining investment?

AS: We believe Mongolia is becoming a more favourable investment location as the government looks to attract miners and explorers back. Despite a storied history with its mining industry, in recent years the country has opened-up to more exploration and resource development activities. Turquoise Hill Resources’ Oyu Tolgoi mine went into production in 2013. Last year, work began on the mine’s $5.3 billion second phase, which is slated for commissioning in 2020. The anticipated peak production is 622,000 tonnes of copper and 650,000 ounces of gold. Major mine developments are powerful events, the impact spilling over entire regions and subsequently Rio Tinto has recently acquired exploration tenements 40km south of Xanadu’s flagship project Kharmagtai and is currently drilling, while Codelco the world’s biggest copper producer is preparing exploration investments in Mongolian copper. Along with Teck’s stake in Erdene Resources, Mongolia is becoming a hub for copper-gold exploration activity amongst global majors and may become one of the world’s most attractive new exploration regions in 2017–2018.

CIH: Finally, what milestones could re-rate the company’s valuation in the coming months?

AS: An accelerated exploration program is currently testing numerous porphyry targets under shallow cover at Kharmagtai, and initial results are confirming the presence of at least three new mineralised porphyry centres – discovery of the next porphyry centre will have an enormous impact on the project and will indicate we have sufficient inventory to progress a development scenario on a world-scale project. 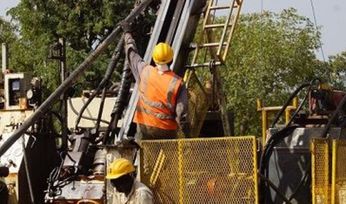 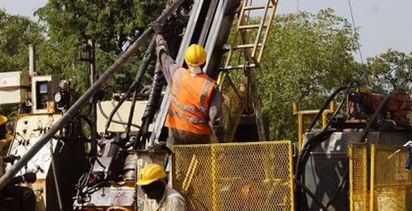 Updated Leonora PFS is next for Kin