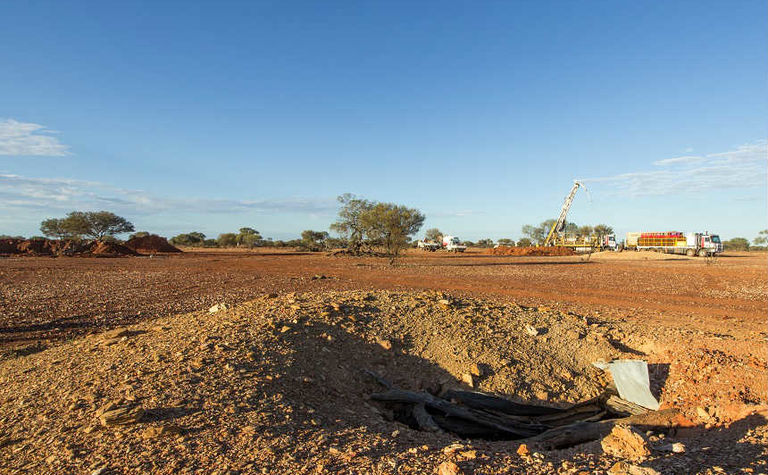 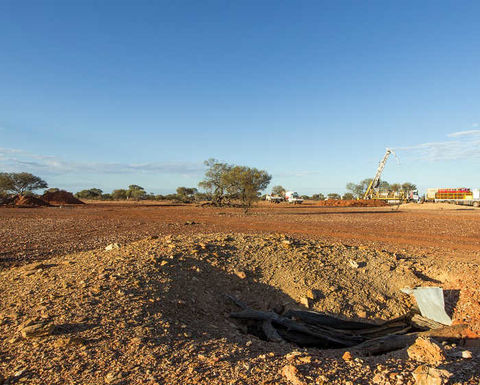 RESOURCEStocks: Thundelarra is growing its Garden Gully gold project, moving to acquire the additional Crown Prince licence which contains the historic, high-grade Kyarra mine. Why is this licence important to the project and how close is it to being granted?

Tony Lofthouse: It is important in that it is the principal source of the gold mineralisation mined historically from the Garden Gully gold field, recorded as about 21,000 ounces at an average grade of about 21gpt. Acquiring the Crown Prince would add another valuable piece to the Garden Gully jigsaw. Modern exploration from the 1980s through to 2005 led to JORC 2004 compliant resources at what was then called Kyarra (refer WAMEX open file report A72856, available on www.dmp.wa.gov.au). The fact that the mineralisation there can support a resource figure reinforces the potential that the overall project area offers to host significant gold mineralisation. Regarding the timing of the grant, we have been working closely with the Shire of Meekatharra and the DMIRS and hopefully, by the time this interview is published, Crown Prince will be an integral part of our Garden Gully gold project.

RS: Drilling within the last 12 months has identified the promising Lydia prospect at Garden Gully where highlights include the near-surface 7m at 24.5g from 11m, and deeper 45m at 1.3g/t from 215m. How significant is the Lydia prospect and what exploration activity do you have planned there in the coming months?

TL: Lydia is highly significant. We knew that prospecting had recovered gold nuggets at surface from many locations across the Garden Gully area, including at Lydia.There were pits and scrapings too, but no evidence of significant mineralisation. The drilling programmes we have carried out in the past year have identified a zone with a strike extent of more than 500m which is open to the north and south. We have gold near surface and we are still seeing significant mineralisation as deep as 260m downhole (about 225m vertical) and it is still open at depth. We have intersections of 80m at 1.9gpt gold, with mineralisation spread across that interval. Indications are that true width is in the order of 30m. So Lydia is very exciting. The next stage will aim to drill out the mineralised zones identified so far with a view to defining a maiden resource at Lydia, hopefully by the end of the year.

RS: Thundelarra prides itself on a rigorous and systematic approach to exploration – how is this paying off at Garden Gully and which other prospects are your top priorities?

TL: Lydia is basically a new discovery that reflects our systematic approach. Historical exploration had not hit the mineralisation we have found, and we think much of that is due to the presence of a depleted zone above the base of weathering which can easily be interpreted as showing that the area is unmineralised. By combining the multi-element assay data with careful geological mapping and logging and then adding our structural interpretation, we persevered into the zones we considered most promising and were rewarded with the results we have announced, showing the possibility of there being a major mineralised system here that had not been found before.

While Lydia – and Crown Prince when granted – are our main priorities at the moment, we have great results at a number of the other Garden Gully prospects too: Transylvania is showing indications that it mirrors the Lydia style and could host repetitions; Crown and Battery show distinct geological similarities to the geology known at Crown Prince; Granite Well hosts possible extensions to the Sabbath East mineralisation that occurs to the north. And there is still much of the Garden Gully project area that is yet to be properly investigated. So we have plenty of targets to be tested.

RS: What are the location and infrastructure merits of Garden Gully?

TL: Garden Gully is about 15km north-northwest of the town of Meekatharra, which is the major regional centre, located on the sealed Great Northern Highway that links Perth to WA’s northernmost port, Wyndham.  Meeka also has a serious airport that can act as a diversion alternate for international flights in the event of adverse weather in Perth.  For gold production, there are two operating gold plants within 30km of Garden Gully and on the highway:  Westgold’s 3.1 Mtpa Bluebird plant to the south, and Doray’s 350 ktpa Andy Well plant to the north. Historical gold production from mines and plants around Meekatharra totals more than 7 million ounces to date, so we know we are in the right place!

RS: Now to the Red Bore copper project (Thundelarra 90%) which lies within 400m of Sandfire Resources’ DeGrussa operating copper-gold mine. Essentially you’re being free-carried until production, after your minority partner exercised the right to earn up to 75% by paying you A$1.5 million in cash, committing to spend a similar amount on exploration within 18 months and having to prove up a 30,000 tonne copper-equivalent resource. How does this deal affect the company and its shareholders?

TL: I think this is a great deal for Thundelarra. It disappoints me that there seem to be many critics and naysayers. Our last major drilling programme at Red Bore proved our geological model and supported our view that the potential exists for significant mineralisation, albeit probably at depth. So our expenditure would have to be very focused and carefully budgeted.  We made the conscious decision to wait for Sandfire to approach us: we were of the firm view that they would have  to address the potential of a piece of land that sat within a couple of hundred metres of their plant and hosted known high-grade copper-gold mineralisation whose source remained unexplained. And sure enough, Sandfire did come to us.

I wouldn’t argue with anyone who suggested that Sandfire, with all their knowledge and understanding of the local geology, were the number one choice to explore the tenement further. However, having another party come in, give us $1.5 million cash and commit to spending a further $1.5 million over the next 18 months is clearly an improvement on what we would have been able to afford on our own. Plus we don’t have to spend a cent.  Plus at the end of that 18 months we still own 90%. And don’t forget that there is no way known that you could define a JORC 2012 compliant resource of 30,000t of copper for just $1.5 million in expenditure. Sandfire spent something close to $10 million to define the Monty resource (99,000t copper). Plus, if Red Bore does host a repetition of the Conductor deposits, the main bodies there are more like 70,000-plus tonnes each than 30,000 tonnes. So any discovery will be great for Thundelarra shares, as THX will be the only ASX company that will benefit from that discovery. As I say, a great deal for Thundelarra and its shareholders, all at no cost to us which allows us to focus on Garden Gully.  That’s a win-win.

RS: With imminent exploration being taken care of at Red Bore under this deal, will Thundelarra turn more attention to its other gold and copper projects beyond Garden Gully?

TL: Garden Gully is unquestionably the main focus for all the reasons outlined above. We are only a year into the project, so it’s still early days and I reckon that already we have some fantastic results. As a comparison (and I hope we end up with the same level of success!) consider the story of Gold Road: Gruyere is a 6-plus million ounce deposit discovered and developed after the initial work done around Central Bore and other targets in the same general area back in the days of Eleckra, the original IPO that became Gold Road. Their journey has taken 11 years.  Success stories tend to have a long gestation! I don’t think Garden Gully will be as long as we have plants and infrastructure nearby.

RS: The share price has held relatively steady over the past few months, what do you believe will be the next opportunity for a valuation re-rating?

RS: Finally, you’ve just announced a capital raising: a 2-for-5 renounceable rights issue to raise $4.2 million before costs. Can you outline how you expect to use these funds? 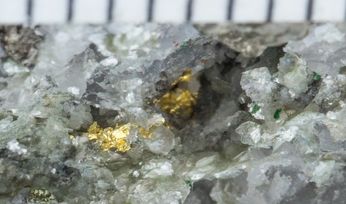 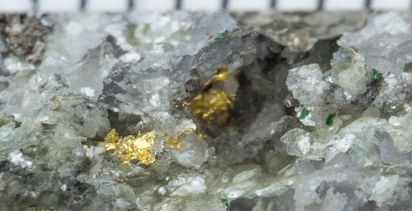 Thundelarra's ace in the hole