Emerging gold producer Hummingbird Resources (LN: HUM) is on track to reap a cash windfall in 2018 from the new, 80%-owned Yanfolila mine in Mali. Yet the transformational event in Hummingbird’s move towards its goal of being a mid-tier gold company could be rivalled by significant developments on another front over the next 12 months. 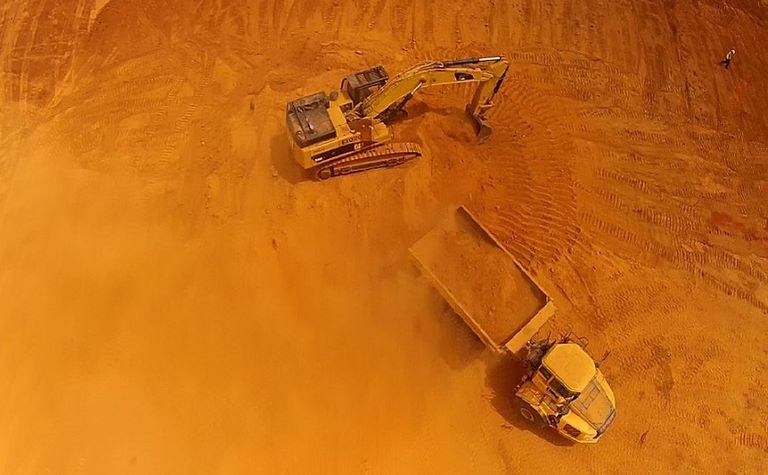 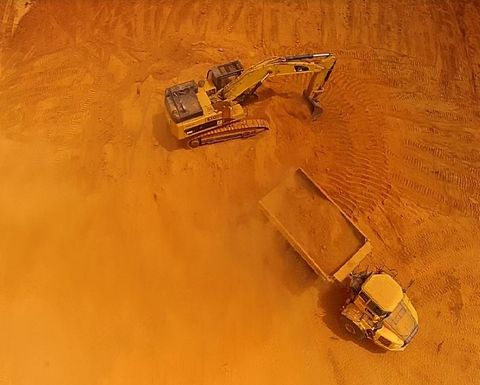 Locking in one of the biggest recent financings for a mining project in Africa in 2016 was a major achievement by the Hummingbird management team in a testing financial period. It set the company on a course that – with milestones since reached – makes it a rare bird in the gold space.

Construction of the US$88 million Yanfolila mine and plant is on schedule and budget, and the project is now less than three months away from its maiden gold pour. From there Hummingbird is targeting 132,000oz of production in the first 12 months of Yanfolia’s life. At a US$1,250/oz gold price, that will generate the company about US$75 million of free cash flow – and Hummingbird is offering unhedged leverage to a rising gold price.

No wonder CEO Dan Betts is very focused right now on the plant at Yanfolila that is nearing practical completion, and the start of pre-production mining by experienced West Africa contractor African Mining Services. AMS, which mobilised to site back in May, is also finishing construction of the tailings storage facility.

The rapid build progress and proximity now to production status has roused a stock market that might have become accustomed to watching another gold explorer growing a big resource base in West Africa. Hummingbird has surged 36% over the past month, capitalising the company at GBP103 million (US$133 million) this week, to start giving some proper due to the shiny new 1.2 million tonnes per annum plant taking shape at Yanfolila, the gold resources sitting under and around it, and Hummingbird’s suddenly imminent earning capacity. 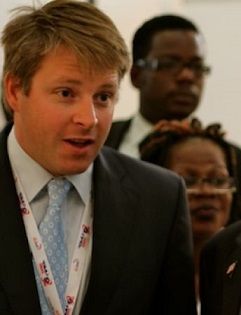 “We are 13 months into a 16-month build of the Yanfolila project and we are on time and on budget,” Betts says. “So that’s a massive achievement.

“When we started I don’t think you would have got many people who would have thought we’d be in this position today. Most people were probably thinking, first time developer, something will go wrong, we’ll blow out somewhere and run late. But we’re not. We’re on track and I think that is testament to the outstanding team we’ve got.

“Most of our peers are still developers who are largely unfunded and they’re not in construction.

“We are funded, and we’re very soon going to be a producer.

“[Forecast] all-in sustaining costs of US$700/oz put us firmly in the lowest quartile of producers, and the grade in the openpit, over 3g/t, puts us in the better grade bracket, so those numbers all look pretty positive. That’s going to produce a lot of cash at a US$1,250 gold price.

“And now we can focus on building on this platform. This is a belt-scale opportunity – it won’t be a short mine life, it will be a big one.

“That’s the biggest value-add from here, proving that by, first, showing significantly increased reserve life and beyond that a road map to greater longevity.” 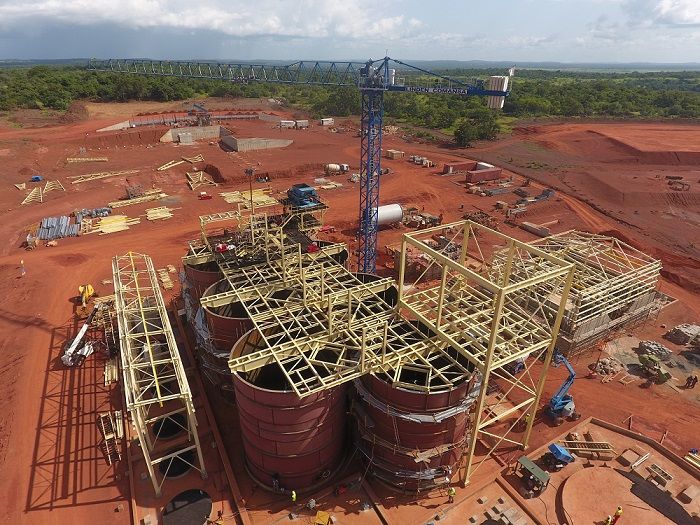 Hummingbird has about 5,000sq.km of exploration ground in Mali, Liberia and Senegal, and has already outlined 6.4Moz of gold in resources, including 4Moz at Dugbe in Liberia and the 2.4Moz at Yanfolila which sits in a greenstone belt that hosts elephants such as Loulo (15.5Moz), Sadiola (12Moz), Morila (8.5Moz) and Syama (7.9Moz).

“We historically discovered 4Moz in Liberia at US$6/oz [average discovery cost], then bought Yanfolila [from current main shareholder Gold Fields] for $10/oz. So combined it’s about $7-8/oz as a company for our entire mineral inventory, which is pretty good value,” Betts says.

“We inherited a good exploration portfolio and we are currently spinning off some pre-resource exploration licences into [soon to be AIM-listed] Cora Gold which is an amalgamation of ours and some Kola Gold permits, which we will have a very close interest in and 30-35% interest post IPO, and an ability to process any gold that’s economically sensible to put through our plant.

“It was a real challenge when we bought Yanfolila to have the bandwidth and the money to explore this amazing portfolio of licences we got, and to also develop and fund and build a project. So this is really panning out very well with the mining company, Hummingbird, running the mine at Yanfolila and doing the brownfields exploration to extend the mine life, and through Cora Gold we have excellent exposure to a world class set of early stage exploration assets with a dedicated exploration team and budget.

“We’ve got more than 1Moz in resources outside of the mine plan [reserve base of plus-700,000oz] so in terms of quick wins bringing those resources into reserves is the quickest. Our focus will initially be on improving the mine life and showing the market there is more to this than just a six-year project.

“Beyond that we do have some pretty juicy near-mine targets as well. And it’s going to be all about the economics and which one makes most commercial sense. 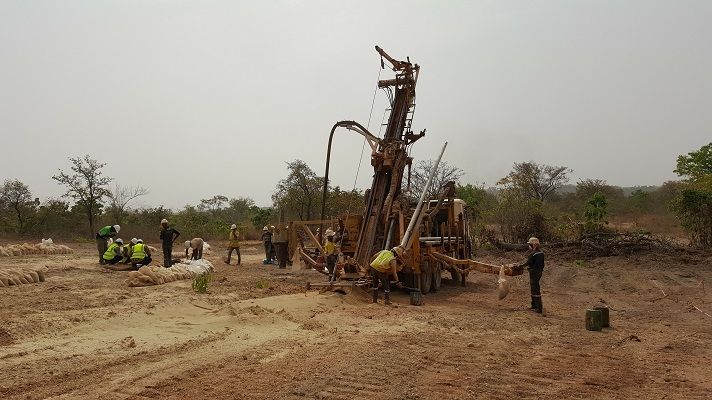 “Our chief geologist [Murray Paterson] has been pretty focused on the mining and geotech side of things but now with the infill drilling done and grade control organised he’s come up for air … and he’s got the bandwidth to start prioritising the targets and putting the next exploration plan and budget into place.

“So we’re working on that as we speak.”

Hummingbird will start paying down its US$60 million Coris Bank project debt in the middle of next year. It will also be in a position to focus considerable spending firepower on the quick NPV-add reserve growth, and opening up new resource opportunities.

“We want to stay gold focused but beyond that I don’t want to grow just for the sake of growing. We will stay focused on being profitable and where possible targeting free-cash margin in the ounces produced,” he says.

“My initial plan is to show 150,000ozpa through that Yanfolila plant – which is possible [in terms of its stretch capacity] – for 10 years. That would create a different perception of the company. And I think we can do that through the addition of Gonka resources and the brownfield resources we’ve got at the site.

“Then I think there are a lot of opportunities out there at the moment, both in West Africa and further afield, and we’re just going to continue looking, and if something really takes our fancy and it’s extremely compelling then we’ll go for it.

“The next project will, on balance of probability, come from West Africa because that’s where we’re currently best connected and I think it has to be driven by the quality of the resource, the quality of the FCF, and your team’s ability to deliver it. If we can deliver the project and the numbers on the project stack up, I’m fairly agnostic about the jurisdiction.

“But most importantly we want to be an expert gold company known for high-quality exploration, development and production – an excellent mid-tier gold company.

“I’ve always believed your investors want more than just the gold price, because otherwise they can go and buy gold bars. They want leverage.

“What more leverage can you get than investing in a company like Hummingbird, with the portfolio it has, that’s about to start producing more than 100,000ozpa of gold at $700/oz?” 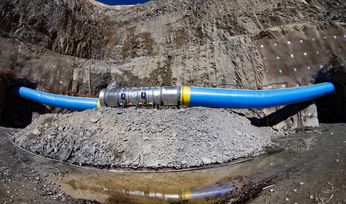 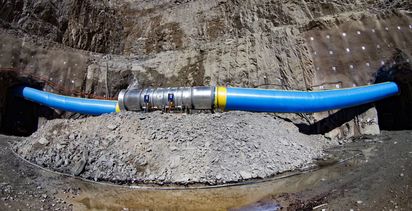 Gold on Horizon's radar next half