It’s been just over 12 months since the low-cost discovery of its majority-owned T3 copper project in Botswana, and well-funded MOD Resources is now within a year of a decision to mine. Managing director Julian Hanna outlines highlights of the rapid progress for the Copper Investor Hub. 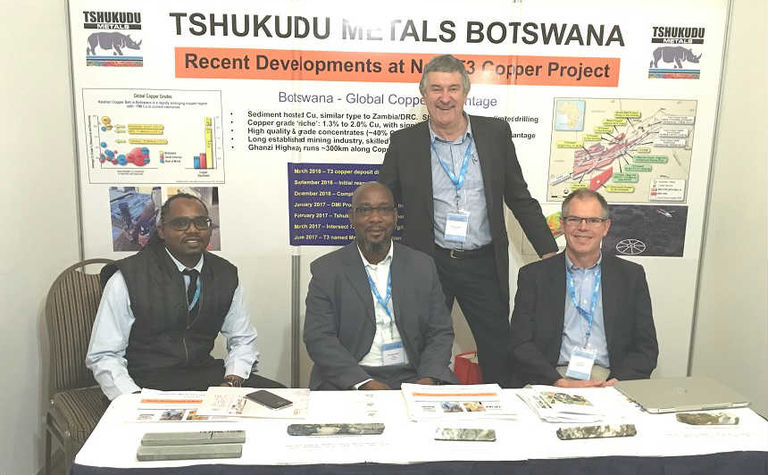 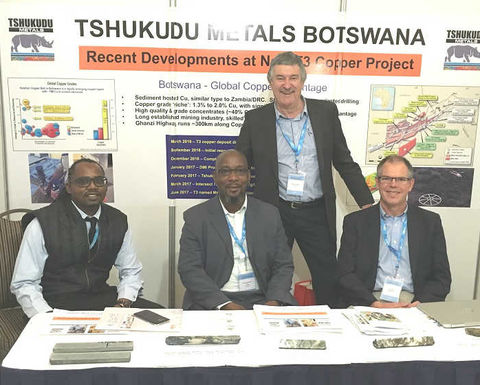 Copper Investor Hub: The T3 deposit (Metal Tiger 30%) was discovered in March last year and within six months you’d established a maiden resource of 28.36 million tonnes grading 1.24% copper and 15.7g/t silver. Is MOD still on track for a 2018 decision to mine the T3 openpit and how is the work on both a revised resource estimate and prefeasibility study progressing?

Julian Hanna: The discovery intersection of 52m at 2% copper at shallow depth at T3 really opened our eyes to the potential of the largely unexplored Kalahari Copper Belt.  Since then, MOD’s seasoned exploration and development team has drilled out a substantial resource at T3, completed a scoping study for a planned 10-year open pit mine and is on track to complete the PFS in the December quarter.  The tempo hasn’t let up and MOD and our JV partner Metal Tiger Plc expect to be able to announce a revised resource estimate for T3 soon. If all goes to plan, we should be in position to target a decision to mine by the end of 2018.

CIH: Results from drilling earlier this year has continued to identify mineralisation in and around the proposed open pit, what was the stand-out result for you?

JH: The stand out drill hole was probably MO-G-65D which intersected 72m @ 1.5% copper and 27g/t silver, starting 50m below the planned T3 pit. This confirmed copper is not confined to the T3 resource sequence but appears to be stacked in other areas within this very unusual deposit.  A step out drilling program of around 70 diamond holes is now underway to test extensions to the planned pit and also test the underground potential of high grade copper/silver veins which may extend below and down dip from the pit.

CIH: Drilling paused in the June quarter while an Environmental Management Plan was prepared and an aeromagnetic survey conducted. What are the next exploration priorities/why?

JH: Following a hectic 12 month drilling campaign, the recent pause in drilling provided the opportunity to step away from T3 and evaluate the wider potential of our extensive holdings which now cover more than 11,800sq.km. Exploration has focused on two regional scale targets (T3 Dome and T20 Dome) including an airborne EM survey which identified 19 EM anomalies along 50km of the T3 Dome, and an extensive soil sampling program across 30km of the T20 Dome which identified several new copper anomalies. While we are currently drilling out the area around T3, other high priorities are to test for resource extensions below the high grade T1 deposit 20km north of T3, and drill EM and soil anomalies over approximately 150km within MOD/Metal Tiger JV licences.

CIH: Your Botswana operating company, Tshukudu Metals, (MOD 70%, Metal Tiger 30%) became fully operational in the March quarter. What was the rationale behind setting up this subsidiary and how do you rate community support for T3’s development?

JH: Tshukudu was established to manage daily exploration and development activities on site, oversee local employment, training and safety procedures, and build on the excellent existing relationships in government and local communities in Ghanzi District where we operate.  Tshukudu is run by a first class, very experienced and committed Botswana technical team including chairman Mr Boikobo Paya who was previously Permanent Secretary to the Botswana Mines Ministry.  MOD’s management team and specialist consultants in Australia and South Africa provide advice and inputs when needed. Tshukudu is already well recognised in Ghanzi and is receiving strong support to develop T3 and provide local training and employment.

CIH: MOD recently announced its intention to sell its 80% stake in the Sams Creek gold project in New Zealand to Condamine Resources for A$3.8 million – is MOD keeping an eye out for other opportunities or remaining fully focused on T3 and its surrounds?

JH: The reason for selling Sams Creek is to focus all our activities on exploring and developing the Botswana Copper Project. While Sams Creek has the potential for a future gold mine, Botswana represents a unique opportunity where we hold licences covering a previously untouched district extending 200km within a proven copper belt, in a very favourable jurisdiction. It is unlikely we will need to look outside this region for many years.

CIH: MOD notched up a key milestone earlier this year, exceeding the A$100 million market capitalisation mark for the first time. What do you believe will trigger a further rerating?

JH: The main drivers behind MOD’s current market capitalisation are probably the discovery of T3 in March last year, the release of a maiden resource in September and excellent progress towards possible development of our first mine. It’s also worth noting that the copper price has risen 30% in the past 12 months and appears on track to exceed the upside price of US$3.00/lb used in the financial models for T3. So while we are firmly focused on developing T3, we are also rapidly expanding exploration activities on some excellent targets remote from T3 to try to demonstrate the potential of this district scale opportunity.

CIH: You ended the June quarter with more than A$15 million in the bank, what milestones do you expect to reach with this level of funding at hand?

JH: Current funding should be sufficient to complete the T3 PFS and DFS to reach a decision to mine by the end of 2018, plus fund the substantial and rapidly expanding drilling campaign which is now underway. This should also fund several infrastructure and capital projects including an on-site sample processing facility and an accommodation village to be built on the outskirts of Ghanzi. This assumes no additional significant copper discoveries are made within the next 16 months, in which case the statement above regarding funding may need to be revisited! 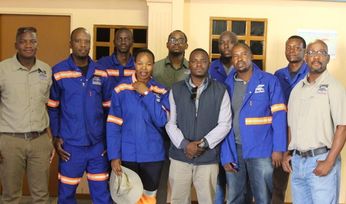 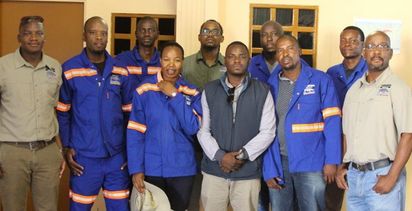 MOD on its main game