Great Western Exploration (ASX:GTE) board’s considerable experience and focus on the North Yilgarn is paying off, with the company honing its focus on its recently announced large-scale, 9km-by-2km gold trend at Yandal West, one of its three core projects, which is quickly becoming one of Australia’s most exciting greenfields gold projects. 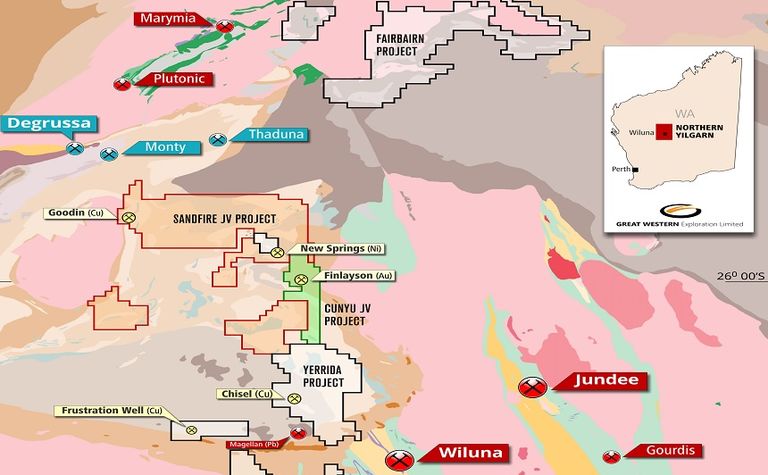 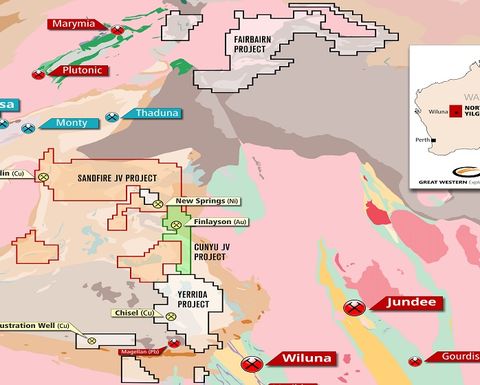 The Western Australian-based junior has recently consolidated its position in the under-explored, highly prospective northern Yilgarn region to focus on gold, base metals, nickel and cobalt potential.

Its three main projects are the Yandal West gold project, the Yerrida copper tenements and the Fairbairn cobalt-copper-gold project.

It is the “classic gold story” of Yandal West that will absorb much of the company’s attention in the coming months, as it adds to its understanding of the newly-identified 9km gold trend that demonstrates the project’s large-scale potential of the gold mineralisation. Within this trend there are peak soil values of 473, 412 and 207 ppb Au and it has yielded rock chip samples assaying up to 23.5g/t gold.

Managing director Jordan Luckett said the company had been able to amalgamate a strong landholding at Yandal West, piecing together the previous “postage stamp-sized” holdings to enable a big picture approach to the prospective and relatively undrilled project area.

Yandal West lies on the Yandal gold belt with Northern Star Resources’ (ASX:NST) Jundee deposit about 60km to the north and the Bronzewing gold deposit 55km to the south. 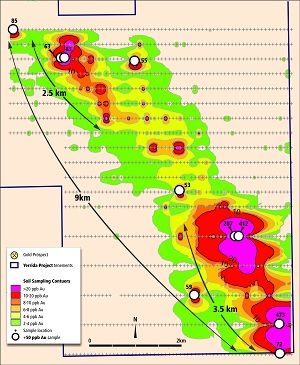 Great Western has just completed a soil sampling programme that delineated the large-scale, 9km long gold trend (pictured left), the majority of which is over undrilled greenstone terrain.

“It’s a really exciting development for us,” Luckett said.

“You don’t see that sort of anomaly too often, particularly with the fact it is held together so well over a long distance.”

The company had already identified high-grade gold results during maiden drilling at its Ives Find prospect at Yandal West earlier this year.

However the company decided to take a step back from drilling and undertake a comprehensive, district-scale look at Yandal West’s greater potential.

“We wanted to assess the full scale of Yandal West as we believed that it has a favourable structural setting to host a large scale gold deposit, and that we are pleased that the soil results have demonstrated that potential,” Luckett said.

He said the large gold anomaly could hold even further potential as 9km was the extent of the phase one sampling programme.

The soil geochemical survey collected 1,242 samples on a broad grid with dimensions of 320m x 80m and 640m x 80m, delineating the gold anomaly that Luckett believes is potentially associated with a significant gold mineralised structure.

Great Western is going to tie in the results from the recently completed aeromagnetic survey and conduct geological mapping to identify drilling targets later this quarter.

“We’re looking on a regional scale and we’re seeing a major trend – but we didn’t expect it to link up so well,” Luckett (pictured right) said. 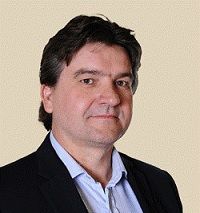 “We’re taking a step back and starting to make more sense of what we’re looking at – because systematic work hasn’t been applied to this area previously under its fragmented ownership.

“We’re really happy to have identified such a big trend.”

The company’s eye for exploration potential has been endorsed by Sandfire Resources (ASX:SFR) last month settling its agreement to farm in to 70% of Great Western’s northern Yerrida tenements.

Luckett was pleased Sandfire recognised the quality of Great Western’s tenements in the emerging copper province, about halfway between Ives Find and Sandfire’s DeGrussa copper-gold mine.

He said Sandfire had struck a number of joint venture deals in the region and would be spending money on exploration in the area over the next few years.

“We believe it’s the intersection of the primary Perseverance fault and the secondary Chisel fault,” Luckett said.

“There are base metal anomalies in historic drilling either side of the Chisel anomaly and we need to do more work there.

Investors may have heard little about Great Western’s third core project, the Fairbairn copper-cobalt project to the north of Yerrida, but that is about to change.

The company believes the project is prospective for sedimentary-hosted copper-cobalt and Proterozoic copper and gold.

“Some of the world’s biggest deposits are in Proterozoic basins,” Luckett said.

“We’re collating some historic drilling results and assessing government reports and previous owners’ data to build up our concept of the project.

“There are some really interesting results guiding us and we’re using them to formulate our approach, which we will unveil soon.” 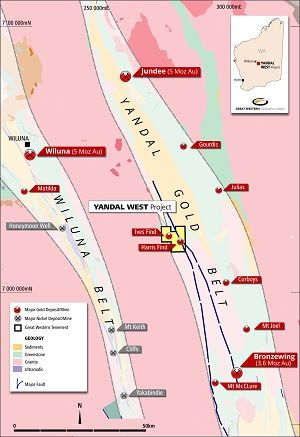 Grammer was co-founder of successful nickel miner Western Areas, he played a role in discovering the Cosmos nickel deposit and was on the board of Sirius Resources during the Nova discovery.

Luckett said Somes had decades of experience with junior ASX-listed companies, both in terms of his accounting and auditing firm as well as directorships, and brought valuable corporate and commercial advice.

He also noted recent appointment Rimas Kairaitis has a strong following amongst eastern states fund managers due to his track record of managing gold companies from discovery to production.

Kairaitis was founder and head of Aurelia Metals for a decade, taking the explorer to becoming a profitable gold and base metals producer, starting with the Hera gold, lead and zinc mine in New South Wales.

He also has a strong exploration track record, leading the geological field team to the discovery of the Tomingley and McPhillamy’s gold discoveries in 2001 and 2006 respectively.

Luckett said the company was having a lot of success generating a better understanding of its three main projects and was rapidly building up its knowledge and database.

“We chose the North Yilgarn region for our focus because of the Proterozoic rocks, the faults and the fact it has been under-explored,” Luckett said.

“We have developed big greenfields opportunities and are now generating targets that have significant potential.

“With the results from just the start of our systematic exploration at Yandal West, and Sandfire earning in to Yerrida, it shows we’re on the right track and our strategy is correct.

“The company is now in the process of completing the necessary base work of infill soils, geological mapping and geophysical interpretations that are required prior to drilling as fast as possible.

“The company believes that the drilling programme could be one of the most exciting to be carried out by any gold company this year.” 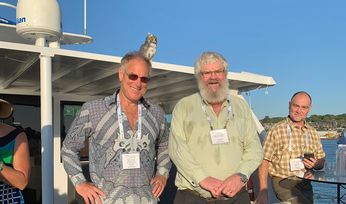 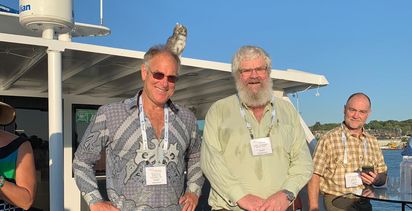