Cashed up, flourishing gold producer Ramelius Resources is on a path to grow its operations as it extends its minelife and looks to acquisitions and joint ventures both in Australia and overseas. 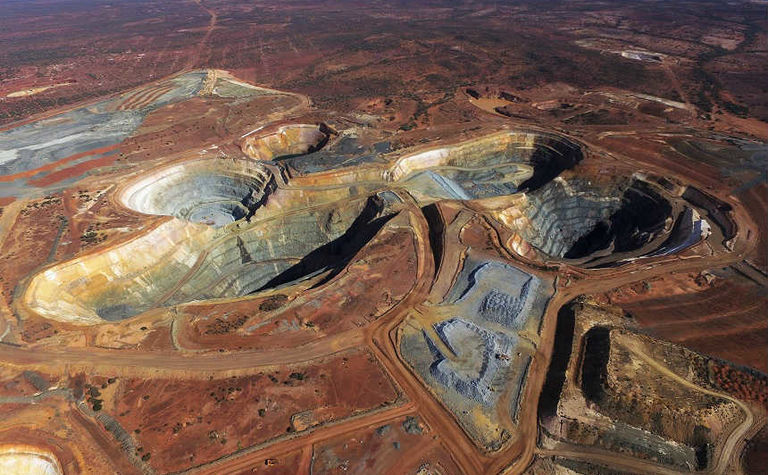 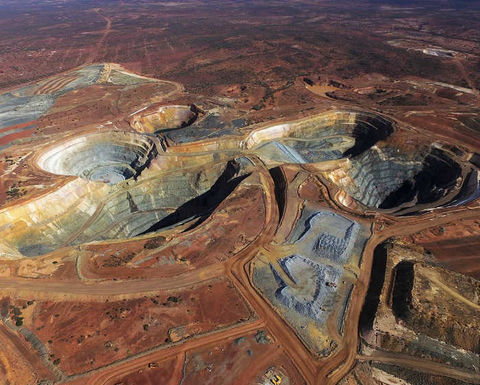 The company has grown its gold production circa 10% over the past couple of years and, thanks to a comprehensive A$15 million exploration programme, has outlined a 4-year, life-of-mine plan which it expects to update again around the end of this year.

Ramelius is now targeting 150,000oz of gold production per annum and expects to produce 130,000oz in FY2018 at an all-in sustaining cost around A$1,175/oz, creating a healthy margin given the Australian gold price has held well above A$1,600/oz for most of the year.

Managing director Mark Zeptner said the company was working on several strategies to address one of the challenges facing Australian small to medium-sized producers – constantly increasing mine life.

“Four years is a good place to start but I’d like to think we’re going to grow that, whether that’s through exploration or acquisition,” he said of the latest life-of-mine plan.

“We’ve got a plan to edge up towards 150,000/oz a year which I think is a realistic target that can be achieved at a Mt Magnet-based operation.” 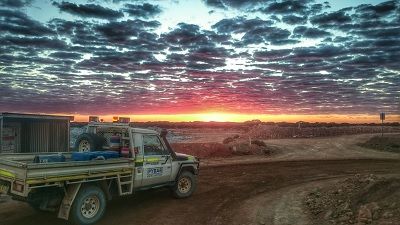 Ramelius’ current mining is focused on a series of open pits at Mt Magnet and the high-grade Vivien underground mine (Vivien mine tag board, pictured left) to the east in Western Australia’s Murchison, all processed at its mill at Mt Magnet.

Ramelius acquired Mt Magnet gold project in 2010 and recommenced open pit mining in 2011 with an initial reserve base of 545,000oz.

Now Mt Magnet’s Morning Star deposit alone contains a 506,000oz resource, thanks to a substantial recent resource upgrade, and Zeptner is keenly anticipating results from deeper drilling at both Morning Star and Vivien.

“There’s a lot of work being done towards achieving a further mine plan upgrade in the next six to nine months,” he said.

“Of three underground or potential underground projects, we’re drilling at two of them already and the third will become available to drill later this year.

“They are targets being drilled now and that’s why we’ve got such confidence.”

Ramelius has demonstrated significant exploration success over the past 12 months, increasing the Morning Star resource five-fold and adding further to Vivien’s ore reserve.

It plans to keep the exploration budget in the order of A$10 million going forward and is also planning a comprehensive review of its greenfields exploration projects that lie interstate.

Looking beyond exploration alone, the Perth-based miner is strengthening its global growth options.

The company signed a strategic alliance with Hong Kong-listed Chinese gold producer Zhaojin Mining in April and is also firming up a US$3 million deal to earn up to 75% of Renaissance Gold’s (TSX.V:REN) Jupiter gold project in Nevada, US.

Under the five-year earn-in, which is subject to a pending definitive agreement, Ramelius must spend US$250,000 on exploration in the first year at Jupiter, which lies 110 miles north of Las Vegas in the historic Queen City/Blackhawk mining district.

Zeptner said Zhaojin’s 650,000oz of gold per annum out of mainland China made it the country’s fourth-largest gold producer and it was looking to boost its production offshore, tying in neatly with cashed-up Ramelius’ mining expertise and quest to expand. 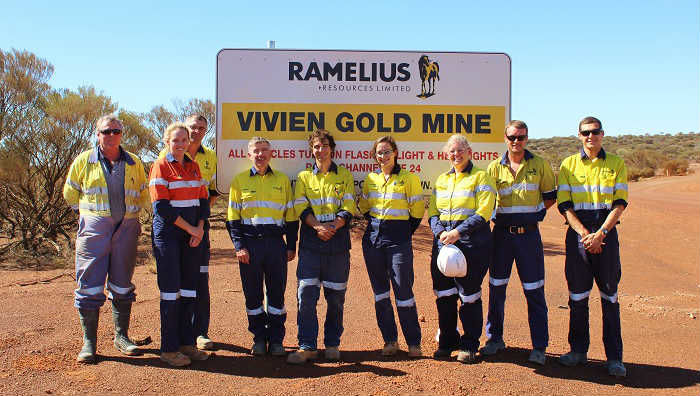 Ramelius has virtually doubled its cash on hand in the past year, starting the June quarter with A$90 million in cash and gold, and as Zeptner puts it, has the firepower to make an acquisition on its own.

He noted the company had a good relationship with Australia’s Commonwealth Bank which provided hedging and had offered a facility to start up the Vivien operation (management team pictured, above), although Ramelius didn’t draw down on it.

However the Zhaojin partnership offers the potential to make an acquisition on a much greater scale.

“It’s only a success when a deal is done but there’s been a lot of sharing of ideas, including in some parts of Asia which are probably secondary at this point to something in Australia.

“We’re giving ourselves a greater opportunity in the next six to 12 months to pull off a deal – and it hasn’t cost us anything to try.”

The company has taken a prudent approach to managing risk, hedging about 50% of planned production, over the next 12 months.

Zeptner noted the practice was less common among North American gold producers but was often used in Australian ranks, purely to manage risk and lock in margins.

“The price we’ve got for 50% of production at the moment is hedged at around A$1,700/oz, so it’s better than the current spot gold price – no one could say we’re out of the money,” he said (pictured, right). 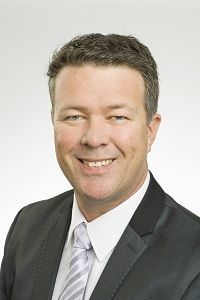 One element beyond the company’s control is share market fluctuations and Zeptner said Van Eck’s recent rebalance of its junior gold miners ETF, the GDXJ, had not been a positive experience for Ramelius.

Van Eck announced in April it would reduce its stake in a number of gold miners, including Ramelius, as its holdings had neared the maximum threshold allowed.

The rebalance triggered a pre-emptive selloff of a number of juniors and Zeptner described the situation as the tail wagging the dog.

“You’ve got the mechanisms of a fund driving the share price rather than underlying fundamentals of the company,” he said.

“People could argue when Ramelius first entered the GDXJ, Van Eck pushed our share price up to A72c and since they announced the rebalance it’s got down to 37.5c.

“You’d like to think we’ll bounce back closer to the 50-60c mark once things settle down and reality prevails.”

Zeptner is keeping his eye firmly on the bigger picture as Ramelius grows and looks closer to an ASX300 listing.

“As my corporate adviser pointed out, you are at the whim of various indexes more and more as you get bigger,” he said.

With Ramelius set on a growth trajectory, Zeptner is reminding investors of the company’s strengths.

It has consistently increased its gold production and is looking to further extend its current life-of-mine plan, not to mention its Australian and international growth opportunities.

As Zeptner says, “watch this space”. 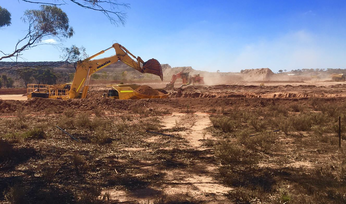 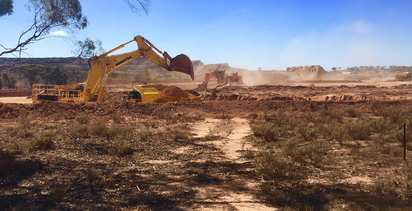 Ramelius hits guidance in a canter