THE pressure on explorers to conduct ‘smart’ exploration and deploy scarce funds wisely hasn’t always been as great as it is now. Cervantes Corporation (ASX:CVS) doesn’t intend to let slip a golden chance to use modern exploration methods to show there is a lot more to the Payne’s Find gold field in Western Australia than previous work revealed. 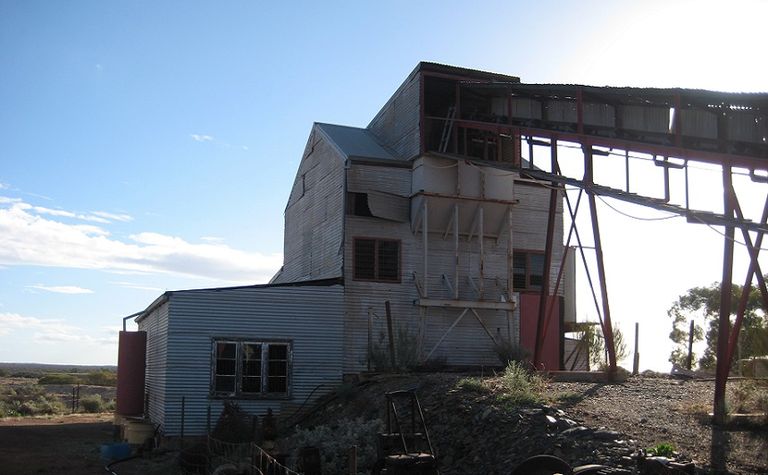 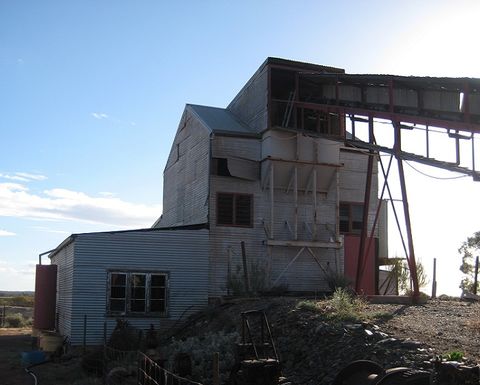 “Fundamentally under-explored” is how Cervantes executive chairman Collin Vost describes the company’s flagship tenement block at the southern end of the state’s Murchison mineral field. The area, about 420km north-north-east of Perth on the Great Northern Highway, was the scene of a mini-gold rush early last century. It is north of the Mt Gibson gold mine that historically yielded about 1.1 million ounces.

Doug Taylor, a veteran prospector and miner whose family worked the Payne’s Find field for four generations and who consolidated ownership of a patchwork of small tenements for sale in 2010, says the mines that have produced more than 40,000 ounces at an average 1oz/tonne for him and his family, “still have plenty of gold in them”.

“The mining that’s been done there has left a lot of gold in the ground [pillars between small, under-hand stopes], and the areas in between have not seen a lot of exploration, that’s for sure,” he says.

“Since 1911 when the first battery went in … the field has produced a lot of gold. But the complex ownership of the field, during the 1980s gold boom and through the 90s, up until fairly recently, stopped the bigger companies coming in and really having a proper look.”

Vost, an experienced junior-company executive who’s been around the WA mining and stockbroking scene for more than 20 years, has remodelled Cervantes’ immediate future on Payne’s Find.

He is not a geologist but has employed some high-powered help on that front. He says Payne’s Find, on the surface, is no different to other areas underlain by Archaean Yilgarn greenstone rocks, based on past mining, surveying and limited drilling to date. Respected structural geologist and consultant to Cervantes, Dr Warwick Crowe, adds: “This is the Murchison with the usual assemblage of gneissic granites and ultramafic amphibolites, and so really we are just using variations on the Mt Magnet theme [in our interpretation]. All the rocks and structures are there and clearly a massive amount of gold moved through the systems.”

Crowe, a former mine geologist at the dominant mine on the belt, Mt Magnet, to the north, leads the highly experienced exploration team Cervantes has engaged to review Paynes Find’s historical data and plot the best future course. The field was mined by old timers where high-grade veins outcropped. Crowe’s team sees the pervasive, vein-hosted gold in the field – some of it picked out by limited drilling in the past decade – as evidence of a major mineralising event, while the Primrose Fault, a significant regional north-south trending structure running through the middle of the property and overlain by fairly shallow surface cover in parts, is interpreted as the main fluid conduit for gold. 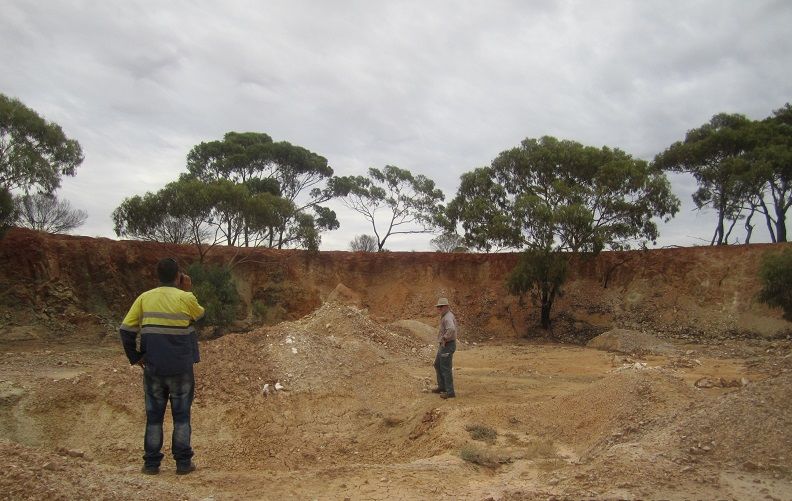 Crowe says the prevalent gneiss at Payne’s Find and elsewhere on WA’s gold fields is exceedingly hard but brittle and the rock responded to stress by cracking up, creating small openings for gold fluid flows that become veins. But the gold has to come from somewhere – the view is that somewhere is along the Primrose Fault at depth. “The amphibolite in the hanging wall is more ductile and responds differently to stress and so you get fewer, but larger openings,” he says.

“The fact that we see such a huge amount of gold in the gneiss tells us that the whole place is fertile. That’s half the battle won. We know that gold was flushing though the system in a major way, so the next step is to discover where it then dropped out into economic concentrations.

“The mineralisation we see in the [Primrose Fault] hanging wall is just your standard shear-zone hosted orogenic gold that we see everywhere in the goldfields.

“We have the plumbing system and now we need to find the trap.”

Very limited drilling into the Primrose hanging wall – including a hole that intersected a tantalising 3m grading 90g/t near an old shaft before the previous owner’s cash ran dry – gives support to the new interpretation. A previous low-res government aeromagnetic survey (400m spacing) clearly needs high-res follow-up to aid structural interpretation and understanding of scale, particularly given the shallow cover over the main structures of interest.

While RAB drilling along the fault line, and the basic modern aeromag, are seen as sensible steps by Cervantes, the most recent drilling focussed mainly on a tiny patch of the gneiss (600m-by-300m) around historic mine workings on what was left of the shallow vein arrangements. A multi-million-dollar exploration budget was effectively poured down these near-surface holes.

The way Crowe looks at it is the pursuit of vein-style mineralisation might have been modish for prospectors at Payne’s Find a century ago; it clearly doesn’t add up as a modern exploration strategy.

“The veins are narrow [generally 1m or less] and typically short in strike length [5-10m], but there are lots of them,” he says.

“Taken together as a volume of rock, there is probably a massive resource there. If the veins make up 5% of the total volume of the gneiss, for example, and are running at a couple of ounces per tonne, then basically the whole gneiss might be averaging 2g/t if you take it as a whole.

“But drilling such small targets is never going to be easy and, frankly, it’s not the approach you would take if you were serious about defining the potential of the field.” 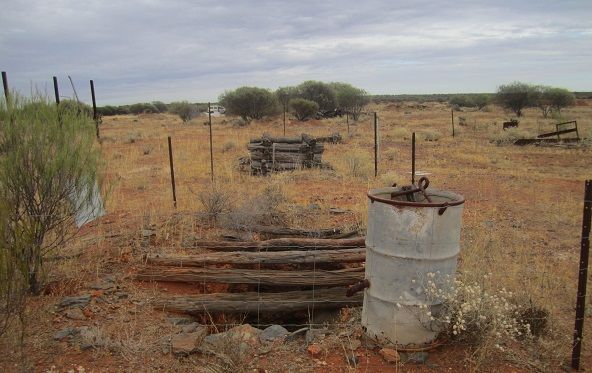 The new structural interpretation has also indicated the Primrose Fault splits in two south of the central Payne’s Find field, effectively doubling the strike length of the structure within Cervantes’ tenement area. Mineralisation associated with shearing along the divergent fault lines – in evidence at the previously mined Pansy and Green Heaven deposits – is seen as the more attractive exploration focus given its potential for thicker and more continuous mineralisation.

Pansy, a tiny pit in the southern portion of Cervantes’ groundholding, had some previous RC drilling on it which produced a ‘historical resource’ of 18,500t at a grade of 4.5g/t, but only to about 30m depth. Results indicated the mineralisation was open below this, presenting an obvious target for follow-up drilling later this year.

“Most of the rest of the [Primrose] strike is under thin cover and it was simply never looked at,” Crowe says.

Vost says the work by Crowe and his team backs his view that Payne’s Find, acquired by the company late last year, can be “a transformational project” for Cervantes.

The company’s shareholders recently approved the acquisition and a placement of shares up to A$1 million to fund the new aeromagnetic survey, some initial follow-up drilling on stand-out targets, and to settle the acquisition.

Previous (and recent) alluvial gold mining at Payne’s Find also points to the potential for that source of near-term production to contribute to Cervantes’ efforts to build on its new view of the asset’s geological base. The company plans to use equipment on site, and some of the funds raised, to complete a trenching program to provide samples for metallurgical testing.

“The technical review has given us an excellent roadmap for exploration at Payne’s Find and we expect to get on the ground and move forward quickly but with a real resolve to create value from this opportunity,” Vost says.

“This is a highly prospective piece of ground that has seen very little modern exploration, which is a bit surprising, and is completely free of Native Title claims.”

Doug Taylor, who owns the Payne’s Find Roadhouse and still owns some ground on the field, says past shafts such as his family’s Horseshoe and Ark, and the centrally located Carnation, that reached depths of up to 1,400-feet, consistently yielded high-grade gold (up to 2oz/t).

“Everything mined there averaged about 1oz to the tonne, so pretty good grade,” he says. “And all coarse, free-milling gold, so no trouble on that side of things.

“I’ve spent most of my life digging gold out of Payne’s find. I think it’s just a matter of someone now coming along and exploring it properly – spending the money on drilling rather than in Perth. I think Cervantes has the right people to make it work.” 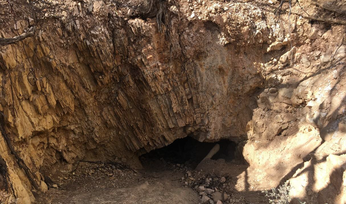 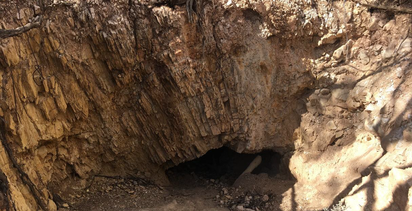