EMERGING at an opportune time in the mining investment cycle with one major project might be seen as good fortune. But having two high-quality projects surface simultaneously starts looking a lot like very good management. ‘Lucky’ Plymouth Minerals (ASX: PLH) showed considerable foresight and dexterity when a lot of its peers were eyeing the tech space two-to-three years ago. 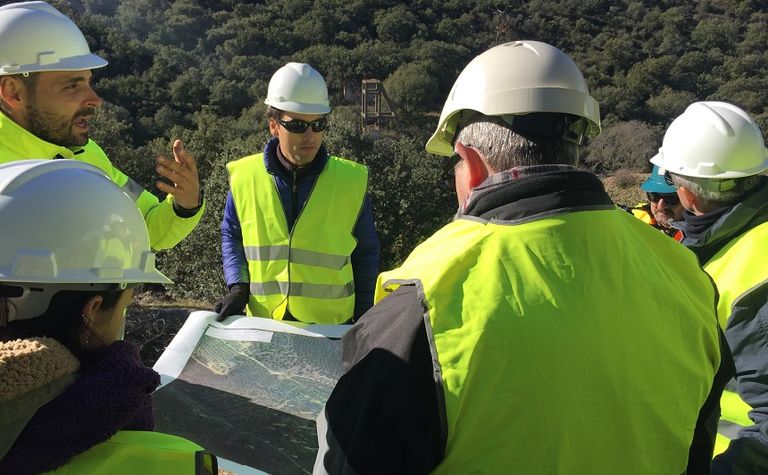 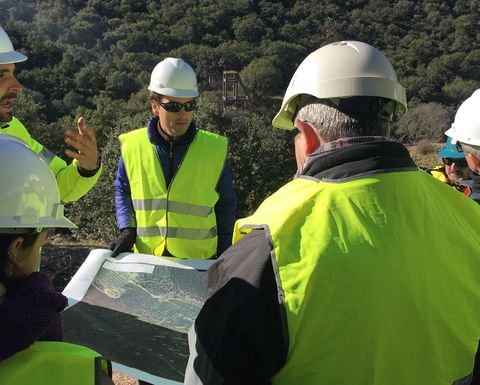 Extremadura Mines Department officials on a visit to San Jose

Plymouth managing director Adrian Byass was working in Spain to add value to the company’s tungsten project close to Salamanca, when in early 2015 Macquarie Bank joined forces with major Spanish engineering and construction group Sacyr to support its expansion in the mining market through Valoriza Mineria, a dedicated mining business unit.

Now Plymouth is working with Valoriza Mineria to develop the San Jose lithium deposit in Extremadura, one of three Spanish regions that host about 85% of the country’s mines. Plymouth and Sacyr won an Extremadura Government tender to secure the rights to San Jose, a former tin mining site with an outcropping lithium deposit and significant JORC resources, and are closing on the date when they will start that government’s mine permitting process.

A mining licence application submission outlining the mining, processing, economic modelling and marketing plan for lithium-tin production at San Jose is due with the regional government in October this year and Plymouth has sights on lithium supply in the world’s lowest-cost-quartile (with tin credits) based on the favourable geology and metallurgy of the mica-hosted deposit, and proximity to burgeoning European markets.

Meanwhile, it has just restarted drilling at San Jose to define extensions of this already massive project, and to upgrade inferred resources, which will feed fresh data into its mining submission and project studies.

Europe is blossoming as a huge demand centre for lithium with recent government and industry statements mandating non petrol/diesel vehicles only in France by 2040 and Volvo going all electric offering by 2019 to name a few. The raft of ‘giga factories’ being built is testament to this.

Byass says the zinnwaldite micas at San Jose, that are similar to other large deposits in Europe that have yielded premium-priced lithium carbonate on an industrial scale since the 1920s, typically run at 0.4-0.6% Li2O and, given the area of outcropping at the site, are considered amenable to low-cost bulk openpit mining. But at San Jose deeper drilling has also highlighted high-grade mineralisation (up to 1.6% Li2O) at depth that will eventually be looked at for its underground mining potential.

Investors will be hard-pressed to find a lithium project with the near-term production potential of San Jose, with its ready infrastructure, straightforward process flowsheet and the calibre of Plymouth’s partner. And you can throw in a regional government that seems reasonably keen to see a mine emerge given it initiated the asset bidding and then picked two go-forward companies to come up with a viable development plan.

Analysts at one Australian stockbroker, Hartleys, have punted on a circa-US$150 million project yielding up to 15,000 tonnes per annum of lithium carbonate (selling for about US$11,000/t) at around US$5,500/t all-in costs. For Byass, it’s too early to comment on such numbers, but he notes the big body of historic drilling and project assessment data that drove interest from Plymouth and Sacyr supports a plain view of a project that could become “a simple, cheap and current source of lithium carbonate for decades”. 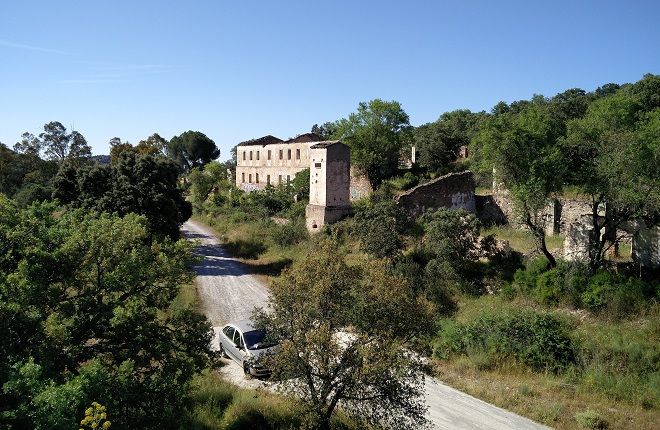 Plymouth’s early drilling results and met-scoping has only improved the view from a grade and process-cost perspective.

“This is a very good project within trucking distance of what is currently one-third of the world’s [lithium] consumption and growing rapidly,” Byass says.

“Europe consumes one-third of the world’s lithium and only produces 2% of the world’s lithium, and that comes out of the Iberian Peninsula already. Lithium carbonate is a high-value product that can be shipped around the world three times, but the demand is there in Europe for automotive and standby power applications as announced by Volvo VW Daimler and SAFT with nine battery gigafactories proposed in Europe. Local sourcing is becoming increasingly important across the main regional demand centres [Asia, North America and Europe] as China’s domestic market increases and absorbs all of the available lithium being produced.”

Alongside the San Jose lithium project and the 80%-owned Morille tin-tungsten project west of Madrid, Plymouth has the wholly-owned Banio potash project in Gabon which has all the hallmarks of a company-making asset in its own right.

Results from ongoing ‘twinning’ of old oil exploration drill-holes are demonstrating the veracity of previous results which suggested a 6-to-10-billion-tonne potash exploration target zone over a massive, shallow horizon at Banio, in the Congo Basin. Over the border in the Republic of Congo, ASX-listed Kore Potash (current market cap A$142 million) has 5.3Bt of 22.6% K2O at Kola, in the same sylvinite rocks of the basin.

Plymouth has CSA Global, which independently assessed Kore’s resource, working with it on the Banio resource calculation. Plymouth’s drilling has zeroed in on an area of sylvinite mineralisation with an exploration target of 260-420mt at 18-22% K2O on it.

“The price [of potash] is up 15% this year alone,” says Byass, who notes the current enterprise-value disparity between Plymouth’s asset and the more advanced Kore project. Plymouth’s market value was around A$29 million at the time of writing. Hartleys, for one, sees about four-times that value in Plymouth based mostly on the emerging San Jose project’s worth.

The company had A$4.8 million cash in the bank at its last quarterly announcement.

If the significant lithium and tin value was not a big enough story, Plymouth is sitting on something potentially massive in Gabon – a stable, resource-rich country on the coast in West Africa. The prize Plymouth is literally just uncovering (announced only days ago) is a self-claimed world class potash project. 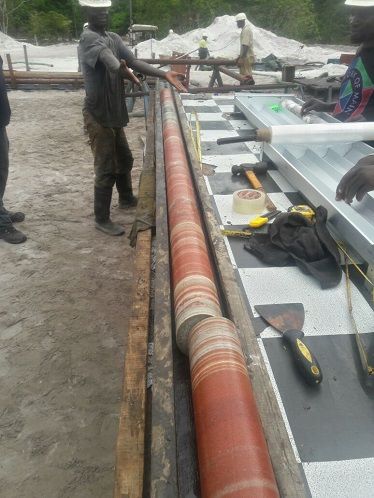 First assays back from drilling confirm a high-grade potash (sylvinite) discovery – much along the lines of what management has been predicting for some months.

Byass says potash is a bulk commodity that requires infrastructure and access to market. Being on the coast and a lagoon which allows barge transport, and having a port inside its tenement area, with ready market across the Atlantic, Banio “is shaping up very nicely”.

“The world’s biggest seaborne market for potash is Brazil, and the shortest shipping distance is from West Africa.

“There is no way on God’s green earth that this project [Banio] is not worth at least 10% of that [Kore value] just based on what is sitting there and their market capitalisation is well north of a $100 million. We’ve got a multi-billion-tonne exploration target, according to CSA, based on the historical drilling, which we have now confirmed with our own holes.

“I think the market can see with the drilling that we’ve now done in Gabon … that we will be delivering a JORC resource on that programme – it is there – and that’s going to shape up as a significant, world standard potash project, with the grade, tonnes, depth, infrastructure, location, the lot.

“It’s a great project that is fulfilling CSA’s exploration target estimate and one of two we picked up while [a number of] our peers changed course in the [recent global resources] downturn. We didn’t just go tech in 2014-2015, we diligently reviewed promising projects and acquired some good assets. In 2016 we raised the capital to take these assets, which were non-JORC, historically studied or drilled assets, and developed them into the shape they are now.

“Having acquired two significant projects in a weaker market is good insurance in case one of them takes longer to develop. But now they’ve proven themselves, and the market has rewarded us with the increase in our share price [up 25% since November last year] for that binary success, the imperative now is to provide vehicles for banking, finance and investment that can actually be single-project focused, to minimise the time and maximise the returns. 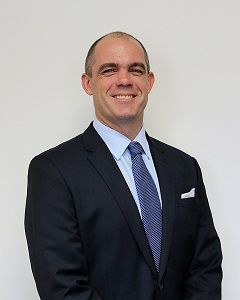 “The two projects will diverge from here in terms of the time to production, and capex, and there are different kinds of strategic investors that like to become involved in these two types of projects.

“So we do need to be splitting and divesting Plymouth into two entities and there are a variety of ways that could happen.”

Adding to a board that has experience of permitting a significant project and bringing it into production in Europe (Wolf Minerals’ Hemerdon tungsten-tin mine in England is the UK’s first new mine in 40 years), Plymouth recently welcomed Kevin Tomlinson as non-executive chairman. The former investment banker and Centamin board member has more than 30 years’ mining and finance experience in the Toronto, Australian and London markets, and these days is based in London.

Byass says the timing of the appointment is crucial in the context of Plymouth’s development juncture.

“With the JORC resources in place we go past that period where there has been a binary risk of success or failure at the technical level,” he says.

“As a binary success or failure story, this one is basically done. We’re finalising the technical detail that allows people to correctly value the assets individually, rather than trying to guess how much of our total enterprise value is made of Yin or Yang.

“Beyond that it’s now about fully unlocking the value within the company.” 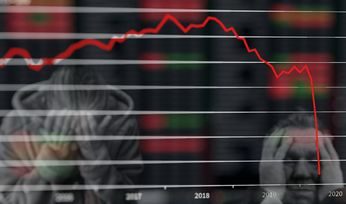 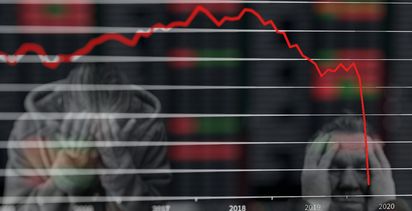