APTLY named Investigator Resources (ASX: IVR) has been literally opening up new frontiers in South Australian mineral exploration in recent years. In that time it has been among the state’s busiest explorers. The next six months are set to put an exclamation mark next to the value generated by those efforts. 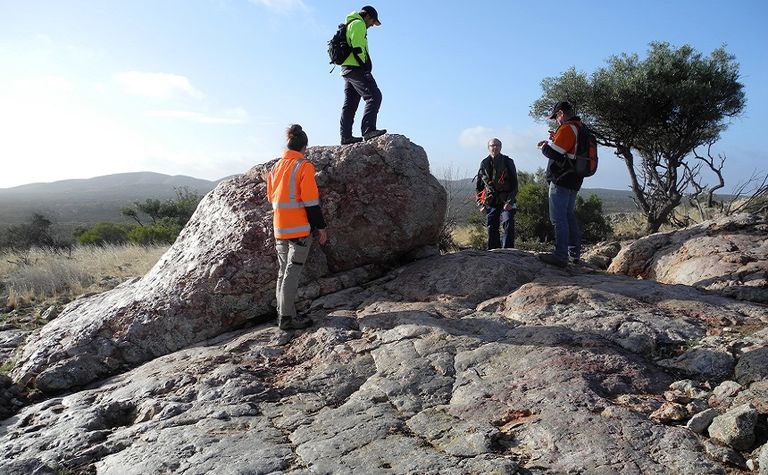 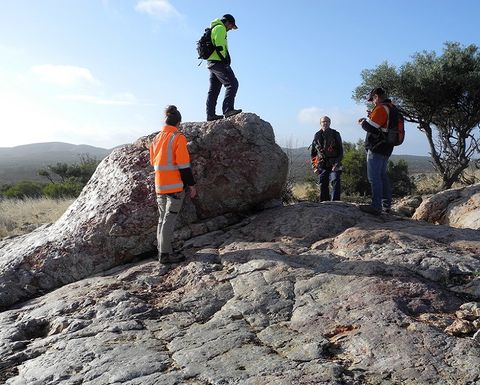 Already advancing the high-quality Paris silver project toward delivery of a pre-feasibilty study in the current half, Investigator has intriguing gold-silver epithermal, porphyry gold-copper and iron ore-copper-gold (IOCG) targets generated by ground-breaking exploration, and an exploration model that has won consistent backing from investors and even government. The company has earned several government grants for its exploration and research programs on South Australia’s under-explored northern Eyre Peninsula.

And just in the past few weeks the company announced results of scout drilling earlier this year on the Thurlga Joint Venture ground (with Andromeda Metals) adjacent to Paris, which it now controls. Shallow drilling on soil anomalies aimed at Paris-style silver deposits hit anomalous silver and base metal at two prospects, Wide and Ironstone South, that will be the focus of further evaluation along with new targeted structures extending from the Paris district.

“Investigator has secured a strategic holding at Thurlga [through its JV expenditure] adjacent to our advancing Paris silver project,” Anderson says.

“The initial drill results and new ideas from Paris are elevating the potential for silver targets at Thurlga along covered structures with poor surface signatures.”

The graphite detection is seen as further illustration of the under-explored and revitalised geology of the region, referred to by Investigator as the Uno Province, with the company’s work picking up extensive signs of the mineral for the first time.

Notable, too, has been the entry of companies such as Evolution Mining and Alliances Resources into new joint ventures in the area.

“As first mover, we welcome the recent entries of Alliance and Evolution under exploration joint ventures with our immediate neighbours and their supporting recognition of the emerging Uno province,” Anderson says. 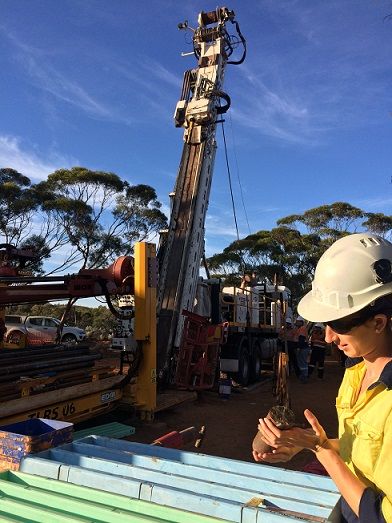 “Investigator’s concepts have already added epithermal silver as a new substantial style for that commodity to the state.

“The flow-on idea of porphyry copper-gold adds a new style. Although well-established overseas as the main source of copper, it was unexpected by accepted dogma as a potential new dimension to the exploration space in the Gawler Craton.

“With our foundation Paris project getting larger and more advanced, the company has good exposure to the cyclic silver market which offers more frequent uplifts than most metals.

“And I see our concept of porphyry copper-gold deposits having formed at the same time as Olympic Dam firming progressively each time we drill. It is giving Investigator first-mover advantages of filling the widely discussed deposit gap between Olympic Dam and the smaller IOCG deposits in the Gawler Craton.”

Investigator continues to seek a joint venture partner for the copper gold porphyry exploration at Paris-Nankivel, which will require considerable funding whether it’s deep or shallow targets being drilled. The former are likely to occur from about 600m below surface, based on the company’s modelling to date. Investigator’s limited drilling so far looks to have penetrated into a multi-phase porphyry mineral system, which is “pretty exciting”, according to Anderson. The company has compiled a Nankivel ‘data room’ and has had interested parties viewing the latest core samples that have been laid out.

“The first one is the beefed up potential for further shallow epithermal deposits that we will explore ourselves down to 150m below the surface as open-pittable add-ons to the Paris silver project.

“The second is the breakthrough concept of underlying porphyry copper gold deposits.

“We consider Nankivel is the same age as Olympic Dam, making it one of the oldest geologically in the world with potential for world-class copper discoveries. We’re convinced they [rocks] are Olympic Dam age, but [present] quite a different style of mineralisation. The dogmatists say, well that’s not possible – you can’t have an epithermal-porphyry environment at the same time as Olympic Dam was forming. But we’re saying we’ve got it.

“We have to change our original models … or even change our model of Olympic Dam.

“This is quite significant.

“We’ve hit the full porphyry alteration sequence, which gives us the opportunity for high-grade copper, gold and silver targets at the top of the hole. We’re now realising that has a lot of analogies with Paris itself.

“The Paris and other epithermal targets are considered to be the top of the youngest mineralising phase.

“We have five new or revitalised shallow epithermal targets prioritised for testing.

“A broad RC percussion drill program has been completed at Nankivel and we are waiting on the assays to vector into shallow epithermal targets and down to deeper porphyry targets using the same multi-elements applied to the Paris geo-met work.

“An extensive expansion to the 2016 induced polarisation (IP) geophysical survey is planned to better define the other four epithermal targets at Nankivel West, Helen, Argos and Alexander. As the same IP survey will underpin the exploration for underlying porphyry targets, it will be held-over until we secure a JV partner for the deeper targets.”

Investigator is meanwhile moving forward with advanced metallurgical testing of the Paris silver resource (42 million ounces at 139g/t average silver grade) to build on earlier, positive met-testing. It is also planning to drill a palaeochannel 12km east of Paris that looms as a possible water source and part of the project’s hydrological assessment.

“We believe Paris is the best undeveloped silver project in Australia due to its strong combination of silver grade and contained silver ounces,” Anderson says.

“Paris’s grade of 139g/t silver, at a relatively high lower cut-off of 50g/t, is significantly higher than peer silver deposits that are also likely to be open-pittable.

“The global expenditure on silver exploration has halved since 2011 and the reliance on narrow deep veins in Latin America must wane eventually. A shortage of new shallow deposits with strong open-pittable grades like Paris is likely to redirect attention our way soon.”

Anderson says Investigator is taking slightly longer than previously indicated with metallurgical testing while it adds the step of improving the characterisation of the geo-metallurgical domains within the Paris deposit.

“This is being done by consultants using the state-of-the-art multi-element ratios to separate the oxidised, transitional, sulphide and other mineralogical samples before they are classified and submitted to the metallurgical lab for more detailed testing of the positive attributes that were established by the preliminary 2013 lab testing on a smaller sample batch,” he says.

On the hydrological study front, six holes have been drilled including two into the Paris resource footprint. Anderson says these are measuring the depth and permeability of targeted aquifers, as well as water salinity and pH, and early flow tests.

Anderson said Investigator was continuing silver exploration in support of its main objective of developing Paris.

“We are undertaking a soil survey of the revised target at Alexander West along the newly interpreted mineralising dyke extending west from Paris,” he says. Further west along the same structure it now has 75% of Thurlga and its silver potential. 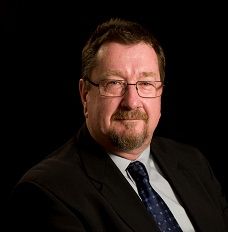 Paris, says Anderson, is “a hell of a signal that we are in a big system”.

“We’ve got to 42Moz of silver, which is not inconsequential, and it’s heading towards being a standalone, open-pittable, high-grade silver deposit in its own right, which is very significant for a company our size.

“Beyond that, we’ve got multiple drill targets staring us in the face.

“We’ll certainly be moving on the Nankivel high-sulphidation target that we’ve talked about, which has a lot of compatibility with Paris.

“We won’t start until we get all the data in from the recent drilling and establish a JV farmout.

“As first-comers to a new field with new deposit styles in a pedigree belt, we are looking forward to some positive surprises as we aim to continue to make the first round of discoveries initiated by the Paris silver deposit.

“The geology at Nankivel is right for a newly established hydrothermal system with high-sulphidation and porphyry potential.

“I believe Investigator is very close to making another discovery of both, either, or a large variant peculiar to the Gawler Craton.” 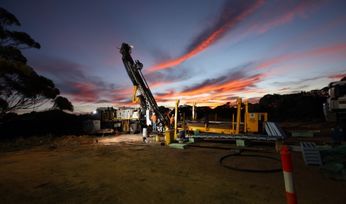 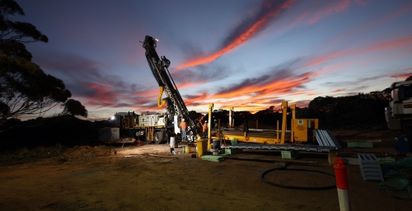 Dundee doubles up at Big River