ALTO Metals’ (ASX: AME) outstanding ground position in one of Western Australia’s prime gold addresses – around the past-producing Sandstone plant and pits – is sure to become a bigger talking point in coming weeks as results start to flow from the company’s drilling on under-explored primary targets within the large district landholding. 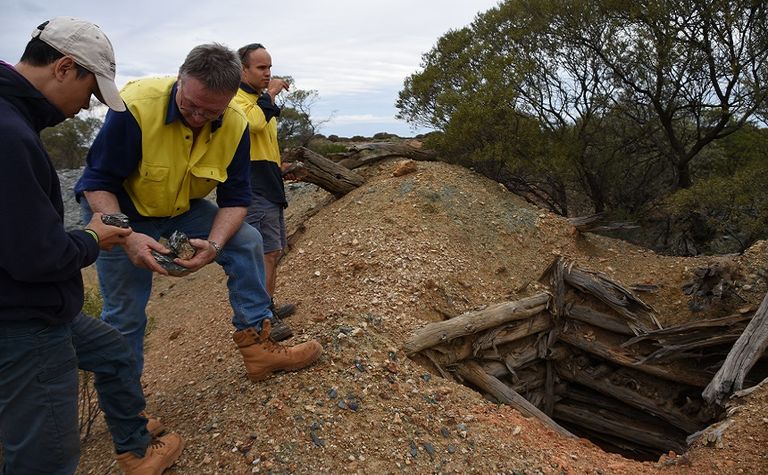 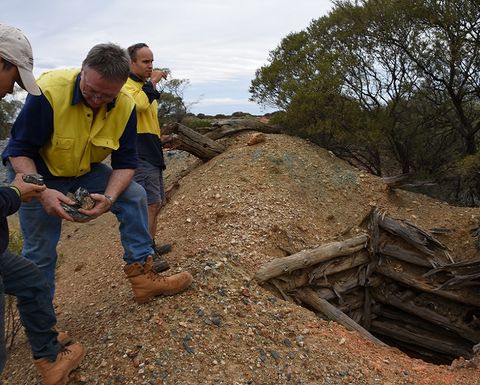 The company has announced promising composite-sample assays from a high-grade find north of existing mineral resources at Vanguard (circa 16,000oz indicated and inferred), and also from intersections over 300m of strike at Indomitable on the same north-west trending sequence of mafic and ultramafic rocks.

Indomitable is east of the old Bulchina pit that produced about 230,000oz (two million tonnes grading 3.6g/t) for Troy Resources between 1999 and 2004.

The intersections from more than 90 aircore holes completed earlier this year at Vanguard, Indomitable and several other prospects has confirmed the presence of widespread near-surface gold on a smallish patch of one of the state’s major historical goldfields. Prior to starting its drilling Alto completed the acquisition of extensive high-resolution airborne magnetic and radiometric data, Induced Polarisation (IP) surveys and a litho-structural interpretation to identify conceptual gold targets.

The company has about 720sq.km of ground at Sandstone and believes the district is under-explored because, like a lot of other prime real estate in some of WA’s most productive gold fields, it’s generally only been explored above 100m vertical depth and in the case of Sandstone that exploration has itself not been extensive.

The goldfield has yielded about 1.3 million ounces and at one point in the middle of last century had about 130 individual mines dotted through the district. Yet there are only five small (by WA goldfields standards) open pits on the field today and there hasn’t been any underground mining for more than 100 years.

The former operator didn’t invest in conversion of the front-end of an aging plant so it could handle hard rock, so it remained an oxide plant through its life and pits at Oroya and Bull Oak (mined by Herald Resources), and Lord Henry, Lord Nelson and Bulchina stopped when they hit primary rock. Alto has observed that in some other areas the hard rock was only 20m or so from surface and minimal exploration was completed in these areas. 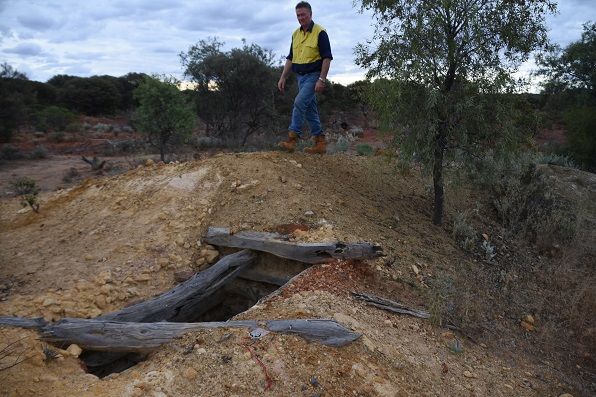 Suffice to say numerous areas – including under existing pits – remain to be fully explored and there are now as many as nine plants within about 200km of Sandstone that could handle its high-grade primary (and oxide) rocks if suitable resources can be defined.

Near term it wants to find relatively shallow gold deposits that can be economically developed as small mining projects (SMPs) with ore trucked to one of the nearby gold plants. Indomitable, Vanguard North, and existing deposits such Lord Nelson and Lord Henry, are among priority targets.

In the medium-to- longer term, Ryan sees the discovery of major “Western Australian class”, plus-1- million-oz oxide and/or primary gold deposits as the main game, with these forming the basis of a standalone mining and processing hub.

“Our preferred SMP model would be similar to that being employed by Southern Gold [ASX: SAU) at Cannon [Bulong in WA] where the owner explores, define a resource and starts the approval process over a project area, and then seeks a mill owner with a view to mining, trucking and treating the ore on a 50/50 basis,” Ryan says.

“The advantage of this approach is that operating costs are at cost and no toll treatment charges [typically ranging from $20-50/t] are incurred. The operating company incurs all the mining and treatment costs and then deducts them from the realised revenues, after which the profits are split 50/50 with monthly payments to the resource owner.” 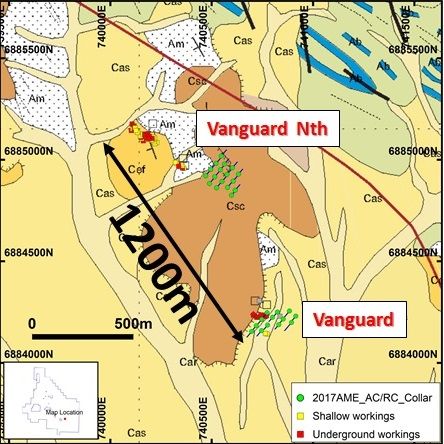 Alto sees its Lords project area, covering an area about 3km wide and including the Lord Henry and Lord Nelson openpit areas, as the most advanced of its potential SMP operations, among seven primary project areas at Sandstone.

The high-grade Lord Nelson mineralisation has been drilled to 80m below the open pit, but the gold ore below the pit was not mined due to the hard nature of the ore and the prevailing lower gold price.  A similar situation exists at Lord Henry, where fresh hard rock was encountered about 30m below surface and the pit was then abandoned.

Ryan says a similar scenario is evident across other parts of the field.

“Previous exploration drilling at Sanstone was largely on east-west grids, but Alto is making use of the historical workings and the company’s geological interpretation to orientate its drilling direction.”

For example at Vanguard, west of the Lords area, we have modelled a series of north-west/south-east structures and oriented our drilling accordingly, in contrast to the mainly east-west drilling focus pursued by Troy.

“Our drill intersections so far at Vanguard North show there might be two trends for the plus-5g/t mineralisation – west-north-west/east-south-east, and north-west/south-east,” Ryan says. Alto’s 4m composite intercepts across the shallow-dipping section of mineralisation, which continues over more than 200m of defined strike, included results such as 13.2g/t, 12.1g/t, 9.1g/t, 8.1g/t, 6.8g/t and 5.8g/t.

The company also drilled for a north-west/south-east structure immediately east of Vanguard and reported in June results of 4m at 6.4g/t, 4.3g/t, 4.1g/t and 3g/t in relatively shallow 4m composite samples.

Ryan also says there are historic mullock heaps and battery sand deposits on surface which need to be sampled and assayed, and which could generate production options and early cash flow.

Both have to be regarded as “low hanging fruit”. 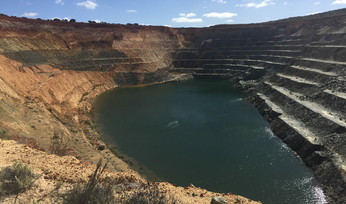 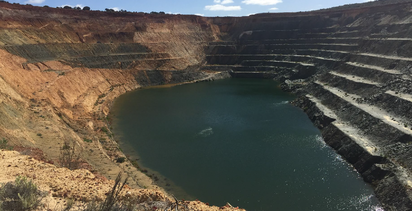