RESOURCEStocks: A flat result from Nifty in Western Australia in the March quarter as you mined a lot of remnant ore and continued to reset the mining focus on new stoping areas. So, circa 20,000tpa copper production run rate versus the 35,000tpa you’re targeting in the second half of this calendar year, and 40,000tpa from the start of 2018. How does the new stope-ore inventory currently look/what is it likely to look like at the end of June, in terms of stope fronts (how many) and tonnes? 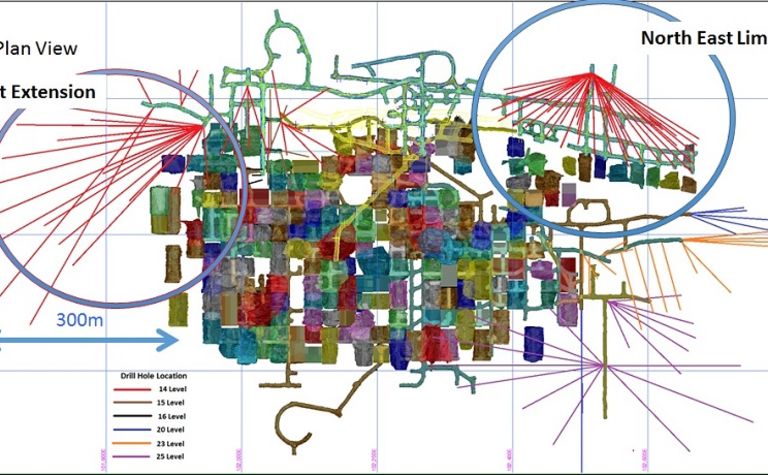 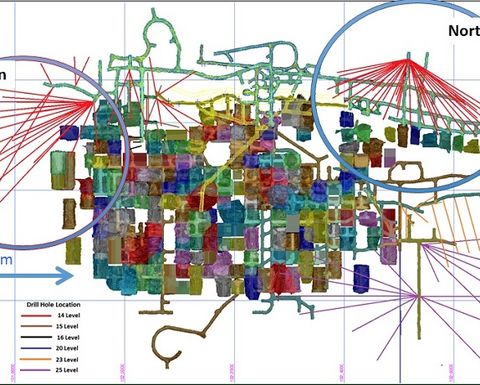 Warren Hallam: A few slides from our most recent presentation (see above and below) tell it best, but we have identified an area called the North East Limb which contains over 500,000 tonnes of ore across two levels and we can mine subsequent levels below this. This is the area we have spoken about in the quarterly where we will have access to the West end this quarter and the East end next quarter and will be setting up stoping. In addition to this we have identified mineralisation 200m past the current mining horizon to the west end which we are currently driving out to.

RS: How will average head grade change over the next 3-9 months, all going to plan?

WH: The resource grade is currently 1.85% and the average grade mined historically has been over 2% and we would expect to come back into line with this.

RS: How much development have you had to do/what budgeting for over the balance of the current quarter/calendar year?

WH: The mine infrastructure is already in place with a 3Mt underground crusher and conveyor system. The orebody has only been mined over 600m for the last 10 years for approximately 300,000t of copper, so it does not require massive development. The requirement is to set up the stopes as they are large and many and takes time. 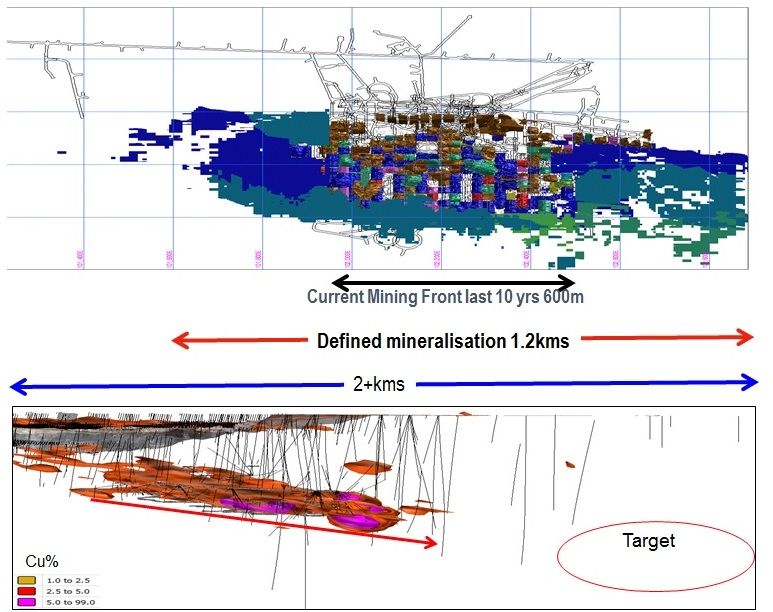 RS: What impact does this development capex have on production costs?

WH: Most of the development is in operating as we are setting up stoping for mining in the next 12-18 months, so development is less than A$1 million per quarter.

RS: What about new capex for equipment/fleet refurbishment, from the time you took over operations, to end of FY17?

WH: We have spent about $2 million on refurbishment and have a similar amount to go.

RS: How much resource extension drilling done so far (your tenure) and how much to come this year?

WH: We have completed about 14,000m of drilling already, however, all of this needs to be logged, cut and assayed, so we do have a fair back log. We have been drilling around 80m per day.

RS: What have been the main highlights of the drilling (all) completed so far? 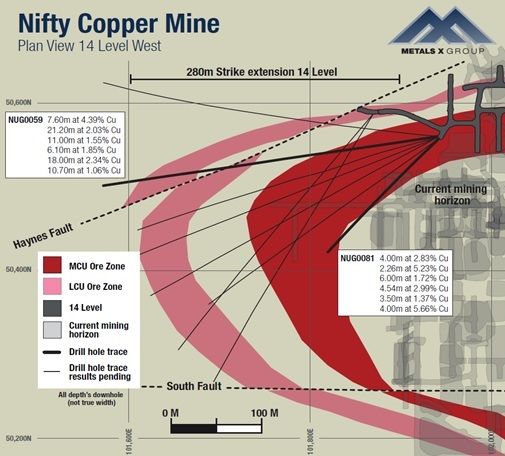 RS: The new survey work you are doing (seismic/geophysics, etc) and drill-core assessment, as well as the high-grade copper that continues to be intersected at depth and along strike at Nifty, and in the district (Maroochydore, etc), all tends to point to the fact that this is an area you’ve bought into as much for the latent exploration potential/reserve-growth potential, as much as for the near-term production/cash flow upside – both despite Nifty being a relatively mature mine. Coming up to a year since you took ownership of Nifty and Maroochydore, what have been the best surprises you’ve got so far, and how would you characterise the ‘potential’ you’re now seeing in the mine and district?

WH: We have only had control since September, however, we have been surprised as to the potential of the tenements we have. There is a clear copper belt over 200km and a parallel lead/zinc belt which have numerous identified mineralised zones over many kilometres. Most of the area has not been explored since WMC days in the early 90s and overlaying 25 years of advancements in geo physics we expect to get a real understanding of the potential which we think is significant. We have reprocessed 3D IP data over Nifty and Maroochydore, have completed gravity over all of the leases which is now being interpreted, we will be commencing VTEM over Maroochydore in June, have commenced seismic at Nifty and will be commencing drilling initially at Maroochydore in [June].

RS: On the other side of the country, at Australia’s biggest tin mine, you’re still reaping about A$10 million a quarter from your 50% share of Renison’s 1,700-1,800t of tin (in concentrate) output, at C1 costs around A$11,500-11,600/t versus current prices of $26,000-27,000/t. You’ve, along with JV partner Yunnan Tin of China, done all the necessary work on a A$13 million expansion to increase tin production by 15-20%pa – surely one of the most appealing expansion projects you’ve seen in your time. Firstly, how far away from awarding the main contracts for the 40-week construction phase, and when is it likely to start?

WH: Yes, this is a very low cost expansion with a payback of less than a year. The awarding of the contract is imminent and we expect the project will be in production very early 2018.

RS: Secondly, you’ve got resource optimisation and mine-plan changes to come. When will that be done/key outcomes expected?

WH: Effectively we will be expanding the mine by approximately an additional 200,000tpa. Over the last 18 months we have been developing additional areas within the underground mine to coincide with the construction of the ore sorting and have now slowed own the advancement as we had accumulated a stockpile of around 30,000t. We currently have over eight years of reserves and 16 years of resource and we know we have the capacity to add to this. An updated reserve and resource will be reported at the end of June.

RS: What will be the overall impact on Renison’s operating costs – you’ve said you want to bring the operation into the tin world’s lowest-cost quartile?

WH: With the ore sorting we believe we will reduce the cost by a further $1,000/t to an AISC of around $17,000/t which as you point out when compared to the current price is a $10,000 cash margin per tonne and we still expect tin prices to significantly increase over the next two years.

RS: Has the Rentails project decision been somewhat delayed/revised opex in particular disappointing?

WH: No the results were as expected and probably better. Overall the operating costs over the last eight years have only increased by 15% and the capital is virtually the same. This is mainly as a result of the initial feasibility being completed in the mining boom.

RS: What further scope refinements could be looked at?

WH: We have completed the update and models and are now packaging it up for finance option discussions with the banks.

RS: Over at the major Wingellina nickel-cobalt-copper project in central Australia, what are the next steps toward determining the economics of a cobalt-focussed start-up operation?

WH: As mentioned in the quarterly we have tested ore through an alternative POSCO proprietary process which main benefits allow the installation of 10,000tpa nickel modules as opposed to the 40,000tpa nickel HPAL option. This will substantially drop the capital hurdle and enable the additional of subsequent units along the way. We are currently discussing these various options with POSCO. The HPAL is economic, the issue though is that the capital hurdle is high as a result of the project being so large. 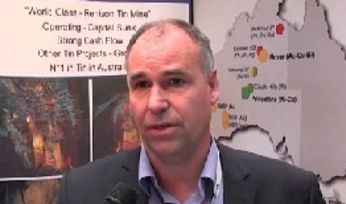 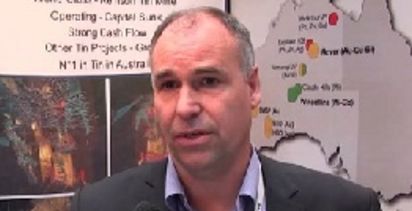