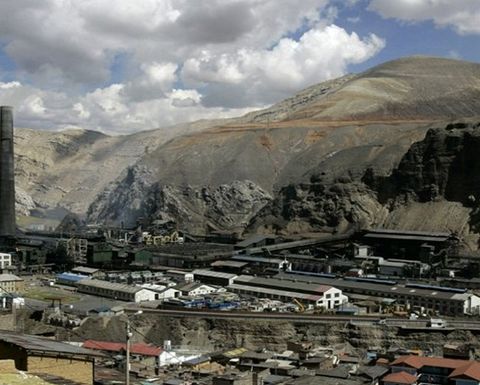 “In a new environment that is pro-investment, we offer access to one of the world’s few polymetallic complexes and to a high-potential copper mine with exceptional reserve horizons,” says Pablo Peschiera, insolvency administrator at Dirige SAC, which was appointed in October 2015 to administer the sale process.

“These units allow Doe Run Peru to provide unparalleled access to a foothold in the world’s copper industry while offering refinery capacities to capture numerous products for sale on the international market.”

The board of creditors have established a base value of US$407 million ($337 million for La Oroya and $70 million for Cobriza) against which, under the auction structure, interested parties will have to submit bids for no less than two-thirds of that amount: $271 million. The company is looking for investors and operators with the experience and capital to upgrade the copper processing circuit to comply with air quality regulations. The creditors require that both the smelter and mine be sold simultaneously, although not necessarily to the same party.

“The company is aware that smelting and mining are different skill sets and that such companies may be interested in pooling their resources via a consortium to participate in the auction process,” says Peschiera.

Doe Run Peru entered into the local equivalent of Chapter 11 bankruptcy proceedings after it failed to complete the necessary investment to meet air quality standards for the copper processing circuit. It completed eight of nine projects agreed with the government under an environmental adaptation programme (PAMA), but not the final project that included developing a sulphuric acid plant for the copper circuit.

“The lead and zinc circuits are practically ready to operate and the buyer could start generating cash flow from these whilst making the investment to upgrade the copper circuit,” he says.

The Peruvian government’s air quality standards for smelters have been amongst the strictest in the world, stricter even than in developed countries such as Canada and Australia. Following feedback from the private business sector and from regulators in other countries, the government has realized the need to adjust these standards to align them with prevailing international standards to attract private investment to the country.

Accordingly, in April it pre-published the proposed new national air quality standards (AQS). Under this proposal, the AQS for Sulphur dioxide (SO2) will be situated at 250μg/m3 from the current level of 20μg/m3.

“The environment ministry is expected to issue a decree with the amended standard shortly, and once this is in place, we estimate that the investment required to bring the copper processing circuit into compliance will be $300-350 million, although each bidder will make its own cost estimates based on what technology and processes they think will best meet the standard,” says Peschiera.

With metals prices rising as a new bull market gathers pace, the government hopes that La Oroya will become a pole of development for the base metals sector in central Peru by providing a local processing facility for concentrates.

La Oroya is strategically located close to railroads and Peru’s highway system, with access to hydroelectric power and water supplies, and in relative proximity to the Callao port to export products around the world.

In addition to lead, zinc and copper, La Oroya can produce gold and silver, as well as more exotic metals such as bismuth, selenium, tellurium, antimony and indium. The complex was designed to process ores from the region and has 51 patents relating to its processing technologies.

The community supports restarting operations at the La Oroya Metallurgical Complex, which provided and will provide the main source of employment in the area.

The Cobriza copper mine in Huancavelica, some 340km from the La Oroya smelter, formerly supplied about 30% of the concentrate that was processed in the copper circuit. The mine continues to operate but somewhat shy of 50% capacity at 4,200 tonnes per day of ore, with its concentrates sold into the commercial market. Following the auction process Cobriza could once again supply concentrates to La Oroya’s copper smelting process, complementing the supply from other mines in the region.

The mine has resources of 46.7 million tonnes grading 0.95% copper and 18.03g/t silver, including NI 43-101 compliant reserves of 19.5Mt grading 1.08% copper and 22.36g/t silver, and with 51,896 hectares of concessions to explore, there could be considerable potential to increase production. “Cobriza is only exploiting 4,800 hectares and next to the current mine an ore deposit has already been identified. There is a lot of mineral exploration potential there,” says Peschiera.

Companies interested in bidding for the assets need to register their expression of interest and deposit a seriousness bond equivalent to about 10% of the reference value. 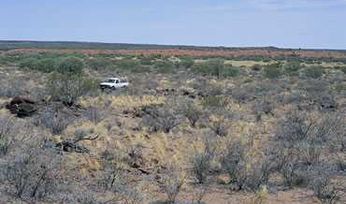 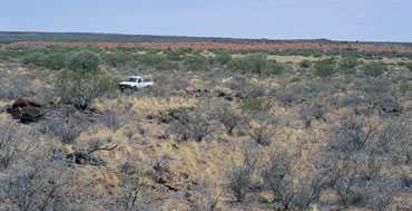