Golden sons rising in the West

Talk at an RBC gold forum in London this month reinforced key themes for sector leaders: the need for careful capital allocation, balance sheet strength, and maximising free cash flow, and a prevailing view that value in brownfields growth rates ahead of M&A. Australia’s next mid-tier gold producer, Westgold Resources, could have been the event’s poster child. 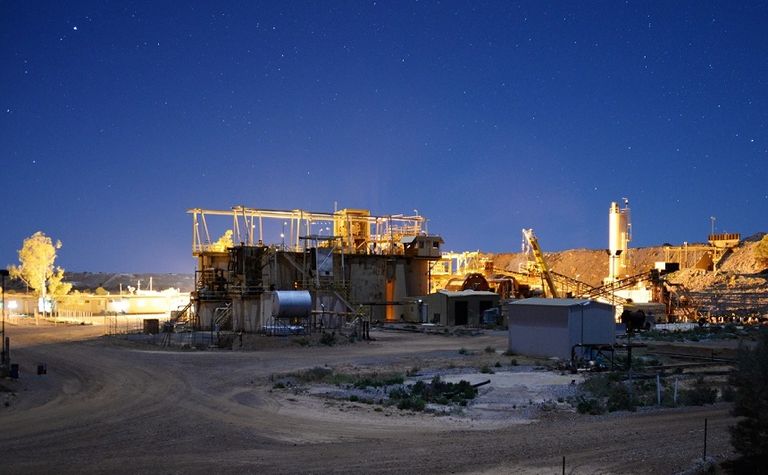 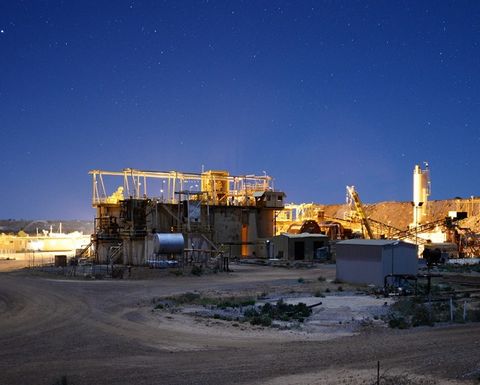 Westgold, set to rejoin the ASX list after a proposed demerger from Metals X – and move straight into the country’s top-10 ASX-listed gold producers, has been built on a platform of astute deal-making and highly disciplined capital use. It generated average cash margins of A$500/ounce (US$375/oz] on 65,000oz of production in the latest quarter.

Debt-free Westgold starts its new life with more than A$110 million (US$82 million) in the bank.

And four processing plants with 5.5 million tonnes per annum of milling capacity offer the sort of M&A leverage Westgold management has used to telling effect over the past two decades.

CEO Peter Cook says the company won’t be in the market for a $500 million gold asset, funded by debt, or sit through an 18-month project build for a large project and similarly carry the finance risk for two years or more. “Even if it looks good on paper … we just don’t do that. If things don’t go right they can go badly wrong. It is not our cup of tea,” he said. “For us it’s been about limiting capital exposure, removing the construction risk and timing risk. We’re quite happy to take on small project refurbishment risks because it’s usually over a relatively short time frame.

“Our model has been about managing and minimising operating risk. I suppose we’ve also shown we can fix other peoples’ failed projects.”

Circumstances, too, have played a part in Westgold picking up quality assets at cheap prices, whether through good timing, seeing value where others no longer did, or were just ready to exit, and seeing a different mining or milling strategy changing the dynamics – and profitability – of a project.

The scrip deal in mid-2015 to pick up the Mt Henry gold project, 75km south of Westgold’s Higginsville gold plant, and its 1.65Moz of reserves and resources, is a case in point. The previous owners couldn’t justify building a standalone 3Mtpa plant. Westgold already had a plant. Cook said at the time Mt Henry presented an option to fill the Higginsville process plant “for at least another 10 years on its own, and presents several substantial expansion options”.

In the quarter just finished the new openpit mine started production – started to fulfil that promise.

“Once we’ve bought the physical capital infrastructure in place around mines, our growth is about securing long-term life from the resources that sit within trucking distance from the infrastructure,” Cook said.

“The junior end [of the gold sector] is still very much under-funded, so there are opportunities out there to use your capital infrastructure and buy the projects that can’t stand alone, that sit around you, off the unfunded juniors. Or do joint ventures like we’ve done with [Southern Gold at] Cannon at South Kalgoorlie.

“Other than that sort of thing we’re not seeing much worth buying that is more valuable than us reinvesting more capital in updating our resource base and reserves.”

With its existing 15.4Moz resource and 2.89Moz reserve base, Westgold is among the top handful of ASX-listed mid-tier gold producers, though its nominal enterprise value per reserve and resource ounce has lagged well behind the others due to it being part of a diversified entity during the ‘build phase’ of the business.

Pricing on the consensus net asset valuation of external institutions (0.61x NAV) is also 40-70% below the levels of peers with comparable reserve and production profiles, and 30% below that of the sector average in Australia.

“We made a conscious decision to move back into gold because it’s a commodity the market understands. But we’ve clearly not been rated as a gold producer the way the pure-play gold companies have,” Cook said.

“Most of the North American investors and institutions that have been pouring money into ASX gold stocks only buy pure-play golds … and they’ve been seeking out the immediate free cash flow promised, and now being delivered, by Australian companies who have the benefit of the Australian-dollar depreciation [against the USD].

“And we weren’t participating in that.

“What’s unique about the relisting of Westgold [a former ASX listing picked up in a 2012 merger] is we’re doing it with an information memorandum, not a prospectus. There is no new capital raising and no loss of equity for shareholders, just the in specie distribution of Westgold shares to existing Metals X holders.” 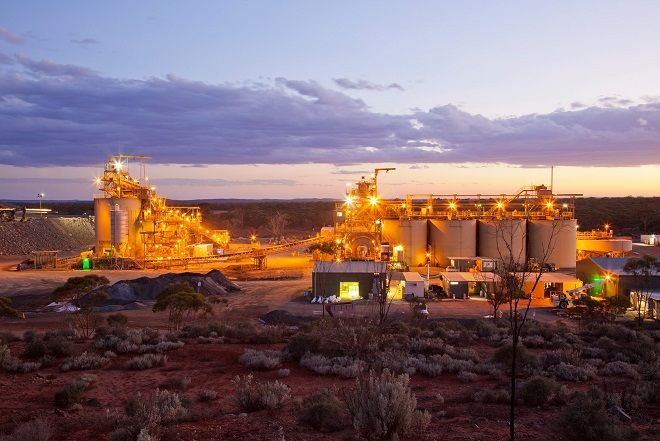 Higginsville, south of Kalgoorlie ... a 100,000ozpa-plus hub for Westgold

Looking ahead, looking back

In keeping with its strategy, Westgold has assembled a host of options to sustain long-term production at or above 100,000ozpa at its three core WA gold centres at Higginsville, South Kalgoorlie and Central Murchison, with the latter clearly having the potential – and pedigree – to support a far bigger production base.

It has also added the refurbished Fortnum plant, and a five-year initial development pipeline in the Peak Hill gold district, into the mix. Dry commissioning is targeted for Fortnum by year end after a modest $15 million of pre-production capex, and gold production will commence early next year.

Cook’s and Westgold chairman Peter Newton’s return to the Murchison field, where they made a name and a lot of money for investors in the 1990s with Hill 50 Gold Mines at Mt Magnet, is a case of going “back to the future”, says Cook, in the sense that the district’s mainstay producers have been big underground mines that, once rejuvenated, are expected to underpin significant production growth for Westgold in an under-explored and ultimately under-developed gold field.

“There’s some bodies buried in the central Murchison … it’s been a bit of a graveyard since we made good money out of it with Hill 50,” Cook said.

“The reasons are they’ve all tried to rebuild little parts of it and what we’ve been able to do is aggregate all of those historical gold mining centres – seven of them, with historic production of 10-12Moz – including the underground centres that have provided most of the profitable ounces.

“When you go and decipher what makes it click, there’s four big underground mines at Big Bell, Great Fingall, Day Dawn and Triton [at Reedy’s] that have produced more than half the gold and the real key to getting it all back into long-term, sustainable production is to get back into the underground mines … that don’t die, they just get deeper.”

Smaller opencuts, and underground mines such as Paddy’s Flat at Meekatharra, and Comet, both now restarted, are providing “bridging” production while the larger sites are prepared (including dewatering) for new life.

Cook said long-term planning and scheduling, with commensurate geotechnical, development and production strategies, opened up new possibilities at mines such as Big Bell, a famous name abandoned with significant reserves and resources at what were still relatively shallow working depths (just over 500m).

“Big Bell just needs a different mining method and you need to be respectful of the orebody,” Cook said.

“We’re actually going to mine it at half the rate it was previously mined at – we’re planning to produce about 1Mtpa as opposed to 2Mtpa.

“But we have short-term and long-term plans for the Central Murchison, which has something like 78 separate [historic] mines in the region, and a sequence of development and capex that will see production built to high, sustainable levels around those important underground centres.

“The openpits are just fodder [for the plants]; the undergrounds provide the grade and support the long-term cost profile.”

“We’re probably the first company going in there that’s got the financial capacity … and I suppose in way the technical capability to do it, having done it before,” Cook said.

“You’ve had a lot of explorers try to do things [in the region].”

Australia-focussed, Westgold has a circa A$20 million annual budgeted exploration spend, with a focus on near-mine resource-to-reserve conversion.

“We try to keep our geologists commercially oriented,” Cook said.

“We’re on the 80-20 rule in exploration: 80% focused on mine development plans, and filling the gaps, and bringing things into the long-term mine plans, and 20% focussed on something that will make a difference.” 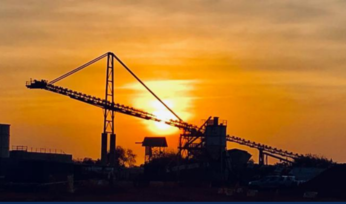 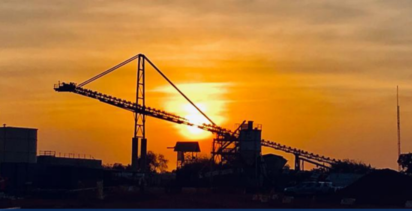 Taking stock of the 'golden' days