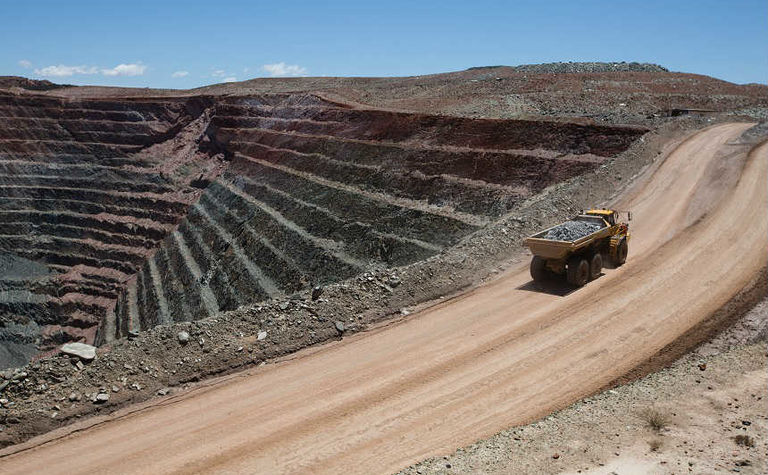 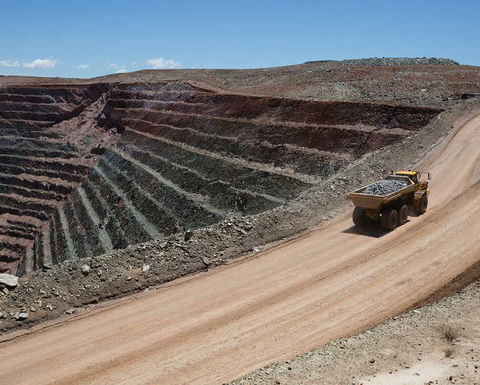 It will soon be debt-free and cashed up to progress a solid pipeline of growth opportunities.

The company has emerged from the shadow of A$400 million debt, which it expects to finish paying off in the near future, well ahead of its scheduled maturity.  It achieved record gold production at its two operations during FY2016 – 110,286 ounces at Simberi in Papua New Guinea and 267,166oz at Gwalia in Western Australia’s Goldfields – and at the same time it lowered operating costs and more than doubled operating cash flow placing it in a prime position to grow.

The board is expected to decide in December on an A$65 million expansion at Gwalia to further extend the life of its cornerstone mine; and the company this week recommitted to its operations in PNG following an extensive strategic review.

The company generated A$83 million in cash flow from operations in the latest quarter, Moody’s has lifted its credit rating to B2 with a stable outlook, St Barbara expects to spend up to A$22 million in the year to June 2017 on exploration (pictured below right) and it is now on the look-out for new gold projects.

“It has been one of the more dramatic [turnarounds], from being outside the All Ordinaries to joining the ASX 200 in a matter of 18 months.

“It is now complete and we’re in a position where we have very strong free cashflow, a repaired balance sheet and we’re therefore well-positioned for growth.”

Starting to drill below 1,800mbs for the first time last financial year led to significant additions to Gwalia’s ore reserves and resources, by 490,000oz (gross) and 938,000oz (gross) respectively, and helped extend the mine life out to 2024, pending the proposed ventilation upgrade to allow mining below 1,800mbs. 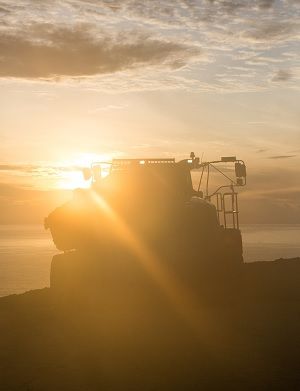 St Barbara this week opted to retain Simberi (pictured left), which has produced above its 100,000 ounce per annum run-rate target for six consecutive quarters, and the company has signed a joint exploration deal with Australian gold miner Newcrest Mining covering nearby islands.

Under the deal, a Newcrest subsidiary has the option to earn up to a 75% joint venture interest in tenements on the Tatau and Big Tabar islands which have shown copper-gold porphyry potential.

St Barbara will manage the JV exploration for two years and will continue with its own planned A$6-7 million exploration spend, saying Simberi’s future depended on an extension to its oxide mine life or improving the mine’s possible sulphide expansion.

Vassie said the company had made judgements earlier to divest its Gold Ridge operation in the Solomon Islands, persevere in Papua New Guinea, significantly reduce its corporate costs and get more out of Gwalia, without seeking to raise capital or going into more debt; and it could now afford to progress its organic and inorganic opportunities.

“When we went from A7c a share in December 2014 to past $3 earlier this year, a lot of people might think St Barbara is fully valued, but the best way to look at that is on relative value,” he said.

“Especially on multiples that involve our price against free cash flow, our peers are ahead of us, so there’s a gap to close.

“I think we’re yet to be fully valued and that’s from coming up so quickly.”

His role at the helm of this dramatic turnaround has earnt Vassie a nomination for MNN's sister publication the Mining Journal’s prestigious CEO of the year award, but he is quick to credit the whole St Barbara team.

“I’ve been in the industry for 31 years and I still have a few years left to go, but this turnaround is a highlight, to be able to do that with the people who are here,” Vassie said.

“The performance of the company has earnt it.

“I don’t have a magic wand.

“I think credit really goes to the teams who were there when I arrived, we halved our corporate headcount, leveraged off our strengths, and we took the right pathway with the same people.”

He is also proud of the company’s safety efforts, with the company-wide total recordable injury frequency rate falling to a record low of 1.8 in the September quarter; and he praised the company’s team from Leonora which took top honours at the state’s annual underground mine emergency response competition, held earlier this month.

As St Barbara starts to eye new opportunities to reduce its reliance on Gwalia, Vassie said the company’s focus was on gold projects thanks to the premium they could attract.

“Our vast preference is gold in Australia, but we recognise that it is a bit hard to achieve all our growth objectives in Australia, given the way the market is at the moment, so we’ll selectively look at other jurisdictions as we start to look at a broader range of opportunities,” he said.

Australia was the company’s top pick because it was a stable investment environment and well-endowed with gold, Vassie said, referring to a recent publication “Rush: Australia’s 21st Century Gold Industry” launched by the Minerals Council of Australia (MCA) and Chamber of Minerals and Energy of Western Australia.

“Australia is second in gold production only to China,” said Vassie, who is also an MCA board member.

“And when you look at the state of gold reserves around the world, Australia has 16% which puts the country in the number one position in terms of the largest future reserves.

The company’s cornerstone asset continues to deliver and St Barbara is working on detailed costing and design work to allow the board to make a financial decision on Gwalia’s ventilation project.

“It’s the best value approach for the type of orebody we have and given we’re already down there with the decline.

“In a sense it’s nothing new because we’ve done all these things at the mine before – long raise-bores of the same diameter, chilling plants, fans and horizontal development underground.”

He was thrilled that Gwalia has continued to improve, pointing out that annual production had gone from 185,000oz to 267,000oz in four years “with the same orebody and with the same team”.

“That attests to their culture of not accepting the norm and making continuous improvement year-on-year, it’s very, very impressive,” he said (pictured right). 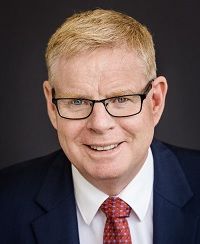 “It does mean we eat through the reserves faster and while that’s great for net present value, we need to know what’s there so we can plan the best approach.

“We haven’t found the bottom of the orebody yet … we’ve got potential at depth, off to the north and all the lodes left behind further up the mine that we haven’t mined yet, so it really is going to be the gift that goes on giving.”

The company plans to spend up to $12 million on exploration in the current year at Gwalia and has already started two drilling programs, to target extensions of the lode down to 2,200mbs and to the north, where intersections appear to have confirmed the presence of the hangingwall lode which was previously only encountered in historic drilling.

Beyond Gwalia itself, St Barbara’s exploration includes 3D seismic exploration at its other Leonora tenements, an airborne magnetic survey over the Back Creek exploration licence in New South Wales and continued exploration at Simberi, and on the Big Tabar and Tatau islands under the new partnership with Newcrest.

One of Vassie’s exploration priorities is the Pinjin greenfields gold project 150km north-east of Kalgoorlie, where an aircore program has established a basement gold anomaly.

“We’ll be back there later in November with an RC rig to test some of those targets and in parallel, we’ll continue to aircore test the basement over a longer strike,” Vassie said.

“We really like that postcode and what we see from our first pass so we’re expediting that.”

As for what investors could expect to see in 2017, Vassie’s immediate answer was “a lot of free cash flow”.

“There are a lot of sayings that ‘cash is king’ or ‘grade is king’. Fortunately, we’ve got both and we’ve got them for a long time,” he said. “We’ll see Gwalia developing in 2017 and we’ll see more emphasis on growth, through the effects of our exploration and we’ll be watching for opportunities.

“We have a will to grow, not for growth’s sake, but to stay as an ASX200 company and to be able to diversify our production base because we are currently reliant on Gwalia.” 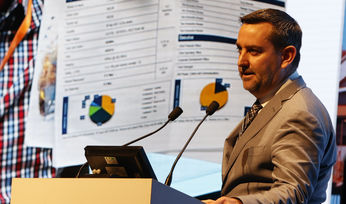 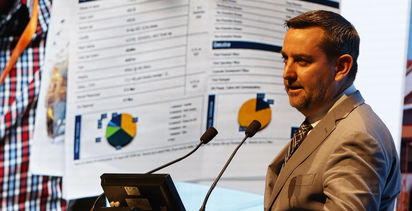