Euromax on cusp with Macedonia marvel

Multi-billion-dollar returns from a world class gold-copper resource are usually the preserve of mining’s majors, not a minnow. But they are exactly what investors in Euromax Resources (TSX: EOX) have to look forward to from the US$475 million Ilovica project in Macedonia, which is ready to move forward in what president and CEO Steve Sharpe describes as an ideal environment for building major new mining projects. 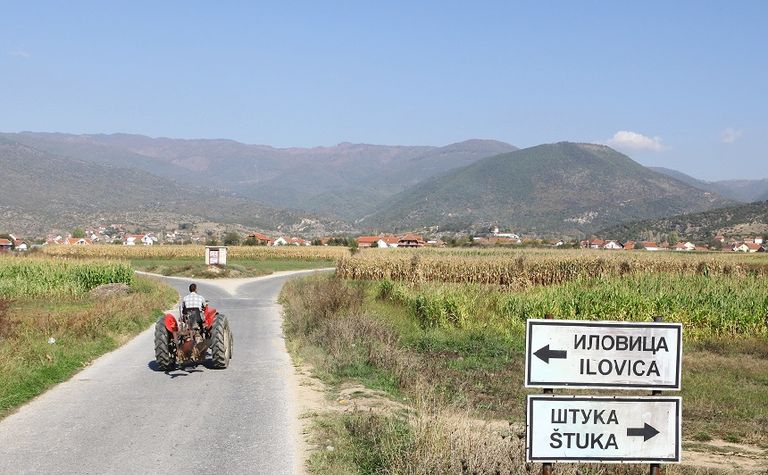 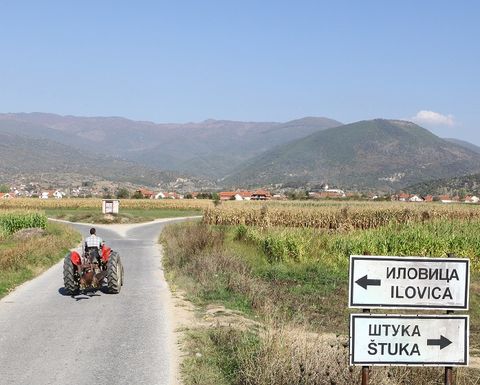 Ilovica is a world-class orebody in a mining-friendly jurisdiction

“This is exactly the time to be building a copper-gold mine of this size because the amount of chits that are being offered to us now in terms of major capital items that would normally be the long lead stuff," he says. "The offers are coming from mining companies, from suppliers that have cancelled orders, and this is all brand new equipment at a fraction of the retail price or list price. So I expect to see some fairly chunky capex and operational savings.”

Initial capex of circa-US$475 million (including contingency) for a 10 million tonnes per annum, conventional flotation and CIL plant, and mine with plus-20-year life, capable of generating about $100 million a year of free cash flow and after-tax payback of only 4.3 years at consensus long-term prices of US$1,220/oz gold and US$2.90/lb copper.

Add the fact that Euromax has skilfully garnered $400 million-plus of project and debt finance, strong government and community support for the project, and long-term offtake channels, and Ilovica stands in a unique investment window. 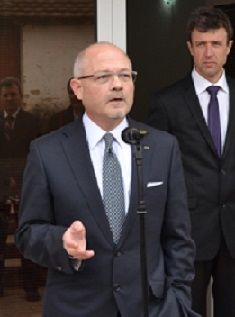 “A shareholder of Euromax is a shareholder in a mine that will produce and will deliver a return based on the performance of that mine over the next 20 years,” Sharpe says.

“I’ve spoken with a lot of the major company CEOs and because of the shareholder pressure for growth all of the cash flow produced from operations is generally deployed back into replacing resources and reserves. So the core shareholder is then at the mercy of the market rather than the captain of his own destiny.

“Our philosophy is that our shareholders should decide what they do with their money, not the management of Euromax.

“So we shouldn’t be taking the cash from Ilovica and spending it on exploration elsewhere because at that point you only become as good as your next project. We believe there’s by far enough value within Ilovica to return that cash to shareholders. Once we find another project with the same potential we can then go back to those shareholders and say, if you’re happy with what we did at Ilovica, would you like to invest in our next project and we will do the same thing for you.

“It’s sort of rewriting the rule book as far as mining companies go.”

The Ilovica porphyry copper-gold deposit, with its measured and indicated resources of 256.8Mt containing 2.6Moz of gold and 548,000t of copper (proven/probable reserves of 2.01Moz gold and 408,000t of copper), is a world class deposit in a mining-friendly jurisdiction that was extensively drilled over 10 campaigns between 2004 and mid-2015. The work included comprehensive geotechnical and hydrogeological investigation.

The planned low-strip-ratio (1:1) open-pit will be mined by conventional drilling and blasting, and shovel and trucks supported by a fleet of ancillary equipment. The operation is expected to employ about 300 people directly at steady-state production levels.

“Bringing this project into production is going to bring enormous change for the local community because the region is largely agricultural and there hasn’t been a greenfield development in the area for about 30 years,” Sharpe says.

“But they’ve embraced that change and we have completed all of our public consultations and have done far more than is required by law to bring the communities along with us. And so they’re absolutely behind the project and the development it will bring to the region.

“With the International Monetary Fund we’ve completed a study of the economic benefits for not only the local regions but Macedonia as a country, and we will actually increase the GDP of Macedonia by 2% just by bringing this one mine into production. The government is very dynamic, and young. All of the foreign investment ministers are from Canada and the United States; second generation Macedonians that have returned and been given ministerial positions.

“It’s a very business friendly country. With the government’s support I do a TV commercial for Macedonia on CNN. I can’t think of one other country in Europe that would have a government backed campaign that features a mining company.

“That’s a good indication of the level of support that we have.”

Euromax recently moved from the Toronto venture exchange to the TSX main board, opening a door to more UK and North American institutional investors. 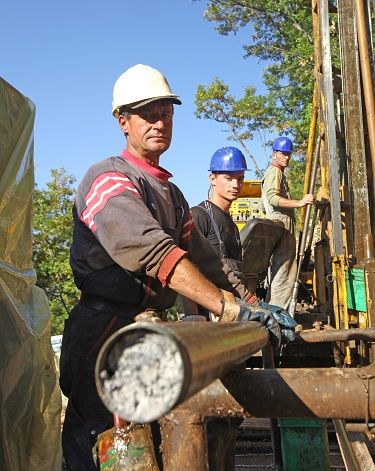 “When we rang the bell to open trading on the Toronto Stock Exchange earlier this month we had the Canadian ambassador to Macedonia and the Macedonian Ambassador to Canada both at the ceremony,” Sharpe says.

“I think that’s a strong indication of how important this is for Macedonia as a nation.”

“The primary driver has been the European Bank for Reconstruction and Development owning 20% of the company and about 30% on a fully diluted basis,” he says.

“That’s been a solid bedrock.

“The European Bank is the European equivalent of the International Finance Corporation – it’s there to promote the transition of former communist countries to market based economies. Actually it’s an enormous privilege to have them as a strong, supportive shareholder.

“The other key to all of this is the fact that because we’ve signed a 10-year off take agreement to deliver a concentrate to a German smelter the German government has agreed to guarantee a project financing facility of $240 million dollars. Copper is a strategic metal for the German economy and under this guarantee scheme as long as you are delivering copper into German markets they are willing to back the financing of new copper-gold projects. And it is the copper that’s of interest to the Germans not the gold necessarily, but it’s a market based offtake. With that commitment to deliver, we can borrow $240 million dollars with a full sovereign guarantee from the German government.

“And then on top of that we have a gold stream agreement with Royal Gold for $160 million. Also, Consolidated Contractor’s Corporation (CCC) has brought along an offer of $25 million of funding. CCC is a large private revenues construction group with tremendous experience with construction contracts around the world and headquartered in Athens so they know the area particularly well.

“When you actually put all these things together the $500 million capex number doesn’t look quite so scary after all.

“It has really created a unique opportunity to give our shareholders access to something that would usually just be the preserve of the majors.”

With all required approvals in place and construction permit documentation submitted, Sharpe maintains he expects Euromax to be breaking ground at Ilovica before the end of the year.

All going to plan first production is scheduled for the middle of 2018, with steady-state production slated for the fourth quarter of 2018.

That will mark the end of one remarkable journey, and the start of another. 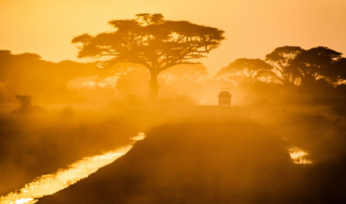 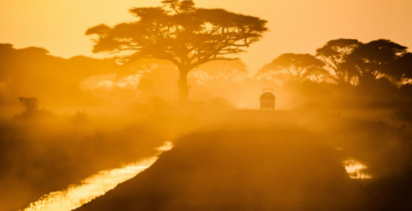