This junior has quietly staked out a world-class, red-hot resource in the Pilbara, teed up offtake agreements and is about to start production on its other, high-quality asset close by. Ngaire McDiarmid reports. 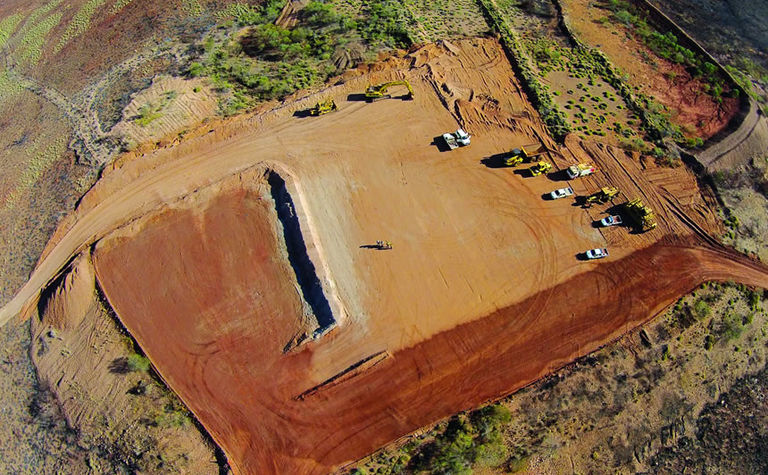 In just two years, Pilbara Minerals has defined two substantial, strategic Resources and is about to become Australia's newest miner when production begins in October at its Tabba Tabba project 75km south-east of Port Hedland.

Tabba Tabba is a very high-grade tantalum project that will produce over 350,000 pounds of tantalite over 14 months and generate about A$30 million in sales.

The company has secured a 5-year off-take agreement with leading refiner, Global Advanced Minerals, and expects to use cash flow to extend Tabba Tabba's minelife beyond the initial 14-month Ore Reserve.

Drill rigs were working around the clock at Pilgangoora, 100km from Port Hedland, at the time of going to press as the company works to build on the project's established position as one of the world's largest hard-rock lithium deposits.

"We expect by the end of the year we'll have clearly demonstrated that Pilgangoora is the second largest spodumene (lithium ore) deposit in the world," director Neil Biddle told Resourcestocks.

"The lithium at Pilgangoora is high grade and it's a very pure spodumene, with a low iron content, which makes it very valuable to the glass, ceramic and metallurgical markets.

"It is potentially the second largest global deposit with these characteristics, second only to Greenbushes."

The company expects this Resource to be significantly upgraded again in September, when the latest RC and diamond drilling results have been analysed.

The first assay results from this drilling campaign produced outstanding results, announced in August, including 14m at 1.66% Li2O and 446ppm Ta2O5 from 29m.

"Pricing is good, demand is strong and it's growing."

Spodumene may be a little-known product but the global market is already queuing up for Pilgangoora's high-quality lithium ore.

It then signed an exclusive distribution agreement and off-take MOU in August with a third Chinese industrial group, Shantou Fancy Mining Industry, and the ink is still drying on a new off-take agreement with Japanese giant Mitsubishi.

"We'll have US and European distributors signed up in the next few weeks, it's a global market for us," Biddle said.

"We have a very experienced marketing manager who knows all the players in this specialist market.

"The boom in the lithium market has helped us have off-take partners signed up for more than 100% of our expected production and we'll end up with at least twice as much interest."

"The area we're drilling at the moment is 5km long and ultimately will end up being an 8km long exploration program just at Pilgangoora," Young said.

"The demand for our product is also being driven by what the market wants.

"We'll be able to alter our production according to customer requirements by tapping into different pits at Pilgangoora."

Lithium has a very robust outlook thanks to the burgeoning electric vehicle market, driving up demand for lithium compounds in batteries, which adds to the traditional demand from the glass, ceramics and lubricants sectors.

"A number of car manufacturers are planning to launch new electric models in 2017 and this forecast growth has prompted the glass and ceramics guys to lock in a supply," Biddle said.

"It hasn't been difficult for us to get deals with these guys because they all want two suppliers and we are first group to come along and offer a choice in high quality, low iron, low mica spodumene.

"Ours is quite a unique deposit in that it's similar quality to Greenbushes and that makes it quite rare.

"And it's huge, it's tens of millions of tonnes and our exploration target is over 50Mt."

The company has commissioned Como Engineering to start Pilgangoora's Pre-Feasibility Study and Biddle said they were on track to be in production in 2017.

"We're going as hard as we can to get into production at Pilgangoora, it will be about $100 million cap-ex so it's quite within our reach," he said.

Despite the tough market conditions of recent years, Pilbara Minerals has been able to find support and raised $9 million in the past six months, with more than $8M in the bank as it prepares to start mining at Tabba Tabba.

"Tabba Tabba is a small project but it contains very high grade tantalite, and has the potential to operate for several years," Biddle said.

The company was in final negotiations to take 100% ownership of Tabba Tabba from its joint venture partner Nagrom Mining Ltd before mining starts in October.

"Tantalite (refined tantalum) is a booming metal, worth about $200,000 a tonne, so it's a high value commodity worth almost as much as silver," Biddle said.

"Its use is underpinned in mobile electronics, phones, tablets, and anywhere that a long life and high performance battery is required.

"We expect to produce about 10% of global tantalum production once Tabba Tabba in production."

The boutique tantalum mine will generate robust cash flow, which Pilbara Minerals will use for exploration in 2016 with a view to extending Tabba Tabba's minelife to five years.

Even though Pilbara Minerals' resources are uncommon, they are in the heart of Western Australia's north-west mining district and there is a bitumen road to take its product straight to port, where loading facilities are already in place.

"We're very pleased with what we've achieved in a tough market," Biddle said.

"We're fortunate because we have two commodities that are red hot - and we're about to become Australia's newest miner."

Xanadu Mines has been transformed by an investment from Zijin Mining 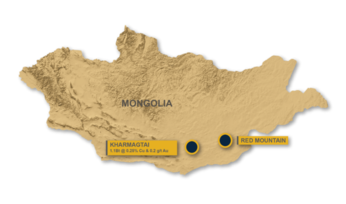 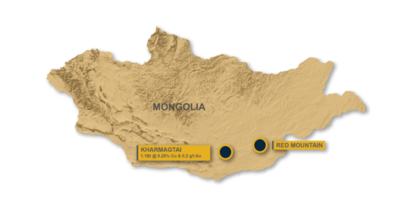