Explorer set for success in the last frontier

Unbelievably high-grade, shallow copper mineralisation is being proven up by this junior at its ideally-located project in Alaska. Ngaire McDiarmid reports. 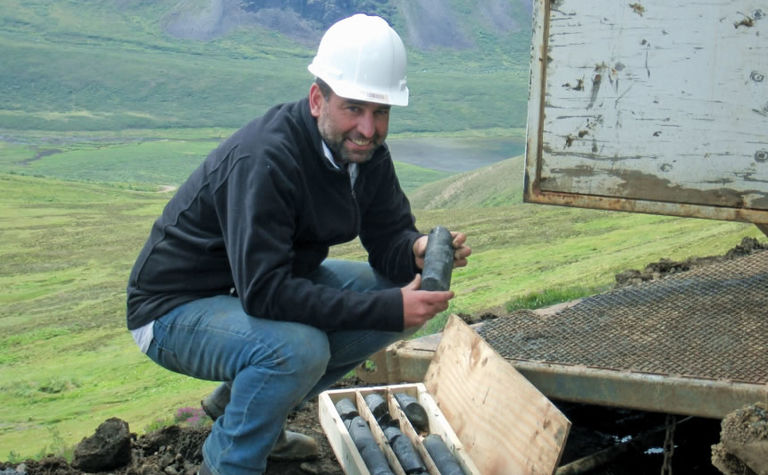 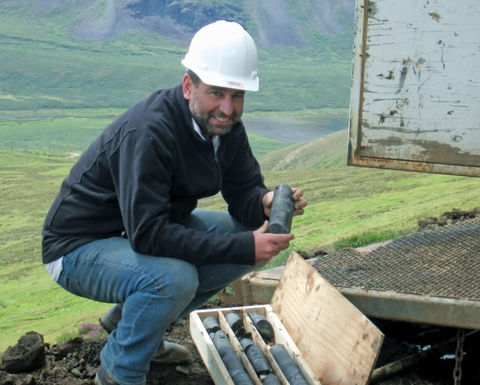 Following the sale of its assets in 2014, Coventry shareholders were provided a new lease of life in in February 2015, when shareholders approved a transaction that provides Coventry the right to acquire an 80% interest in the high-grade Caribou Dome Copper Project in Alaska. The Company has wasted no time in proving up both the copper mineralisation and the exploration upside.

Caribou Dome sits in the same geological setting as the historic Kennecott Copper Deposit, which produced 4.6 million tonnes of ore at 13% copper between 1911 and 1938.

"We've got a very high grade deposit that's very accessible, it's in a very favourable jurisdiction and it has huge exploration potential," Coventry MD and CEO Mike Haynes explains.

Coventry has quickly doubled its landholding in the area, which has trebled its coverage of the 15km horizon hosting this mineralisation.

"All this leads to a great opportunity for a high-grade copper project, with near-term production potential, which we expect would have relatively low capital and operating costs which should allow for rapid pay-back of capital," Haynes said.

Coventry has set itself an initial exploration target of 5-10 million tonnes of mineralisation at 2.5-4% copper.

The objectives of its initial exploration earlier this year were two-fold; to confirm historic mineralisation, and to commence drilling new exploration targets.

At the time of going to press, Coventry had a second drilling program underway, with two rigs working on a 4000m exploration program to further define Caribou's mineralisation, and the Company had just announced that the first hole drilled in that program intersected 14.1m at 9.9% copper from 134.6m.

The existing mineralisation was mapped previously at nine lenses on the project, labelled from 1 to 9 like a dot-to-dot picture.

"We see good scope to find more tonnes in the 15km of strike but equally, these 9 lenses mapped previously are heavily underexplored," Haynes said.

"We're focusing on them and their immediate surroundings because if we can build a critical mass on those 9 lenses alone, we can get our mining operation up and running and when that's generating cash, we can broaden our horizons and look for additional mineralisation."

Coventry's analysis of new geophysical data it acquired in June has led to the identification of a number of new targets, including the Lense 7/8 Target, in between the previously mapped lenses 7 and 8.

"The one historic hole that had been drilled above this target, which was only 39m long, intersected 0.6m at 10.1% copper.  So when we saw the strong underlying IP anomaly, we coupled that information with the previous shallow mineralisation and we've hit 14m of some of the best looking mineralisation we've seen at the Project to date," Haynes said of the initial results coming out of the Lense 7/8 Target.

This 14.1m intersection, that assayed 9.9% copper, was one of four intervals of well-mineralised semi-massive to massive sulphides seen in the first drill core from this Target, which is 175m long.

"We can't really call it a discovery hole but this is potentially the first hole into a much larger high-grade system," Haynes said.

"It demonstrates the considerable potential to discover additional high-grade mineralisation during the current drilling program.

"Any additional tonnes here should have a very positive impact on developing the project."

Coventry intends to establish its maiden JORC Resource in the first quarter of 2016, with a view to potentially being in production in 2018.

"The general consensus is that copper prices will be favourable then, so we could be capitalising on a stronger price and rising demand when we bring Caribou Dome into production," Haynes said.

"However because of the shallow, thick and exceptionally high-grade attributes of the mineralisation, we expect operating costs to be low, which should mean the project is viable regardless of prevailing price, provided we can delineate a critical mass.

"Furthermore we're in a position where we can potentially de-risk the project by mining the thick, shallow, high-grade shallow mineralisation first, which should allow for rapid payback of capital."

Haynes said the project had many positive attributes aside from its abnormally high grades of copper and outstanding exploration targets.

It has direct road access and is 100km from high voltage power and the railway, which has access to three ports.

"Alaska's government is pro-development and over 80% of the country's GDP is from oil and gas and mining," Haynes said.

Furthermore, the Caribou Dome project is not constrained by the wintry conditions in northern Alaska and is operable year-round.

"Within 200 miles of us are three operating mines, two of them are open pit so you can mine in this part of Alaska all year round," Haynes said.

"However it's cheaper and easier to do our exploration in the northern hemisphere summer, which is why we have two drill rigs on the go now."

He said a lot of exploration geologists still referred to Alaska as the last frontier as so much of the country remained under-explored.

"Our initial drilling program had to overcome any scepticism about whether these grades and thicknesses were real," Haynes said.

"I've walked all over the project, I've seen the drill core and the historic data and I have no doubts whatsoever.

"And therein lies the opportunity, because that high-grade mineralisation is still there and recognising this opportunity created value for shareholders.

"We already have statistically comparable results that validates the historic drilling - this is for real - and we've always said there is huge scope to make it bigger."

Haynes is keen to progress the project as soon as possible.

"When we're getting close to critical mass, we'll kick off mining studies and more importantly the baseline environmental work, which takes about 12 months," he said.

"The sooner we kick off that process, the better."

Despite the tough equity market conditions, investors have shown their support for the project in recent months, with Coventry easily able to raise $1.1 million then a further $1.3 million to accelerate exploration while minimising shareholder dilution.

Haynes expects a solid flow of drill and assay results to flow as the current exploration progresses.

"The grade differentiates us," he said.

"Caribou Dome is one of the highest grade copper projects in the world at present. It's not yet an enormous project, but because of the grade it's already not far from being economically viable in terms of tonnage, and it's got the potential to be much, much bigger."

Indications are a big mine is in the making 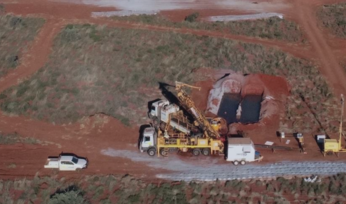 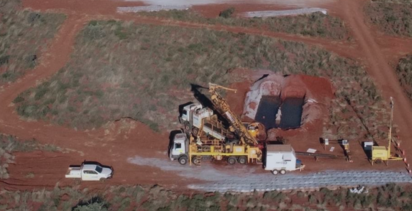