MONTHS away from presenting the definitive feasibility study that confirms the credentials of Bowdens in New South Wales as one of the world’s best new silver projects, Silver Mines (ASX: SVL) could also be on the verge of redefining the multi-mineral potential of a property that sits on the renowned Lachlan Fold gold and copper belt. 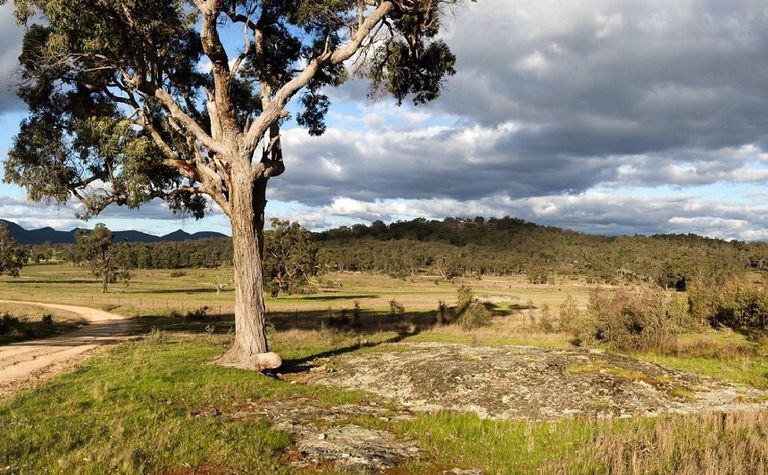 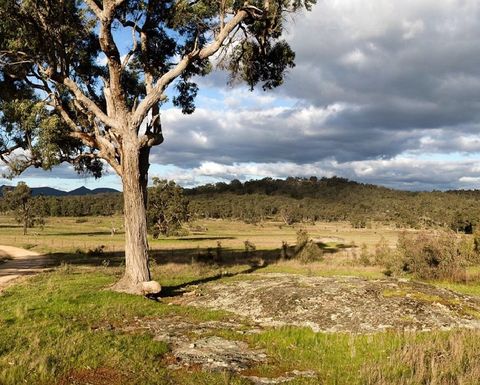 Bowdens, shown to have a resource base that can support a long-life, economically robust, five million-ounces a year silver operation, has been the focus of a lot of drilling over the past 20 years or so.

About 90,000m of drilling by Kingsgate Consolidated and previous owners CRA and Silver Standard went into the definition of Kingsgate’s 134Moz silver resource (182Moz Ag-Eq) before it sold the project to Silver Mines last year.

What wasn’t evident was why or how such a large, thick (up to 200m) low-sulphidation epithermal silver-base metals deposit was sitting isolated in the near-surface Rylstone volcanic rocks of the Lachlan Fold Belt’s north-eastern margin.

That was certainly something that intrigued experienced geologist Anthony McClure when the Silver Mines managing director and his team pored over the massive Bowdens exploration database pre-acquisition. They were determined to look outside the project resource envelope, in which they also saw a different path to production and cash flow for the largely de-risked development asset.

So as well as pushing aggressively forward with infill drilling and other work feeding information into the Bowdens DFS due for completion at the end of 2017, Silver Mines extended drilling below the proposed silver-mine pit shell, and also decided to test targets along strike.

Early results have been promising to say the least, and three drill rigs are currently active at the property.

Most interest at the moment is in what Silver Mines is seeing in drill intersections of basement Ordovician rocks at depth, but McClure says near-surface results from several prospects outside the main Bowdens resource area highlight the camp-scale exploration potential of the field that, for one reason or another, has been largely ignored in the past.

“About A$60 million has been spent on the project and it’s all been focused on the main area of the deposit – so the drilling out of 180Moz of silver-equivalent resource,” McClure says.

“From early on in the Silver Standard days – this was their first major project before they became a serious producer – it was pretty obvious this was a substantial deposit; easy to see from the surface, with big, thick mineralisation, albeit low to medium grade. Kingsgate’s focus, after Silver Standard, was very much on the resource definition. 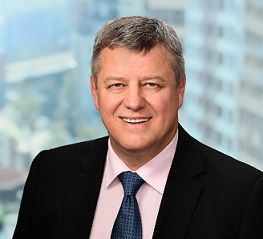 “So the sole focus in the past has been to drill out the deposit.

“In all of that work that was done almost no work was done immediately outside the current resource, or immediately underneath. So when we got involved in the project – and we’re group that likes to think of itself as clever explorationists – we went back to the basics of, why is this project here; where is it coming from, in the context of the Sydney Basin and Lachlan Fold Belt, which has been shown to have a lot going on at depth?

“Only about 100km away from us we have Newcrest’s Cadia Valley operations, where you have the big, low-grade Cadia gold deposit close to the surface but then Ridgeway and Cadia East [gold-copper deposits] at depth. The discovery at Ridgeway was arguably one of the best discoveries in Australia for several decades.

“We are looking at different geological environments, but we are pursuing the same strategy of trying to understand why this massive mineralised system is there.

“So part of our focus when we started infill drilling in October last year – we took over the asset at the end of June and were drilling in October – was to tail off some holes below the 150-200m resource definition level, to see what was underneath.

“We drilled several holes down to 400-500m and lo and behold we see the mineralisation extending at depth, but more importantly in the basement, Ordovician rocks, we intersected semi-massive and massive sulphide intercepts at 300-350m depth, and with that the initial discovery of gold, and now we have seen the start of copper coming into the system as well.

“The whole current Bowdens resource has no gold in it whatsoever; no copper. 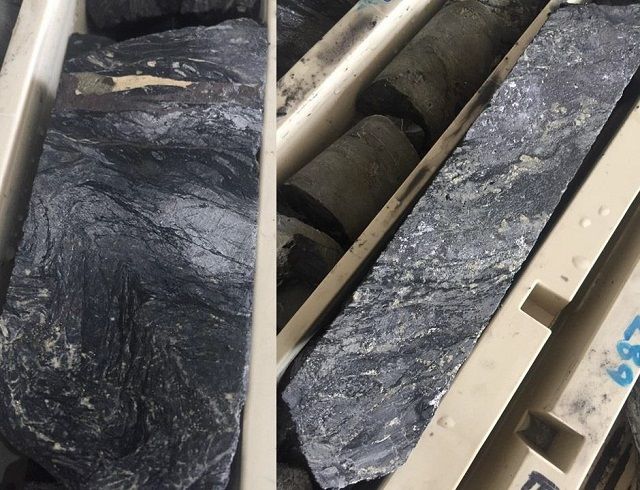 “So to be hitting that gold, in the first instance, and copper in trace at this stage, is potentially a very significant development for the project. It is early and we don’t know what is there yet, but if there is a semi-massive or massive sulphide system at depth we might be looking at a very different picture in 12 months’ time.”

As things stand Silver Mines is already moving quickly to establish Bowdens behind Cannington in Queensland (circa 16Mozpa silver production, plus lead and zinc) as Australia’s next big silver producer.

DFS and environmental impact statement (EIS) works are advanced and heading towards scheduled completion by the end of this year. A new resource and reserve statement is due next month.

Silver Mines has assembled about 1,650sq.km of unencumbered freehold titles east of Mudgee in central western NSW, outside of wine growing and horse breeding country in the Hunter Valley, to the south-east.

The company’s focus on a more compact mining operation in a geologically and topographically favourable part of the Bowdens resource is expected to see a two million tonnes per annum operation initially yielding about 5Mozpa, with scope for expansion, compared with the past 4Mtpa blueprint.

“Our focus has been on a capital cost-effective development and enhanced project economics,” McClure says.

“The north-east sector of the project is a very high grade part of the project, and that is where we see the bulk of the value. So we’ve scaled down the size, focusing on the plus-100g/t [silver] material, and that is shaping as a very robust operation.

“Where it is particularly attractive for us is that area in the north-east is on a topographical high so the strip ratios are sub-two-to-one.

“We will put the formal numbers out into the market later this year, but we’re very comfortable we’re at the lower end of the cash cost curve for pure silver plays and from a capital intensity [A$150-200 million project scoped] standpoint we’re also particularly comfortable.” 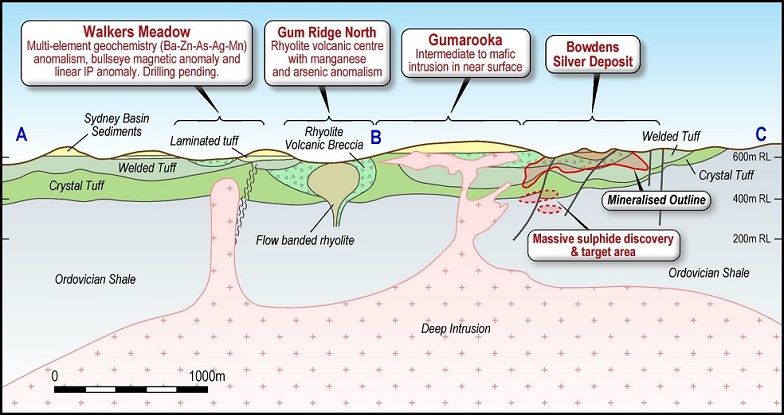 The ‘State Significant Development’ Bowdens project, among the most significant new mining developments proposed in NSW at present, is getting good support at local and state government levels, according to McClure.

“We’re in the throes of completing the EIS to be submitted by the end of the year, and that formally kicks off the approval processes,” he says.

“It’s a fairly benign project from an environmental standpoint. The smaller-scale start-up project uses less water than before. It’s not an openpit coal project with a massive footprint.

“We think we’re going to have a relatively straightforward approval process.

“There is a considerable body of high-quality technical work that has already been completed and, as we’ve been saying, we think anyone looking at this company can see it’s fundamentally de-risked from the perspective of progressing a new mine.

“What is really interesting from an investment point of view is what is happening with the exploration along strike and in particular at depth.

“We’re really the only emerging pure silver stock on the ASX that’s got that kind of the upside in it.”

Silver: why would anyone bother?