THINKING outside the square has literally paid off in millions for emerging gold and copper-focused Mutiny Gold. By Ngaire McDiarmid - RESOURCESTOCKS* 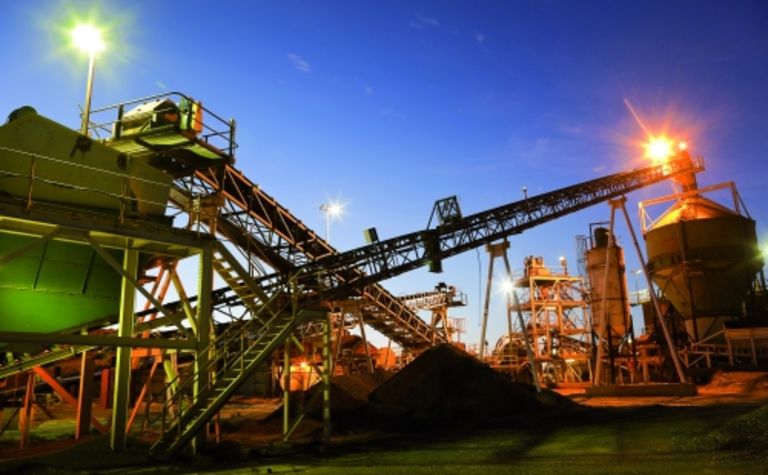 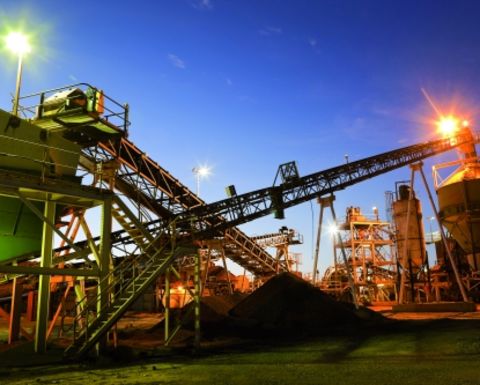 Having completed a project and royalty acquisition in December 2011, the company now owns 100% of the Gullewa tenements in Western Australia's Murchison region.

Within the Gullewa tenement is the company's flagship Deflector gold and copper project, which is on track to move into production by late 2012.

Mutiny's movement to 100% project ownership was thanks to an innovative deal finalised with Credit Suisse in December.

As part of the finance facility Credit Suisse conducted an extensive "no fatal flaws" review of the Deflector project and subsequently provided $A11 million initial project financing, coupled with a gold hedging facility set at record prices.

The Credit Suisse finance facility brought many advantages over equity funding: it was non-dilutive, flexible and offered protection from downside risk on gold prices.

It also has the capacity to be increased to fund purchasing of long lead items in advance of the completion of full project financing, thus speeding up the end construction and production time frames.

Mutiny has hedged 50,000 ounces, less than 8.5% of its planned production, with Credit Suisse at an average $1847/oz, with a final delivery price of $1920/oz, higher than the spot gold price has ever traded.

"Their commitment and support is very much appreciated and will mean that the final project finance facility can be fast-tracked due to Credit Suisse's strong understanding of the project," Mutiny managing director John Greeve said.

"It's a very good situation for investors to know the company isin good hands with a cooperative team that can establish long-standing bank facilities."

The deal capped off a massive 18 months for Mutiny Gold, which has included the Gullewa acquisition, successful drill programs with results including 5oz of gold to the tonne intersections and a promising scoping study at Deflector.

"2011 was a transformational year for Mutiny Gold and 2012 is shaping up as another year of significant milestones as the company moves towards initial production at Deflector," Greeve said.

Before the end of this year, Mutiny expects to complete a definitive feasibility study on Deflector, complete finance, gain mining approvals and start mining, not to mention investigating the iron potential at Gullewa, reviewing recommissioning some of the seven existing gold open pits at Gullewa and benefiting from mining starting at White Well.

Under the deal with Cobra Mining, Mutiny is set to reap the financial rewards in the foreseeable future after the company's mining partner announced it would start mining gold this year. Cobra will fund and mine the project for a 70% share of the profit, with Mutiny receiving 21% and joint venture partners Lee/Daxon the remaining 9%.

The deal allows Mutiny to focus on its Deflector project but will also provide funding for further drilling at the White Well tenement on gold prospects Bounty and Bligh, which are not covered by the agreement with Cobra.

Greeve said there were sound reasons for focusing on Deflector rather than Mutiny's suite of other projects, which include further gold opportunities and iron ore and nickel prospects.

"Gold is at historical highs and copper prices are surging," he said.

"This provides an excellent market opportunity for a supplier who can deliver with relatively low cost product."

He said Deflector was geo-technically stable and high grade and had adjacent infrastructure, such as the existing 300,000 tonne per annum mill and camp.

Geraldton port is about 160km to the west.

An ongoing $3 million drill program aims to increase the resource at Deflector as a step towards the company's target of 2Moz.

Greeve said the drill results and feasibility cost studies would soon culminate in an ore reserve and financial report.

"Drilling is going well but this very wet summer has delayed us, plus we have increased the size of program to gain greater underground data including closer spacing of some areas," he said.

"This part of the modelling is extremely exciting as it is suggesting considerable upside but we have a lot of drilling to go before we can complete the model."

This is scheduled for completion in late March.

Mutiny's budget to get Deflector into operation, including mine pre-strip, plant (including the mill and camp upgrade) and running costs is about $60 million.

Greeve said the footprint of the existing plant infrastructure was important.

"Key components are a new grinding and float circuit and camp upgrade from 50 people to 200 people," he said.

"This is a very experienced team [and] whilst the schedule is tight, we believe it is achievable."

"Both costing models are advanced and progressing on target," he said.

"Capital/plant costing is going well and we are actively seeking to put the key people on the operations team, such as the resident manager and mine engineer in place, so they can be working with us in the final contracts negotiations so they are reflective of our company's operations model."

Mutiny has already enjoyed considerable drilling success at Spanish Galleon, including several gold intersections of 4m at 8gpt or better and 32m at 2gpt suggesting a Deflector repeat with greater width and suggestive of a potentially larger body that can potentially be mined at a greater rate than Deflector.

The corridors surround the Gearless Well intrusion, which arose 2.1 billion years ago (younger than traditional Achaean greenstone, which dates around 2.7 billion years).

The intrusion forced mineralised gas and fluids on a massive scale into the continent's northern trending lineaments (faults) where they intersected and were trapped between magnetic markers (magnetite) and fault zones.

To the south of the Blue Beard corridor is the potential for large volcanogenic massive sulfide zones which could offer rich Golden Grove zinc-copper lookalike mineralised structures.

The Gullewa tenements are located in the Mid West and have vast magnetite iron ore potential with more than 150km of unexplored banded iron formation units.

Drilling at one, Brandy Hill, has returned impressive intersections up to 47% iron, which is a good grade for magnetite. Brandy Hill is only 170km from port and 30km from suitable and accessible rail infrastructure.

"We are very attracted to Brandy Hill and it will get a lot of relatively near-term exploration and development evaluation," Greeve said.

But he said the company would not lose sight of its aim to become a producer, with its focus on developing multiple gold and copper mines at Gullewa, starting with the rich Deflector and Blue Beard corridors.

"The key is becoming a profitable and significant gold producer atDeflector, plus assisting and monitoring Cobra at White Well," he said.

*A version of this report, first published in the March 2012 edition of RESOURCESTOCKS magazine, was commissioned by Mutiny Gold 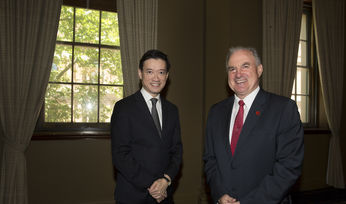 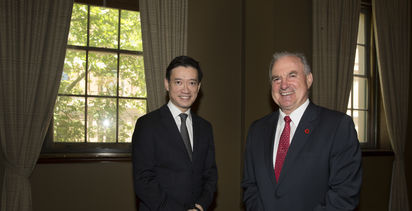