THIS successful explorer was the first Australian company into Burkina Faso and it’s surging towards becoming a low-cost, high-margin gold producer by early 2016. By Ngaire McDiarmid - RESOURCESTOCKS* 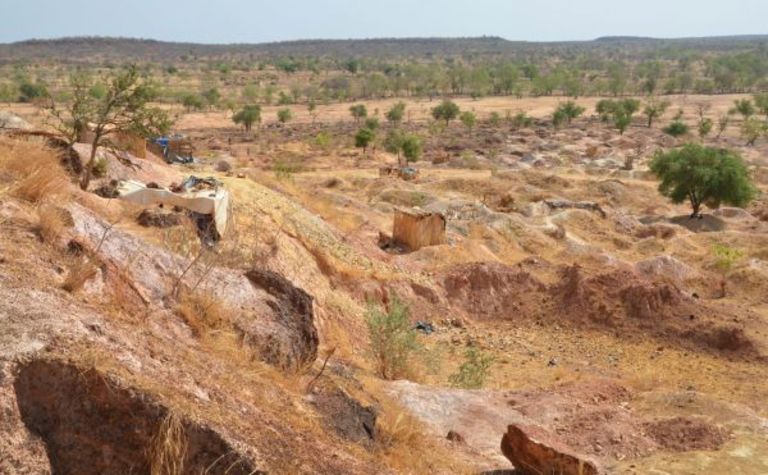 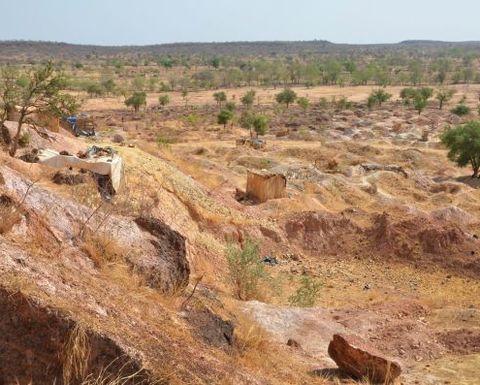 The project is backed to the tune of $US60 million thanks to a mandated debt facility with Macquarie Bank and its low operating costs, well below $US1000 an ounce, will propel both Banfora's and Gryphon's growth.

The project already has a nine-year mine life based purely on the near-surface oxide material containing less than a third of Banfora's resource estimate.

The fully-permitted, high-grade 2 million tonne per annum heap leach operation has expected low cash costs of $US743 an ounce.

And the operation can easily by up-scaled by increased heap leach throughput or the low cost addition of a conventional carbon in leach (CIL) processing plant.

Gryphon has also identified multiple drill-ready exploration targets at Banfora and has backed this project up with a further pipeline of three highly prospective exploration projects in West Africa.

Managing director Stephen Parsons said he was thrilled the company is transitioning from explorer to producer.

"We're on the verge of starting development at Banfora, we've got a healthy cash balance of about $A35 million, a debt facility mandated with Macquarie Bank around $US60 million and we're expecting before the end of this quarter to push the button on starting construction at Banfora," Parsons said.

"Ultimately 14 months later, we'll be pouring our first gold bar and will be the next ASX-listed gold producer."

The tough gold and equities market over the past 18 months proved a watershed for Gryphon.

The company has emerged leaner and with a redesigned project, starting with the smaller heap leach operation, which requires less capital intensity, less equipment and has a reduced start-up time of about 12 months.

"The market really tanked about 15 months ago in the gold space and we took the initiative to make big cost-cutting savings," Parsons said.

"We had to get rid of a few people, cut costs in other areas and rejig our project to make it work in the gold price environment - and that's put us in good stead.

"I think we'd be one of the lower-cost gold producers on the ASX when we're up and running, according to what our bankable feasibility study shows.

"We plan to start construction at the end of this quarter so we're really looking at the end of the first quarter 2016 to pour that first gold bar - it's a really quick and easy process to build and that gets us into production of about 70,000oz of gold a year."

Possible silver credits are not accounted for in the bankable feasibility study but drill results of up to 10gpt silver were reported at the Nogbele deposit at Banfora.

The project's resource that sits below 50m, outside the heap leach pit shells at 1gpt gold, totals 27Mt at 2gpt for 1.7Moz.

Regional exploration at Banfora is underway to add further oxide ounces to the plant.

High-grade shallow oxide mineralisation was intercepted at the Ouahiri South prospect at Banfora, which included 11m at 3.83gpt gold and 1m at 123gpt.

Parsons said the cash flow from its high-margin operation would allow the project to progress rapidly.

"Our costs are well under $US1000 and about $A850 an ounce, so that puts us down at the very bottom end of cash costs for gold producers," Parsons said.

"We anticipate using the money from initial production over the first few years to do exploration and service debt, but also put some towards building an up-scalable plant which will push us up to about 140,000-150,000 ounces a year production.

"The Banfora gold project really has 3.6Moz in gold resources and reserves and the nine-year mine life really only relates to skimming off the top layer of the oxide that goes through no deeper than 150m.

"As we go further down into the resource, that's where the up-scaling of the plant will happen and the further 2 million ounces will be taken into account.

"The mine life will without doubt increase."

Banfora was a virgin piece of ground before Gryphon's discovery and Parsons paid tribute to the exploration team for the project's success.

"We were the first Australians to go into Burkina Faso and the first to be fully permitted to mine, so we have strong government support which is great," he said.

Eight new gold mines have begun operating in the country over the past five years and other Australian companies are following Gryphon's footsteps.

"It's a real success for Burkina Faso to have all these Australian companies in there and having big discoveries and hopefully converting them into actual mines, benefitting the local community as well as the country in general," Parsons said.

Gryphon has worked hard to engage the local community and Parsons said the company enjoyed their support.

One of Gryphon's drill holes was to provide a waterbore for the Nogbele village of 1200 people.

The company has also conducted literacy, social and health programs and organised a donation of 160 wheelchairs for children.

"We've been doing things along the way to help them out and we have strong backing in Burkina, not only from the local community but all the tiers of government," Parsons said.

The deadly outbreak of the ebola virus in several nearby West African countries is making the company watchful.

It has not affected the Banfora project but Gryphon is closely monitoring the situation.

Exploration remains a key part of Gryphon's profile and aside from its targets within Banfora, it holds 8000sq.km in three regional projects in Burkina Faso, Mauritania and a grass-roots project in Ivory Coast.

Gryphon is earning in to the Golden Hill joint venture with Boss Resources in Burkina Faso, which has exposure to the HoundÃƒÆ'Ã‚Â© belt that hosts Semafo's flagship 6Moz Mana Mine and Endeavour's 2Moz HoundÃƒÆ'Ã‚Â© project.

Golden Hill has many prospective targets and historic drilling results include 2m at 168.8gpt gold from 22m.

"It's a large block of land along strike from Semafo's new discovery and it looks very exciting," Parsons said.

"We're doing some stream sediment work and auguring and working up some drilling programs and we anticipate drilling our first holes in January or February."

In Mauritania, Gryphon has several copper and gold prospects, including its 100% Tijirit gold project, which is 10km from Kinross Mining's 15Moz Tasiast gold mine.

Results from initial drilling at Tijirit included 5m at 5.99gpt gold from 25m.

"We've got a nice pipeline of exploration projects coming through and obviously Banfora is moving into that next phase of development and construction and pouring gold. After that we've got the HoundÃƒÆ'Ã‚Â© project in Burkina Faso and then the Mauritania project which will hopefully be the next Banfora project for us.

"Gryphon is fully focused on gold and getting into low-cost gold production, so we hope there'll be a huge uplift happening with our share price over the next 14 months as we transition from explorer to producer and that's where people looking at Gryphon should see some real upside," said Parsons.

*A version of this report, first published in the November/December 2014 edition of RESOURCESTOCKS magazine, was commissioned by Gryphon Minerals. 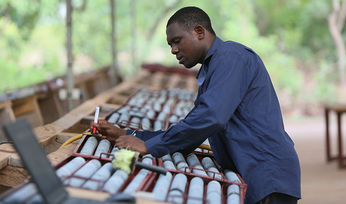 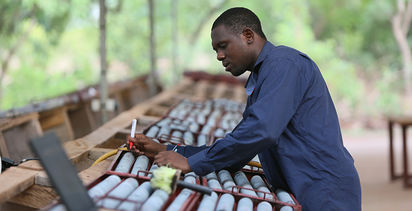