ARIZONA-focused Eagle Mountain Mining has increased the amount of copper in its flagship Oracle Ridge project by one third after a year of intensive drilling. 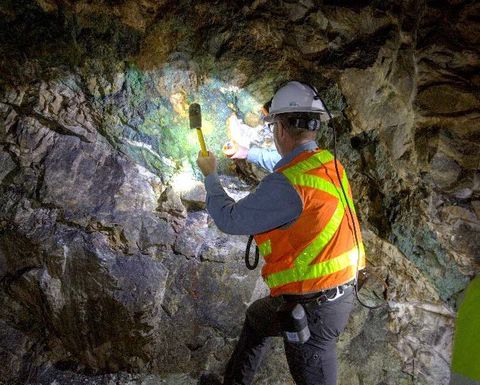 Eagle Mountain is looking to revise an existing copper mine

Resources at Oracle Ridge are now 36% larger at 251,000 tonnes copper grading 1.48%, with tonnes up 39% at 17 million tonnes.
The precious metals endowment is now 8.2 million ounces silver and 93,000oz gold.
That's based on a 1% copper cut-off.
By shaving that to 0.8%, copper lands at 332,000t, silver at 10.9Moz and gold at 127,000oz.
Eagle Mountain is confident of further growth given today's resource upgrade is based on 59 holes.
It has already completed a further 60 since the October 2021 resource cut-off, including some stunning intercepts such as 15m at 4.1% copper, 37 grams per tonne silver and 0.53gpt gold.
More recently, it has commenced recommissioning the existing underground mining areas, and expects to enjoy more efficient drilling due to shorter hole lengths. The underground will also allow bulk sampling for metallurgical test work.
The underground access will also limit the impact of weather delays, which have impacted drilling productivity to date. An underground rig will be mobilised in the September quarter.
A third resource estimate is planned for later this year, which should be based on around 100 holes, with a significant focus on the Talon area, where it has discovered significant mineralisation along the Leatherwood sediment contact.
Talon, at the southern end of the historical mining area, was sparsely drilled by previous owners, but has delivered some of the thickest and highest-grade intersections to date with mineralisation getting richer to the south.
It has two rigs in the field, and assays pending for dozens of holes, including into the new ‘Wave' zone along the Leatherwood contact, which hosts even thicker intercepts and is open to the east.
The company also expects to gain approvals for drilling of the new Orex target in the near future.
Eagle Mountain commenced 2022 with A$11 million cash.
It secured the project, located around a historical underground mine with some 18km of existing workings, in November 2019.
It was last mined in the 1990s.
Eagle Mountain had an exploration target of 14-29Mt at 1.1-1.9% copper, 7.1-19.3gpt silver and 0.03-0.26gpt gold.
Shares in the explorer have traded between 43c and $1.39 over the past year, and were last traded at 57c, valuing the company at $131 million. 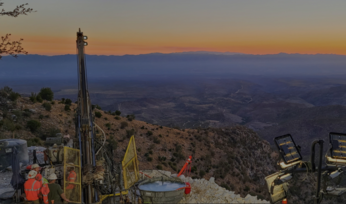 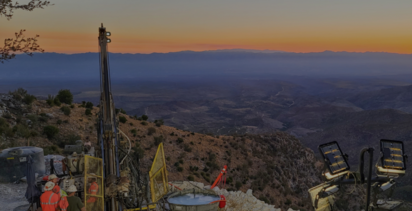