CANADIAN explorer Osisko Mining has proven hard to beat, taking the first and fourth spots in the top 10 best drill intercepts globally for 2020. 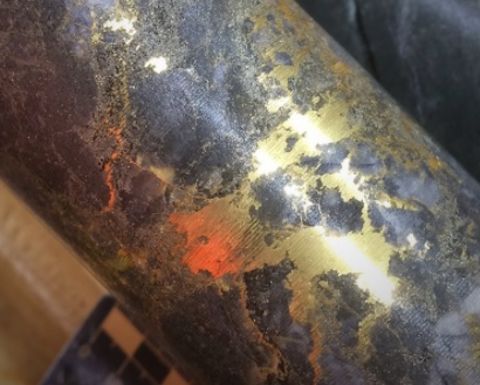 Producer Kirkland Lake Gold also featured twice in the list, taking the third and fifth places, as did uranium explorer IsoEnergy which placed sixth and ninth.

The majority of spots were taken for resource development drilling at gold projects in Canada and Australia.

The data was provided by RSC Mining & Mineral Exploration/opaxe, and all commodities were converted to gold-equivalent, based on selling prices for that week sourced from Quandl.

Osisko topped the table with its spectacular December 1 intercept of 2m at 13,634 grams per tonne gold from 74m, or 27,268 Au-eq/m, from infill drilling at Lynx at its Windfall gold project in Eeyou Istchee James Bay in Quebec.

The company also took fourth place for its 28m at 202gpt gold, or 5656 Au-eq/m, reported in August from drilling at Windfall.

The pace of drilling at Windfall increased during 2020, to 30 surface and underground drills on site.

CEO John Burzynski also anticipated a busy 2021, saying Osisko would be steadily working towards the delivery of the next resource update and advancing feasibility work for the Windfall project.

The company had C$300 million in cash and equivalents at the start of this month.

Sandstorm said in October due to COVID-19-related delays, Hod Maden's feasibility study was now expected by the end of the first quarter of 2021 and first production was projected for the fourth quarter of 2023.

Its best intercept was closely followed in third place by Kirkland Lake, for its July result of 7.35m at 976gpt gold from 74.35m, or 7173.6 Au-eq/m, at Fosterville in Victoria, Australia.

The intercept was from infill drilling at the mine's high-grade Swan zone.

Kirkland earnt fifth place for its 14.5m at 253.7gpt gold, or 3678.65 Au-eq/m, from underground exploration drilling at its Macassa mine in Ontario.

Osisko Gold Royalties snapped up the seventh spot for 0.5m at 6530gpt gold, or 3265 Au-eq/m, at its Cariboo gold project in British Columbia.

Australia-based Musgrave Minerals came eighth but showed the best share price change on the table, of 43.75%.

Its share price has risen from A9c a year ago, peaking at 83c in August as the gold price hit record highs, and was trading today at 38c. 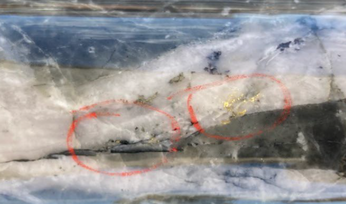 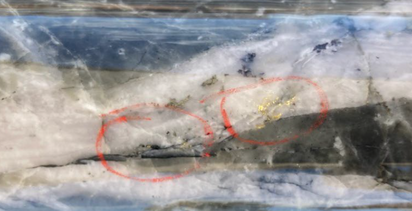