EMERGING junior Australian Mining Investments has gone some way towards justifying its meteoric share price run of late by handing down a resource estimate for one of three deposits located within its Rocklands copper project, with another estimate expected in about a month. 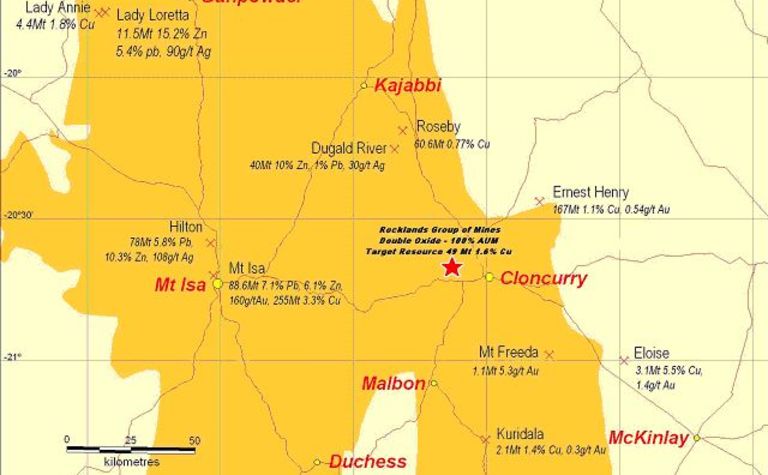 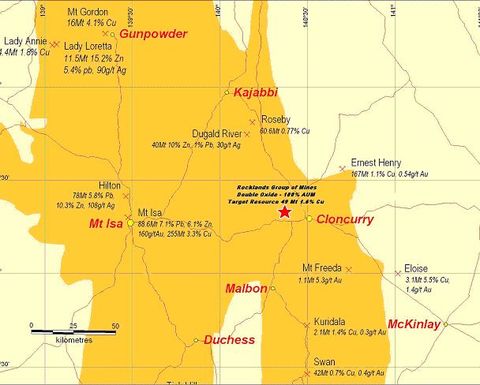 At Rocklands, AMI has identified three separate deposits – Rocklands, Double Oxide and Las Minerale – though with the successful drilling that has been going on of late, the company is now saying the deposits are “gradually melting into one large project”

After compiling the most recent drilling results, AMI has calculated an interim, inferred resource for Las Minerale of 59 million tonnes grading 2.04% copper equivalent.

AMI reported a hole completed yesterday and not included in the resource, intersected sulphide mineralisation over 155m from 60m depth. The company is awaiting assay results.

A revised resource for the Double Oxide deposit is expected in late July or early August following the completion of five deep holes beneath the deposit. An earlier resource estimate for the deposit was 3.03Mt at 0.68% copper.

The Rocklands deposit has a resource estimate of 2.18Mt at 0.9% copper.

The Rocklands project was explored by CRA Exploration (now Rio Tinto) in the early 1990s. CRA believed the project was a “significant exploration target” but could not come to agreement with the then-owners of the property.

In a 1992 report, CRA stated in addition to shear zone copper at Double Oxide, there was evidence of copper at shallow depths removed from the shear zone.

“If the layers was [sic] widespread tonnages could be significant and mining would be a simple proposition,” CRA said in an August 1992 report.

When it released today’s resource estimate, AMI cheekily gave CRA credit for the part the latter played in what the former believes is evolving into a promising project.

“In 1992 CRA Exploration reported a theory on why the Double Oxide area was a major target for significant copper-gold-cobalt mineralisation,” AMI said.

“It appears CRA was right on the money and the directors thank CRA for their contribution.” 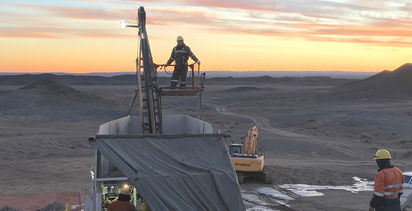 Cannon delivers hits as nickel play gets set to grow