SHARES in Brockman Resources have gained ground on the back of a maiden ore reserve for its flagship Marillana project, the fourth-largest published haematite reserve in Western Australia’s Pilbara region outside the big three producers, according to the iron ore play. 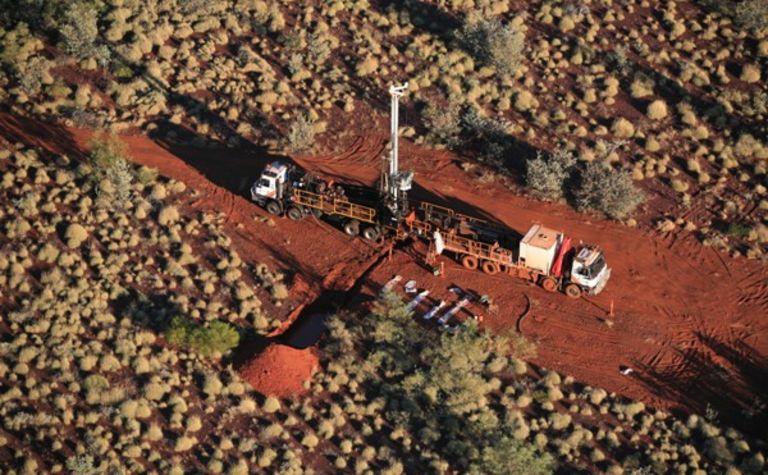 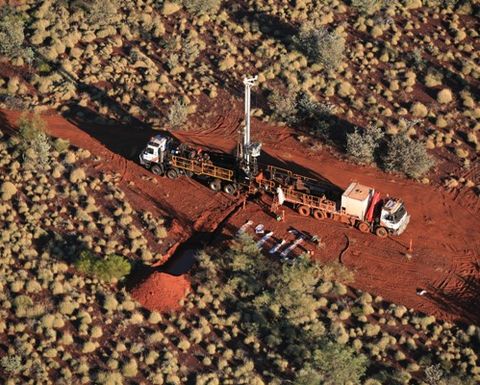 Drilling at Brockman's Marillana project in the Pilbara.

An additional channel iron deposit (CID) probable ore reserve of greater than 48Mt at 55.5% iron has also been defined. This ore is a DSO product that will be blended with the detrital product for export as a single product.

Brockman expects Marillana to produce more than 426Mt of final DSO equivalent product which, at current prices, will generate revenues greater than $A50 billion.

The reserve supports a long-term mine life of up to 25 years at a nominal production rate of 17-20Mtpa.

“The size of the reserve is only second to the three majors in the Pilbara and obviously the strength is that it is all in one location,” he said.

“It’s one continuous mine and one continuous pit in one geographical location which is 300 kilometres from the port of Port Hedland and is a shorter training distance than most of the major mines. The only one I think that is closer is FMG’s Cloudbreak which is a little closer to the port at around 180 kilometres.”

Richards said the majority of the work towards the definitive feasibility study had now been finished with the company on track to release the final results of the study later this month.

Brockman has completed process design and engineering of the preferred process route while pricing of major equipment packages has been factored into the capital cost estimates.

Financial modelling based on the DFS capex and opex estimates has begun to determine the financial parameters of the project delivery strategies.

The pit optimisation, open pit design and definitive mining schedule have now been optimised, as part of the development of the Marillana ore reserve.

Shares in Brockman have gained 11c to $3.20 in morning trade. 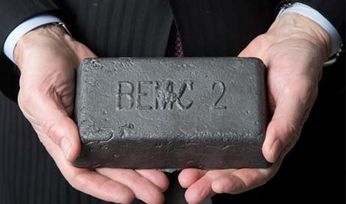 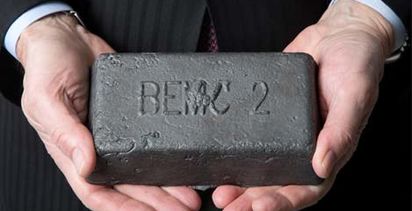