DART Mining’s Unicorn project is the first molybdenum discovery of its type in Australia and the junior explorer believes it could be sitting on something big. Kristie Batten visited the Victorian project yesterday. 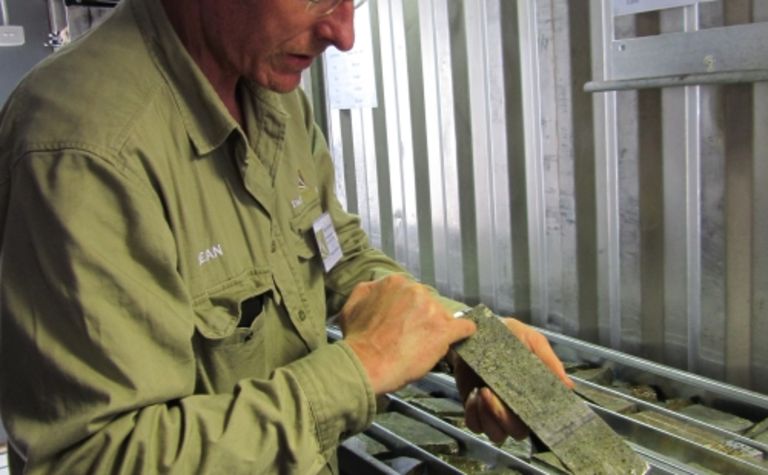 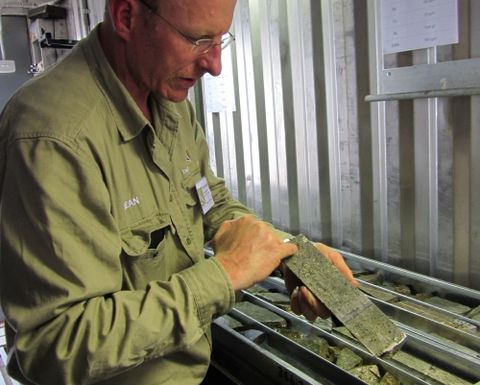 2011 was a big year for the company, with current managing director and chief executive officer Lindsay Ward being appointed, as well as the release of a maiden resource for Unicorn.

Dart started in 2007 as a gold explorer but has found its feet as a molybdenum-focused company with Unicorn the focus of its landholding in northeast Victoria.

"The gold has been interesting but not as rewarding as we'd liked," Ward said yesterday.

"[Molybdenum] is the real economic driver of the project."

In October, Dart announced an indicated and inferred resource of 105 million tonnes at 400 parts per million molybdenum, 570ppm copper and 2.7 grams per tonne silver - or 0.07% molybdenum equivalent.

The resource extended to a depth of 450m and remains open and Ward said there was known mineralisation to at least 650m depth.

Ward and the Dart team are particularly excited about the style of mineralisation at Unicorn, which has similarities to the world-class, long-life Henderson molybdenum mine in Colorado.

If those similarities continue, the deposit is set to get substantially larger the deeper the company drills.

"With depth I think we will see more tonnes, more grade but it is yet to be tested," Ward said.

After receiving $A1.54 million from an options conversion in December and $2.81 million in an oversubscribed capital raising earlier this month, Dart is fully funded to complete its program of work at Unicorn this year.

A 15-hole reverse circulation program is underway to convert the 29Mt indicated portion of the resource to measured, as well as upgrading overall numbers, followed by a phase two program to firm up inferred resources.

The third phase later this year will test the deposit at depth.

Meanwhile, a scoping study is in its early stages for completion late in the September quarter.

"Hopefully around July we'll have the updated resource which will feed into the scoping study," Ward said.

Based on the current resource, a 5Mt per annum operation would give the company a 20-year mining life.

Following the release of the maiden resource, the company immediately began metallurgical testwork, which indicated recoveries of up to 92.3% for molybdenum, 96.1% copper and 82.6% for silver.

Ward said it was important to do metallurgical work early to see if the company had a recoverable resource.

"Recoveries are fantastic," he said.

In addition to a molybdenum concentrate, the project would also produce a separate copper-silver concentrate.

Another factor that works in Dart's favour is the expected low strip ratio.

"If you look at the strip ratio, the economics start changing," he said.

The strip ratio is expected to be just 0.3:1, with mineralisation outcrops starting at surface.

Ward said a strip ratio like that would equate to mining costs of around $2.50 per tonne.

Mining would be via open pit, but ore would be mined in benches and trucked a short distance to twin raisebored orepasses to be sent to the bottom of a 1km decline for loading and trucking to the processing plant.

"We're looking to have an open cut mine that's using a lot of underground technology," Ward said.

While it's early days, Ward expects Unicorn to have capital costs of around $250-300 million.

Keeping costs down is access to power, water and logistics, which Ward said would save the company as much as $350 million.

Product from Unicorn would be trucked to Albury in containers and railed to Melbourne for shipment.

The operation would be completely residential, sourcing workers from nearby towns - and Ward said the company would not be forced to pay the inflated wages seen in Western Australia.

Corryong is just 30km away and the 1200-strong population is supportive of the project, with community meetings drawing up to 10% of the population.

"They don't fear it because they understand it," Ward said.

Ward said the Victorian government had also been supportive and the project was on unrestricted crown land with no known native title, flora or fauna issues.

"The Victorian government is starting to recognise that base metals are the future of the industry," he said.

Ward believes a mine at Unicorn is still three to five years away when factoring in feasibility studies, an 18-month approvals process, an 18-month construction time and further exploration.

He said the area was still grossly underexplored and the potential of Unicorn was exciting.

"You don't find new porphyry provinces every day - particularly not in Australia." 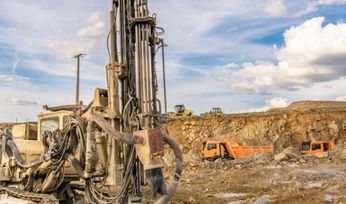 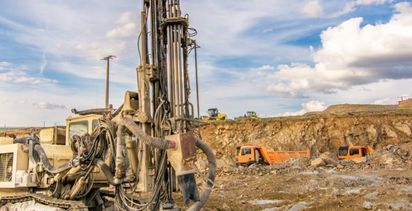 'Could Anglo be incubating a mining unicorn?'