WA resources worth $114B

THE value of Western Australia’s minerals and petroleum sector reached a record $A113.8 billion in 2013 despite a drop-off in exploration. 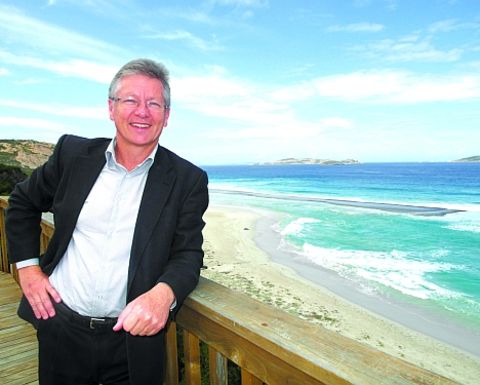 Breaking the 2011 record of $108 billion and soaring 15% above the 2012 figure of $102 billion, WA Mines and Petroleum Minister Bill Marmion said it was a strong outcome, given weakened commodity prices and the strength of the Australian dollar through the first five months of 2013.

Iron ore continues to be the state's most valuable export, accounting for $68 billion, or 76% of the mineral sector's total sales.

Continuing strong demand for the resource was evidenced through the quantity sold, increasing 16% in 2013 to 556 million tonnes, with total sales rising 29%.

Valued at a record $24.7 billion in 2013, WA’s petroleum sector is the state’s second most valuable producer after iron ore.

However, in terms of mineral commodities, gold was the second most valuable with total sales of $8.7 billion, representing 10% of total mineral sales.

Marmion said the results were a good indication of how strongly the industry was going.

“The depreciation of the Australian dollar in 2013 has been a key factor in boosting the value of WA's mineral and petroleum exports, with the weaker Australian dollar helping to counter the fall in commodity prices during the year,” Marmion said.

“The value of sales was also assisted by increases in some of the volumes of commodities sold.

“Strong demand from China meant the iron ore sector achieved a record 556 million tonnes in exports, an increase of 16% over the previous calendar year.

“However, despite increased output of almost 3%, the average gold price was down by 16%, which contributed to a decrease of 7% in the sales value on the previous year.”

Alumina and nickel maintained long-held positions as WA's third and fourth most valuable mineral commodity sectors respectively, with the total value of alumina increasing by nearly 13% to $4.1 billion.

In contrast, total nickel sales were valued at $3.4 billion, representing a 10% decrease.

The overall value of base metals (copper, lead and zinc) increased by 16% to $1.7 billion in 2013 and the other category of vanadium, rare earths, manganese and industrial minerals, reached a total sales value of $1 billion for the period.

The department credited the increase in base metal sales to the recommencement of shipments from the Paroo Station lead project near Wiluna and the ramping-up of Sandfire’s DeGrussa-Doolgunna copper-gold project.

By far the most significant base metal was copper, with a total sales value of $1.5 billion, an 11% year-on-year increase.

However, figures released by the Australian Bureau of Statistics show a staggering drop in exploration spending in the state.

The seasonally adjusted estimate for mineral exploration expenditure fell by 12.5%, or $75.8 million, to $533 million in the three months to December 31.

"The largest contributor to the fall this quarter was Western Australia, down 19.3% or $73.4 million," the ABS said.

Association of Mining and Exploration Companies chief executive Simon Bennison said the latest figures were of "extreme concern" to the industry.

“The implementation of the government’s exploration development incentive can’t come soon enough for Australia’s mineral explorers,” he said, noting a significant drop in greenfields exploration where the number of metres drilled declined 33% during the quarter.

“This decrease in greenfields exploration expenditure and metres drilled is extremely concerning, as it takes on average seven years to convert a discovery into an operating mine.” 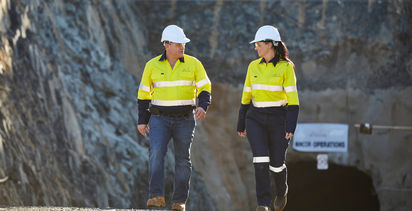