MAJOR gold miners contributed almost US$38 billion to the GDP of countries where they operated in 2020, according to a report from the World Gold Council released this week.

"This represented 63% of the total revenue they received from gold sales and equates to almost $1100 in value added locally for every ounce of gold produced," the WGC said.

Barrick Gold welcomed the report, saying its status as an industry leader in socio-economic development was underscored by the comparison between its performance and the industrywide figures reported by the WGC.

"This all happened against the backdrop of the COVID-19 pandemic when our prompt and effective responses protected our businesses from the worst of the virus and provided a further opportunity for us to demonstrate our commitment to partnerships," president and CEO Mark Bristow said.

The "Social and economic contribution of gold mining" report was based on data provided by 31 of the WGC's 33 member companies on 122 operations and 81 non-operating sites across 38 countries.

The WGC said its members directly employed almost 200,000 people and supported a further 1.2 million jobs through local suppliers, that in turn induced a further 700,000 jobs, which the WGC said meant every job in the gold mining industry supported six more - or close to 10 if induced jobs were included.

Newcrest Mining CEO and chair of the WGC ESG Taskforce Sandeep Biswas said the report outlined "the enormous social and economic contribution our industry is making in countries across the world".

"Investments made by the gold sector will continue to deliver long-term benefits to local communities, extending to well after mine life ends," he said.

WGC CFO Terry Heymann said the report also provided evidence of the important contribution made by the industry in advancing the UN sustainable development goals.

The WGC said its members produced 34.5 million ounces of gold in 2020 and accounted for almost 40% of large-scale mining, which was responsible for about 80% of all newly-mined gold production.

Of the 34.5Moz, 29% came from lower-income countries and 22% from countries whose economies were gold-intensive, the WGC said.

"It is notable that wages among WGC member companies are on average six times higher than the national average," it said.

The WGC had collaborated on the report with research partner, Steward Redqueen, which used an econometric Input-Output model, which quantified financial flows between economic sectors, to calculate the industry's indirect impact and overall value added.

Australian WGC member companies had a total revenue of A$6.36 billion and made $3 billion of in-country payments to suppliers.

The average wage of Australian WGC member employees was $119,916. 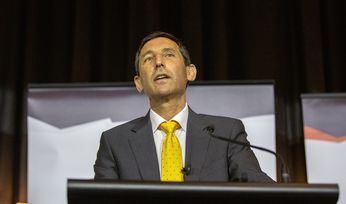 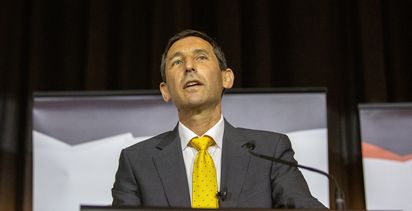