COBALT prices have started the year strongly, with Benchmark Mineral Intelligence saying the market was underpinned by strong fundamentals and tipping a “marginal deficit” by late 2021. 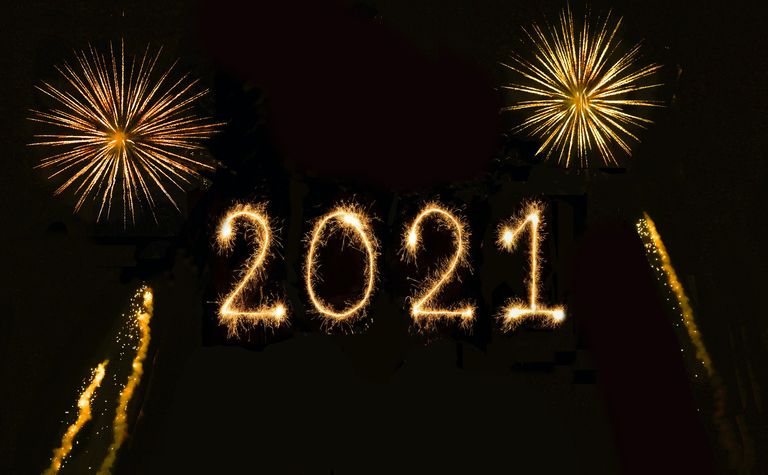 Benchmark put the price rise down to a deal said to be struck in December between the Chinese State Reserve Bureau and its approved Chinese suppliers, over up to 3000 tonnes cobalt metal to be delivered in the first half of this year.

It said the cobalt sulphate price rose 3.2% in December on an EXW China basis, with the high end of transactions reaching US$8900/t by year-end and rising a further 6% in the first week of January.

Cobalt hydroxide, the feedstock for cobalt sulphate production, had also seen an increase in observed payables to the highest level since March 2018, Benchmark said.

Cobalt metal prices had increased this year by almost 8% on an EXW Europe basis on December averages, although Benchmark pointed out the December average of $15.45/lb or $34,050/t was below the long-term average.

Cobalt metal had soared to $96,200/t in April 2018 as sentiment overshadowed actual demand for the mineral needed in electric vehicle batteries. 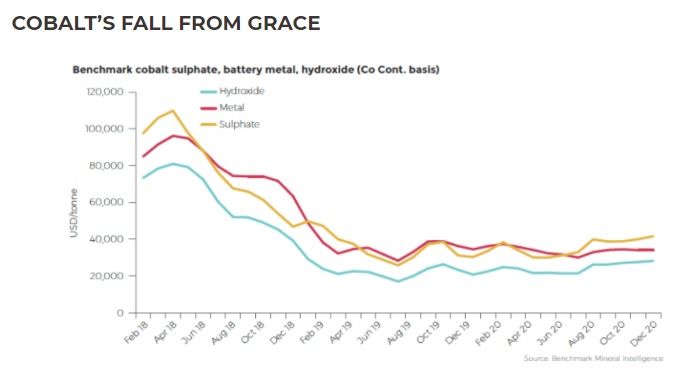 Benchmark noted cobalt prices were often higher in January ahead of the Chinese New Year celebrations but said tight cobalt supply was the differentiator compared with the past two years.

It pointed to a number of factors, including a rapid acceleration in demand following the virus recovery and a delayed transition to high-nickel, low-cobalt cathodes.

Benchmark also referred to a delay to new supply, citing the closure and subsequent delays to Chemaf's Mutoshi operation, and Glencore's Mutanda being placed on care and maintenance, both in the Democratic Republic of Congo, which had taken a toll on hydroxide availability.

"Not only is demand increasing, but the cobalt market is set to transition into undersupply imminently as demand begins to outstrip supply, due to a lack of investment in the upstream following nearly three years of low or falling prices," it said.

"Benchmark forecasts the cobalt market will fall into marginal deficit by late 2021, with this growing from 2022 and beyond."

Gold is predicted to come back to earth with a bang in 2022. 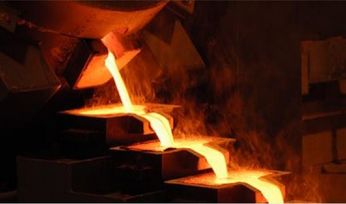 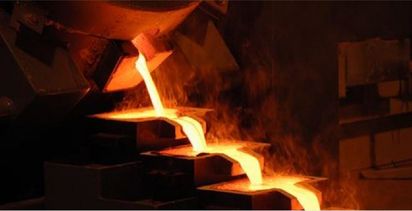