NORTHERN Star Resources has posted a solid set of financial results for the December half. It represented the first full reporting period since the company merged with Saracen Mineral Holdings a year ago.

The company declared a fully franked interim dividend of 10c per share, up 5% on the December half of 2020 and representing a payout ratio of 27% of cash earnings.

Northern Star closed the half with cash and bullion of $588 million and net cash of $288 million.

RBC Capital Markets is forecasting full-year production of 1.57Moz at AISC of $1577/oz.

"Meeting FY22 AISC guidance given industry cost pressures and after a higher cost H1 would be a positive outcome for Northern Star," analyst Alexander Barkley said.

Tonkin welcomed the partial relaxation of WA's hard border and the halving of the COVID-19 isolation period to seven days.

"It makes a major structural difference to us in our planning," he said.

"There's the actual health risk and sickness downtime but then there's the structural downtime created by these isolation periods and that was what was really penalising WA, so the fact that that has changed is really key."

Meanwhile, Northern Star invested C$154 million in Canadian developer Osisko Mining during the December half and has an exclusive right to negotiate a 50:50 joint venture over the high-grade Windfall project in Quebec.

Due diligence is continuing and Tonkin will visit Windfall later this month during a trip to North America to spend time at the Pogo mine.

Earnings growth maintained, but will land at lower end of forecast, while costs push upper limit 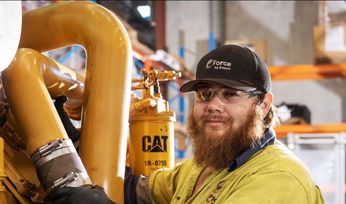