LUCAPA Diamond Company says it remains on track to record an operating profit for 2019 after its two African operations performed to plan. 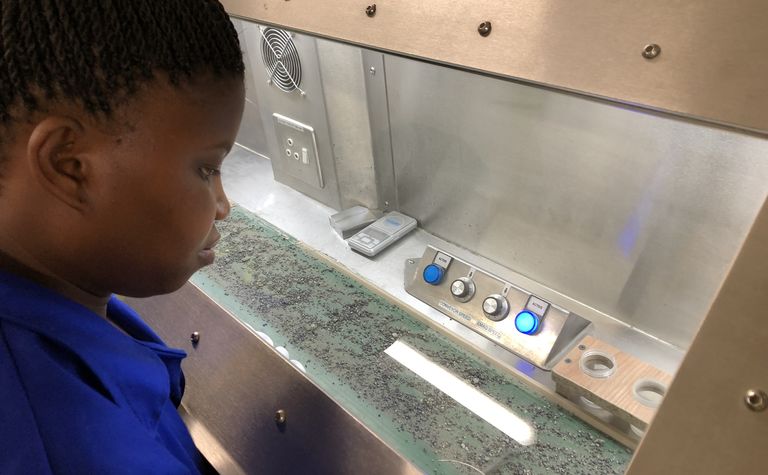 Recovering diamonds at Mothae, in Lesotho

The company recovered 10,217 carats from the 70%-owned Mothae mine in Lesotho and 40%-owned Lulo concession in Angola, taking diamonds recovered for the half to 20,504ct.

That included the recovery of 215 plus-4.8ct diamonds for the quarter, and 445 for the half.

Mining and processing at Mothae performed ahead of plan due to higher than planned grades.

The mine generated EBITDA of $1.1 million for the half.

Dewatering of the southern pit is underway to allow access to higher-margin diamond zones this quarter.

While Lulo underperformed operationally, year-on-year sales soared at an average price per carat of $3668, cementing the mine's status as the highest average price alluvial diamond production.

A new earthmoving fleet has just arrived onsite to expand production and cashflow.

Lucapa closed the quarter with diamond inventory of 7001ct. Sales from both mines are scheduled for this month.

Lucapa had $5.2 million cash at the end of June, while the Lulo operating company had $9 million.

Shares in the company were unchanged today at A15.5c, valuing it at $76.8 million. 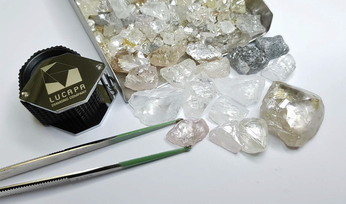 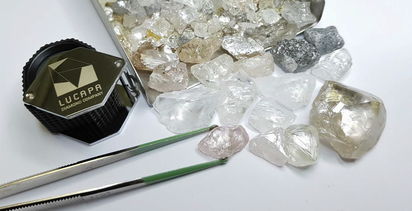