THE Western Australian Liberal Party has announced it will block an increase in the gold royalty, hours after hundreds of gold miners rallied on the steps of Parliament House. 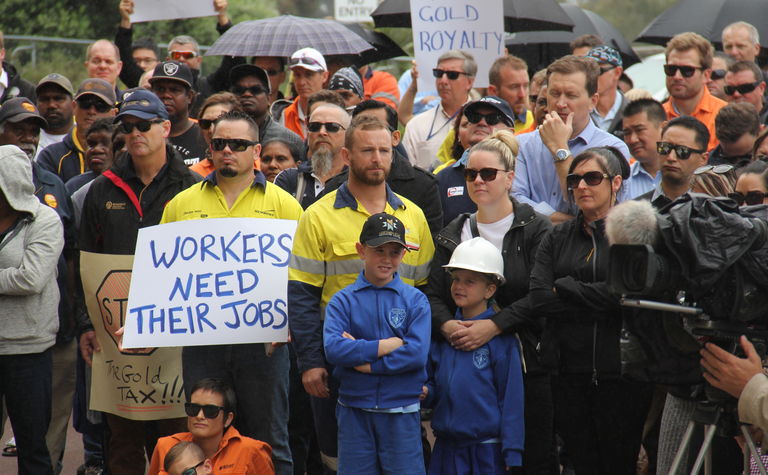 The gold sector staged a protest this morning as Liberal Party members arrived at Parliament House for a party room meeting to discuss the party's stance on Labor's plans to lift the gold royalty rate by 50% to 3.75%.

Up to 700 protestors held up placards while "gold-themed" songs blared from speakers.

Nationals WA leader Mia Davies addressed the rally in opposition of the increase, while Liberal leader Dr Mike Nahan accused the Labor government of going back on its word.

Treasurer Ben Wyatt tried to explain the reasons behind the hike to the rally, but was met with heckling.

"What I see is a situation where the government is playing politics with real people - this may be a game to you, and the numbers may look good on a spreadsheet, but in reality you are messing around with real peoples' lives," he said. "Look at this royalty increase for what it actually is: a short-term money grab that is going to hurt hard-working Western Australians."

A few hours later, Nahan re-emerged on the steps of Parliament House to announce that the Liberal Party had voted to block the increase.

Miners were quick to applaud the decision.

Newcrest executive general manager public affairs and social performance Ian Kemish said the decision to oppose the royalty hike was the "right thing to do".

"This has provided hope to the workers in the West Australian gold sector and for future investment in the gold industry in WA," he said.

"We call on the ALP government to drop the royalty increase altogether."

Saracen Mineral Holdings managing director Raleigh Finlayson said the gold industry was grateful to all the MPs who had vowed to block the increase.

"We are also very appreciative of the support we have received from suppliers, contractors and so many people in the wider WA community who recognise the vital role the gold industry plays in creating jobs and economic growth," he said. "The Liberal, Nationals and cross-bench MPs who have vowed to block the WA Labor government's planned royalty increase will save many West Australians their jobs and help ensure the industry continues to invest heavily in exploration, which will in turn create further jobs and economic growth," he said.

Chamber of Minerals and Energy CEO Reg Howard-Smith said the decision to block the royalty hike was a win for common sense.

"Our modelling clearly showed the direct and flow-on economic impacts of this proposal were too much to bear," he said.

"The reality is there are gold mines which are too marginal to absorb the 50% increase in costs and jobs would have been lost.

"I look forward to continuing to work with the WA Liberals, Nationals and other members of Parliament to assist them with whatever information they require to block this legislation." 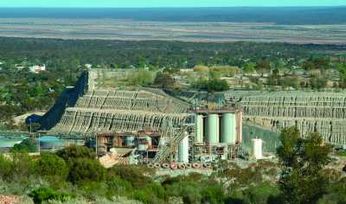