Neo Lithium is advancing towards being Argentina's next lithium carbonate producer with its high-grade Tres Quebradas project in Catamarca province, commonly referred to as the 3Q project. A discovery that resulted in the delineation of the third-highest grade lithium deposit in the world with one of the lowest levels of magnesium and sulphate impurities.

Without significant amounts of impurities to remove and very high grade, 3Q has the lowest operational cost and the lowest development cost of any lithium project in the industry at just  US$16,000 per tonne of installed capacity and an operational cost below US$ 3,000 per tonn of lithium carbonate, according to its March 2019 pre-feasibility study. "We will have both low opex and low capex as we don't have to build a liming plant or massive circuits in the processing plant to get rid of the impurities utilising lots of reagents. This is massive. We concentrate to 3,6% and consume half the fresh water of most lithium projects. Low utilisation of reagents, lower energy consumption and clever chemistry are the reasons why 3Q will have first quartile costs," said COO Gabriel Pindar, who previously worked for BHP Billiton.

The company aims to initially produce 20,000 tonnes of battery grade lithium carbonate over a 35-year mine life following an initial capital investment of $318.9 million from proven and probable reserves of 1.3 million tonnes of lithium carbonate equivalent (LCE) from within a global measured and indicated resource of 4Mt LCE, with an additional 3Mt LCE in inferred resources.

With a feasibility study underway and scheduled for completion in the second quarter of 2021 the company is not contemplating any significant changes. "The economics look the same as the PFS, the capex looks almost the same although there will be less contingency and more in the capital plant," said Pindar.

3Q has been designed for a 40,000tpy capacity of which the first stage will be 20,000tpy. The brine operation will concentrate the brine to 4% which will be trucked to a plant in the town of Fiambala. The lithium carbonate it will produce with then be trucked to a railhead at Recreo for transportation to the port of Buenos Aires or Rosario. Neo Lithium plans on establishing a depot at Recreo to hold inventory as well as receive shipments of reagents. "The trucks will be fully-loaded both ways and this logistics route will be cheaper than shipping through Chile although that is a shorter route. Then, as soon as the market demands it we, will trigger the expansion to 40,000tpy," said Pindar.

Mid-2021 promises to be a busy time for Neo Lithium. In addition to completing the feasibility study, the company expects to complete the final construction approval with the government and have its project financing package in place. The company already has a tax stability agreement in place providing 30-years of fiscal stability. "We are getting a lot of interest from financial institutions interested in investing in clean energy," he said.

The company achieved a major milestone to this end recently in September 2020 when it secured an C$8.5 million strategic equity investment from Contemporary Amperex Technology (CATL), a leading Chinese battery manufacturer and technology company which specialises in the manufacture of lithium-ion batteries for electric vehicles and energy storage systems, and battery management systems.

Under the strategic agreement CATL participates in the technical committee guiding the development and help ensure that 3Q's product makes the grade in the battery world. With production due to commence in 2023, CATL's understanding of the battery market demand will be crucial intelligence.

Pindar naturally expects CATL will want to enter into an offtake agreement and / or provide finance for the development, although with management owning 12% of the company, it is not looking for it to be the sole participant in either.

Neo Lithium is confident in its process. The pilot evaporation ponds have been operating continuously for more than two years and a pilot processing plant has been operating for more than a year with several batches of battery-grade material (99.6% lithium carbonate) produced to date. The project is located far from any settlements or indigenous communities yet close to important infrastructure such as paved highways.

The project has obtained a surface and access  easement from the mining authority as well as an environmental permit and chemical plant permit. The company has applied for its final construction permit and in the approval process, which is expected to complete in mid-2021.

Spot prices are currently below long-term contract prices which Pindar sees as an indication that the market expects prices to rise going forward. "Tesla's projected demand for lithium has been talked about a lot, but less so is that CATL is building a battery plant in Germany that will require three times our capacity as well as undertaking expansion at its operations in China, and future plant in the USA " said Pindar. 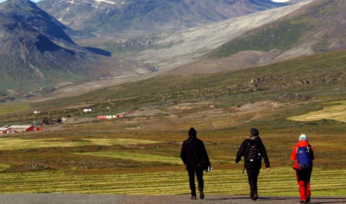 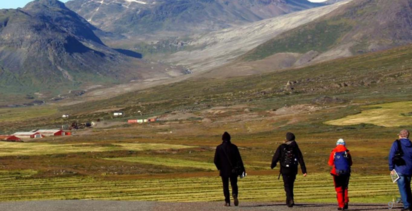 Production Manager in the Elastomer Division of our Manufacturing facility

Electrical Supervisor to provide support to the Manufacturing Facilities Team