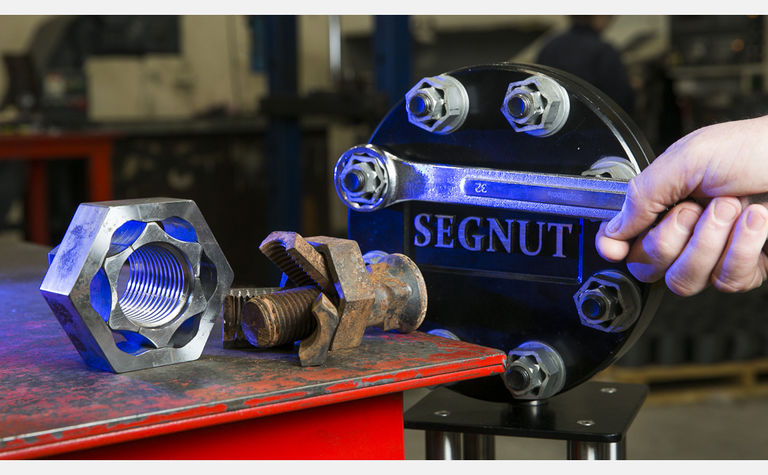 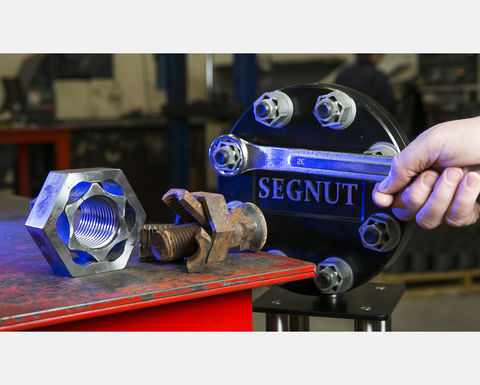 When removed, the Segnut falls away from the bolt without having to travel back up the thread

Recent trials by fastening systems innovator Segnut at an aluminium plant and a steel recycling plant have reaffirmed the product's ability to reduce maintenance risks, improve safety and increase productivity.

The Segnut is a world-first, patented threaded nut system which has been shown to reduce the time taken to remove seized and damaged nuts in fixed and mobile equipment by up to 97 percent.

The Segnut has a patented inner section consisting of three segments held captive by an outer retaining sleeve. When the outer sleeve is turned a few degrees in the tightening direction, the Segnut releases from the bolt and falls away.

This means a damaged nut can be removed without it having to travel back up the bolt thread and also eliminates the need for hazardous and time-consuming removal methods such as oxy cutting (ie gas axing), hydraulic nut splitting and angle grinding.

The success of a recent trial at Rio Tinto's Bell Bay Aluminium refinery in northern Tasmania has resulted in Segnut being added to the site's inventory management system as a regular supply item for day-to-day operations.

During the trial,  Segnuts were used to secure wear plates on the paste mixers as part of the carbon anode manufacturing process. They were operated at temperatures in excess of 250 degrees C.

The securing bolts must be removed from the inside of the machine, making periodic removal of the plates difficult and time-consuming. It also required maintenance personnel to work in confined spaces and make use of high-risk oxy-acetylene cutting.

Being a smelting environment with multiple risks surrounding fumes and hot works in the same place, the elimination of these practices in the refinery is a high safety priority for Bell Bay.

Segnut provided a solution that removed the need for dangerous high-energy removal methods and significantly shortened the change-out downtime. 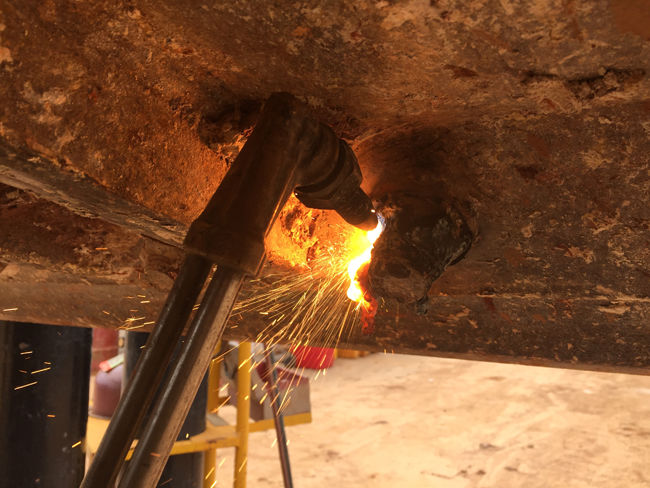 Handling the heat at Infrabuild

The Segnut was also put to the test in extreme conditions at the Infrabuild steel recycling facility in Laverton, Victoria.

Segnuts were used to secure the water-filled insulating jacket on a furnace running at 1300 degrees C, with the nuts themselves exposed to temperatures as high as 450 degrees C.

The trial measured how the Segnut performed as a fastener in such extreme conditions. After eight weeks, tests showed that the nuts' oxide coating remained intact and that the structural integrity of the nut was not compromised.

The recent test successes coupled with the results of previous trials are paving the way for the wider application of Segnuts in the mining and construction industries.

"Tests on D10 Dozers at a gold mine in Western Australia reduced the time taken to remove the nuts from a cutting edge blade by 79 percent, and also eliminated critical health and safety issues," said Segnut Director Product Development, Tom Baskovich.

"Similarly, high risk nut removal methods were eliminated with the use of Segnuts on loaders at a quarry in South Australia, where a spate of serious lost time injuries had occurred.

"We have also run successful trials in an impact crusher, on front-end loaders, and on vibratory screens with Segnut delivering safety, time and labour savings whilst demonstrating its impact across a wide range of applications," Baskovich said. 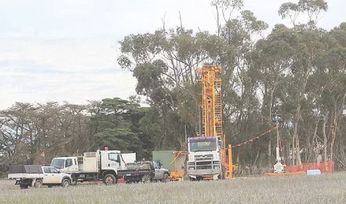 88 Energy on the Verge of Company Making Drilling in Alaska