We're back in the tin business

TIN has been ignored by most commentators in Australia - soon they will have to play catch-up. The Outcrop by Robin Bromby

There have been times when your correspondent felt he was wasting his breath trying to whip up some enthusiasm for tin, although that is not surprising considering the metal has been through some pretty rum times since the world tin market collapsed in 1985.

Even before that, tin companies here had mixed fortunes. Around 100 companies have been listed on the various stock exchanges of Australia with the word ‘tin’ in their names, including Queensland Tin & Metals Mines (delisted 1931), Tin & Gold Mines (delisted 1935) and Tin Bentong NL (1954). As late as 1991, Tin Creek Mining Corporation went out of business and was delisted.

But a new era is upon us - provided, of course, an event does not come along to cause a repeat of the mid-80s.

The big news of the week was the long expected announcement by Metals X that it will be reopening not only the famed Renison Bell tin mine, but Tasmania’s other iconic operation at Mt Bischoff which - until underground work stopped in 1914 - was one of the world’s richest tin mines.

Putting this move in context is a statement made by Metals X managing director Peter Cook late last month when releasing the annual result, which included production from its Collingwood mine in far north Queensland (which, even though modest by international standards, still managed to be Australia‘s largest tin operation).

The Indonesians and the Chinese still control a large slice of the market. And, with tin managing to hold above $US16,000 per tonne, there is clearly plenty of money to be made. This week the world’s largest producer, Yunnan Tin, reported a four-fold increase in profits for the first nine months of 2007.

The company is the only listed tin producer in China and its shares have risen 10-fold so far this year.

It has clearly been seeing enormous cash flows; three-month tin at the London Metal Exchange closed on Tuesday at $US16,500/t but spot prices in China have reportedly surged above $US20,000/t.

And, even after Indonesia’s clamp down on illegal miners (the main cause of the strong metal price), there are other signs that supply will continue to be constrained. London Metal Exchange inventories have continued to fall this week, and last week the governor of Indonesia’s Bangka-Belitung islands, the main source of tin in that country, was sticking by a decree to limit tin exports.

This is all part of the effort to clamp down on the illegal mines. Indonesia is anxious to put them out of business after their excess production in 2002 undermined the metal’s price.

As a result of the continuing Indonesian pressure, and the fact that some smelters there are lying idle, there is talk from some analysts that the tin price could hit $US18,000/t before year-end. Trading has been strong this week on the Kuala Lumpur Tin Market.

A poll of 13 metals analysts published by Reuters last week shows most of them are revising upwards their metals prices outlook, with the most bullish scale-ups involving lead, nickel and tin (although this should be viewed in light of comments in this space last week about the value of such forecasts, such revision tending to support the view that “guest mate” is the word we need here).

London-based Natixis Commodity Markets, in its latest quarterly, says it had increased its estimate of the tin market deficit from 2000t to 7000t, and that there has been a big draw-down on inventories in China.

There are now plenty of choices for local investors when it comes to tin. These include Minemakers, YTC Resources, Malachite Resources, Cluff Resources Pacific, Stonehenge Metals and North Queensland Metals - but that list is not exhaustive.

For example, this week Auzex Resources reported some encouraging sampling from its Khartoum tin project, 100km southwest of Cairns.

We are all going to hear a great deal more about tin from here on in.

Neither MiningNews.net nor the author offers any recommendation about any stock mentioned and investors should seek the advice of a professional financial adviser. The author does not hold stock in any of the companies mentioned. 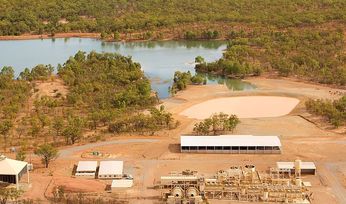 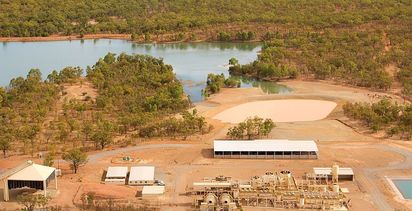 For miners, there's good news — and not so good news