WESTERN Australia may be the main story in the mining boom - but it’s not the only story. The Outcrop by Robin Bromby.

This column comes with a warning: it may include disturbing concepts for readers living in the western third of this great country and who believe that not much happens once you get several hundred kilometres east of Kalgoorlie.

A recent presentation by copper explorer Cobar Consolidated, which listed in 2006, contained one particularly interesting graphic: it showed - two maps side by side - the tenement position around Cobar, New South Wales, four years ago and the position today.

The 2003 map shows vast areas of unpegged land. By 2007 the unpegged area had shrunk to about a quarter of the size it had been four years previously. Cobar Consolidated made the point that the fact so many companies had taken up ground in the region supported its view that the company was exploring one of the best addresses in western NSW.

Or perhaps it has just as much to do with the fact that, after mining and farming, putting together mining or oil prospectuses for initial public offerings seems to be the next largest area of economic activity in Australia. And all those new floats have to find tenements somewhere, as do the already-listed companies whose first exploration stories have not worked out quite as intended.

Cynicism apart, there is no doubt NSW is a fast growing mineral exploration state.

WA dominates thinking in the mining world with the bulk of the juniors - not to mention the mining press and commentators - located in Perth; South Australia has begun to have tickets on itself in recent years, what with the Gawler Craton and uranium; Tasmania has become the emerging state; and Queensland is certainly a major player even though one recent description of Mount Isa as the “Kalgoorlie of the east” seemed a little fanciful - while juniors’ activity has stepped up recently, it is essentially a town created around one company, the great and much missed MIM.

And Victoria? In some ways, it’s the biggest disappointment and it will need something big to be found - and successfully developed - to get its profile back on the exploration radar.

But NSW has not been given its proper due. It is one of the two big coal producing states, but that enterprise tends to be in the hands of the global players and, therefore, does not get all that much play with the average investor. But the state’s story now goes well beyond coal.

Broken Hill is back in action with two successful zinc operations; Cobar is regaining its mining mantle; Barrick Gold has successfully launched a gold mine at Lake Cowal and has a resource of around 3 million ounces; and there is Newcrest Mining with Cadia and Ridgeway.

And, at long last, the historic Hill End goldfield is about to come back into production.

Those are the more obvious developments, but the state is teeming with exciting new projects.

Companies are combing out past Tibooburra, an area unexplored for decades if not close to a century.

And investors are starting to react to finds as they would to something exciting within 100km of Kalgoorlie - witness the share bounce by Peel Exploration when it announced high-grade tungsten and molybdenum hits near Tamworth; or when Paradigm Metals reported high-grade copper from its Frogmore project.

Malachite Resources has silver in high grades along with copper, tin and indium at the historic Conrad mine in northern NSW; Straits Resources has pumped life back into the Hillgrove mine and will produce 10,000 tonnes of antimony and 21,000oz of gold a year.

It is interesting to note the Japanese are taking a big interest in NSW (although the Chinese don’t seem to have woken up to its potential, at least not yet). Mitsubishi has recently gone into a joint venture with Gateway Mining and Minotaur Exploration at Cowra and with Minotaur alone at Boorowa (both copper-gold), while Minotaur has teamed up with Sumitomo near Broken Hill at a zinc-lead prospect.

Toodyay Resources has been recapitalised and picked up a copper project south of Oberon. Tri Origin Minerals is developing the Woodlawn zinc-copper project near Canberra, Ironbark Gold is drilling at the historic mining town of Captains Flat, and Sultan Corporation is drilling another long forgotten zinc-lead project in Peelwood.

And, true, some of these projects will come to nothing. But, I believe, that also occasionally happens in WA. 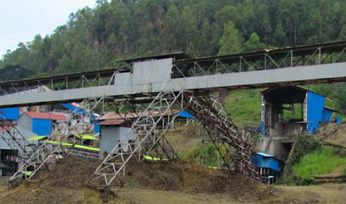 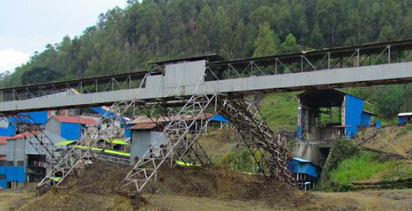 How the mainstream media fail the mining industry