THE team at Adriatic Metals are still trying to get their heads around one of the year’s most exciting exploration stories. 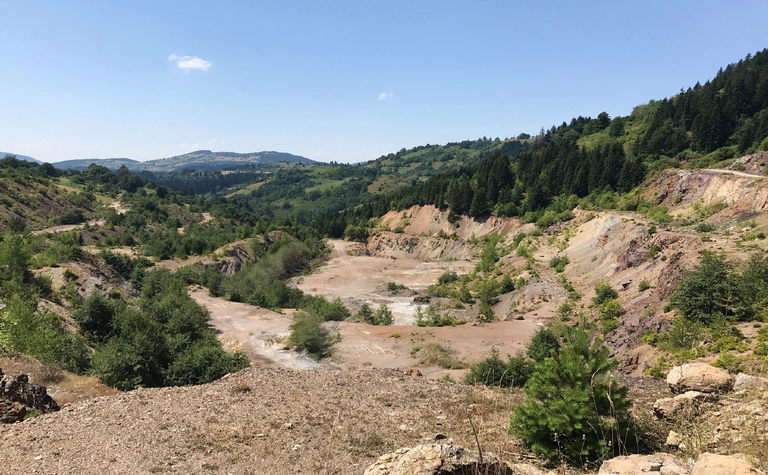 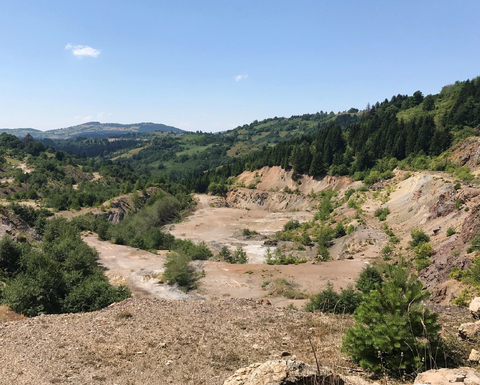 Adriatic is one of the ASX's more unique exploration stories

Adriatic is not your average ASX-listed explorer: it is based in London and has a polymetallic project in Bosnia & Herzegovina.

In 2017, former Anatolia Energy CEO Paul Cronin was invited to look at Rupice and Veovaca projects by a Bosnian-Australian lawyer, who was the owner of the project.

"He needed help trying to do something with it so we went over there and had a look at it," Cronin told MNN.

The visit was during winter when not a lot of the ground was accessible and Cronin admits he had his doubts. He was invited to speak with the CEO of the geological institute in Sarajevo.

"When I arrived at his office, he pulled out some archive boxes and he started laying out for me some of the old drill sections that had been drilled in the 1980s and ‘90s, and we sort of noticed we were starting to see, on a north-easterly direction, increasing grade and thickness," Cronin said.

There were drillholes on the plan that were never drilled due to the breakout of the war.

The team digitised the old information and did some modelling, initially believing they might have a small, but high-grade resource.

The decision was made to buy the project and drilling started shortly thereafter.

"We drilled out the old open pit for confirmation drilling and we hit some good results there, 80-90m at 13% zinc equivalent, which is great," Cronin said.

It allowed the company to report a modest maiden resource of 4.4 million tonnes at about 2% zinc for the Veovaca project, a historical open cut zinc-lead-barite and silver mine close to roads, a rail line and power.

"We finished the confirmation program a couple of months later and moved our one rig up the hill to Rupice, and I got the first result back in August 2017 and this drill hole was about 64m at 33% zinc," Cronin said.

"I was absolutely over the moon and we were right that it did get increasingly thick, so I said to our chief geologist Bob Annett, ‘let's go for the hail Mary and move the rig 70m over in that direction and see if it's as big as we think it could be' and we missed altogether."

There weren't many misses though - of the eight holes drilled in 2017, six hit very thick, high-grade mineralisation.

"Having looked of the IP, having looked at the results of the soils, we said ‘right, this thing needs a much bigger exploration program' because we weren't even really able to classify what it was at that point in time - in fact we still haven't been able to classify it," Cronin said.

The decision was made to float the company in Australia, where there was a better appetite for juniors at the time.

Independence Group chairman Peter Bilbe was brought on as chairman.

The initial public offering received strong backing, with the A$10 million offer closing early and oversubscribed and attracted a $2 million cornerstone investment from Sandfire Resources.

"They'd been to site and had a look around and decided to come in as a cornerstone, so that lent a lot of credibility to the project," Cronin said.

"I think we were successful in explaining Bosnia and how it works and what's going on there, which were obviously concerns people had in Australia.

"We were able to move things along pretty well with a good institutional interest, and then obviously we started putting out drillhole results after the IPO and then the story just went from there."

One of those holes was a hit of 64m at 8.5% zinc, 5.1% lead, 374 grams per tonne silver, 2.3gpt gold, 1% copper and 43% barite at Rupice, which the company said could make the project one of the highest grade polymetallic deposits globally.

Cronin says one of the most amazing things about the story is an unexpected find at the site of the old Veovaca plant.

"The plant itself had been totally vandalised, and wasn't usable, but there was one very big Soviet-style administration block and the ground floor - all the windows were broken, the radiators had been ripped out and the metal was gone, but we climbed up onto the second floor and the third floor and scattered all over the floor and covered in bird droppings and damaged by snow and everything else, were these typed-up reports, all perfectly bound," he said.

"We started picking them up and flicking through them and we realised they were basically a history of all the exploration that had been done in Yugoslavia between 1960 and 1990 in Bosnia. There would have been maybe 1500 of these typed reports.

"We gathered them all up, drove them to Sarajevo and cleaned them up. We hired a guy to systematically go through and read them and prioritise them to which ones needed translating and digitising. In all of that information we found drillhole logs, details of work that had been done on adits, trenching, all over the region."

The information, along with modern exploration techniques like induced polarisation and LIDAR survey, is now guiding Adriatic's work.

The company successfully applied to extend the boundary of its license to the north, which has opened up new targets.

"So that's part of our focus for this year as well with the intention of adding more tonnes over the coming years," Cronin said.

Still, it's not easy exploration.

"The terrain is difficult - you're either covered in snow or covered in rain and mud," Cronin said.

"You get four months of the year of it being quite dry and pleasant."

While it's possible to drill all-year round, "it gets pretty unpleasant".

"An unhappy driller doesn't get the metres for you. But snow melts, you get back in there and off you go," Cronin said.

Adriatic did drill right up until Christmas last year, with a hit released in January from Rupice returning 72m at 18.3% zinc, 10.7% lead, 211gpt silver, 2.54gpt gold and 2.5% copper from 206m, which is currently ranked the eighth-best ASX or TSX drill intercept of the year, according to Opaxe.

Cronin said Rupice is proving to be an interesting project that was throwing up plenty of questions.

"It's a great project - it keeps giving and giving - but it really poses a lot of questions because it's quite heavily structurally controlled," he said.

"We've had a couple of very good structural geologists look at it and give us a view and they all think it's amazing and likely to repeat, but they can't tell us where, so we just have to keep gathering more and more information and looking at what's going on there.

"But we've never seen a sedimentary deposit with these types of grades, particularly in gold and copper, with the zinc and lead. And the barite is really interesting too - it provides another tool geologically that we can use to try and understand what's going on here."

Sandfire obviously likes what it sees so far, last week spending $5.3 million to increase its stake from 7.7% to 11.1%.

A maiden resource for Rupice is due within days and a scoping study will come out, likely late this quarter or early in the December quarter.

Adriatic Metals is nominated for Explorer of the Year in the 2019 MNN Awards.

Copper miner has been buying shares on market 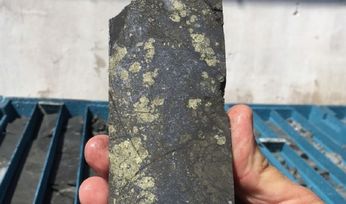 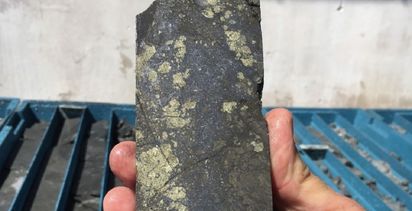