Hongkong Xinhe International Investment Company has long been an aggrieved Bullseye shareholder and in 2020, launched action in the Supreme Court of Western Australia arguing that Bullseye had not been run for the benefit of all shareholders.
While that action is still unresolved, with a decision expected later this year, it has now raised a swathe of issues with Emerald's off-market offer, including multiple breeches of the Corporations Act and undeclared associations between Emerald and Bullseye.
The all-scrip deal, which valued Bullseye at A$177 million when launched, would see one Emerald share issued for every 3.43 Bullseye shares, giving Bullseye shareholders around 18% of the combined entity.
Bullseye directors, including chairman Peter Burns, unanimously recommended the offer, and entered into a pre-bid implementation agreement that saw Emerald start with a 19.45% stake in Bullseye, which had risen to a 52.85% interest late last week when the offer was declared unconditional.
However, Xinhe wants the Takeovers Panel to block any acceptances by Emerald and make corrective disclosures and remedies to "address the springboard advantage" gained by Emerald through its "unacceptable" pre-bid conduct.
Xinhe offers no proof of the links between Emerald and Bullseye, but says the high level of acceptances into the offer over the Christmas period, and before the release of Bullseye's target's statement, enables it to infer the relationships, particularly given the significant dilution through the issue of Bullseye shares since Emerald announced its bid on December 7.
It argues that some Bullseye shareholders have been diluted by the issue of shares over 2021, when Bullseye and Emerald were talking about a potential merger, benefitting some shareholders and depriving them of a potentially higher bid price.
The bid is lower than the highest price paid by Emerald for Bullseye shares in the four months prior to the bid, Xinhe said.
Emerald has called a trading halt and will issue a response shortly.
It has argued that the merger will create a diversified gold miner with production of between 100,000-110,000 ounces per annum at Okvau in Cambodia and a potential second operation in Australia.
Bullseye, which was founded in 2006, holds more than 1200sq.km of ground in WA, including its flagship North Laverton gold project that covers the underexplored Dingo Range greenstone belt where there are JORC resources of 276,000 ounces at 2.51 grams per tonne across the Boundary, Stirling, and Bungarra deposits.
Mining commenced at Bungarra under a profit share agreement with Blue Cap Mining in December 2020, with plans to recover 37,000oz.
It also has the Southern Cross and Aurora gold projects.
Bullseye has numerous issues, all of which Emerald says it is comfortable with, including multiple tenements are subject to "opportunistic" plaints and claims for around $1 million from Sam Cheng and Eddy Cheng in the WA District Court relating to capital raising and consultancy fees. Bullseye has filed counterclaims.
The Takeovers Panel is considering whether to conduct proceedings in the Xinhe matter.
Emerald's shares were last traded at $1.14 per share, valuing it at $613 million.
The stock has traded between 75c and $1.20 over the past year.
Emerald's offer was scheduled to close on January 14. 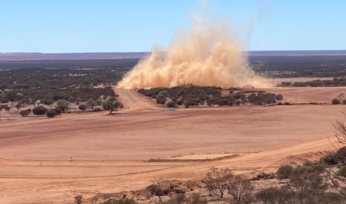 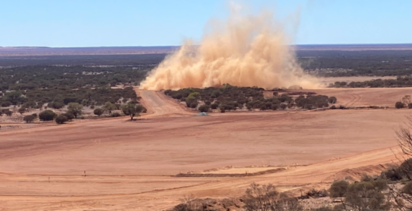