CHANGE is afoot at DiscovEx Resources, with chairman Peter Langworthy to step down as part of a deal that will deliver the junior some 2200sq.km of tenure in Western Australia’s Pilbara. 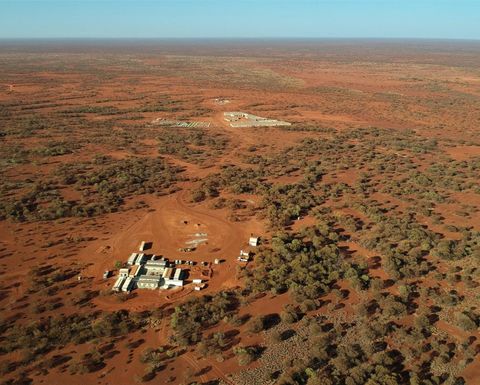 In return for scrip, DiscovEx will take over Lighthouse Resource Holdings, which has secured rights to a large tenure position adjacent to Capricorn Metals' 2.1 million ounce Karlawinda gold project.
Lighthouse is headed up by former IGO geologist and Doray Minerals co-founder Heath Hellewell, who was also described as instrumental in the acquisition of Karlawinda while at Capricorn.
Capricorn clearly likes what it sees, and will take a 12% position in DiscovEx with a A$1.2 million investment as part of a wider $3.5-4 million capital raising.
Hellewell, and Capricorn CEO Kim Massey, will both join DiscovEx's board. Langworthy will hand the chairmanship to Hellewell after eight years.
Lighthouse has agreements to secure Sylvania from Langworthy's Gateway Mining, and privately-run Crest Investment Group, and the right to earn 90% in three tenements from Crest.
DiscovEx will issue some 337.5 million shares to Lighthouse's vendors, including Crest (41%), Gateway (27%), and Langworthy (10%). Gateway expects to own around 4.55% in DiscovEx.
Lighthouses' Sylvania project contains the Prairie Downs zinc-lead-silver and Spearhole iron resources, and copper anomalies, but is significantly under-explored for gold, and that will be DiscovEx's exploration focus, but it will not walk away from its existing Edjudina and Newington projects elsewhere in WA.
DiscovEx managing director Brad Drabsch said the junior would undertake systematic, broad-scale exploration specifically targeting the discovery of large gold systems.
The Sylvania project comprises seven granted licences and 12 applications, mostly owned at 100%, that will be complemented by two tenements pegged by DiscovEx covering Archaean-aged greenstones and Proterozoic-aged volcanic and sedimentary rocks offering potential for multiple styles of Pilbara deposits.
The area contains the major Prairie Downs, Baring Downs and Nanjilgardy faults.
Westar Capital is helping manage the $3.5 million placement at 0.4c. A further $500,000 will be sought under a share purchase plan.
Shareholders are expected to meet in March to consider the deal and the capital raising.
DiscovEx shares were steady at 0.7c today, capitalising the company at $8.4 million.

Capricorn's board voted out