Taruga steps out in South Australia

FOLLOWING its pivot from Africa to Australia, Taruga Minerals has secured additional acreage near the Flinders and Torrens iron-oxide copper gold projects it has aquired over the past few months.

Taruga moved into South Australia's Gawler Craton in May under an agreement with privately-run Strikeline Resources, and with early positive indications, it has extended its option to include the Mount Craig project.
Mt Craig contains 32 small historical mines and twice as many known copper occurrences over a 34km-long strike.
Taruga believes it has all the ingredients to host high-grade copper resources at the surface, with additional potential for gold, silver, and zinc.
Torrens, Flinders and Mt Craig are within the G2 structural corridor that hosts all of SA's past and current copper mines, including Prominent Hill, Carrapateena and Olympic Dam.
Taruga's initial plan for Mt Craig is to reprocess the existing IP, gravity, magnetic and electromagnetic survey data.
It aims to get into the field before the end of the year for reconnaissance mapping, around the time it plans to complete its maiden drilling campaign to the west.
The deal also includes two small extensions to the Torrens IOCG project.
Taruga has put together a substantially new board this year, and has as its CEO geologist Thomas Line, who put together the Strikeline portfolio.
The extended option with Strikeline again comes with no additional terms to the original agreement for an upfront payment of $15,000 and further milestone and cash payments, plus spending $250,000 on exploration.
The company raised $4 million at 6c at the start of the month.
Taruga shares were last traded at 6.9c, having risen from 1.2c in January. 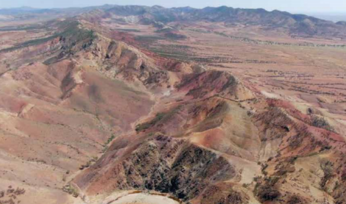 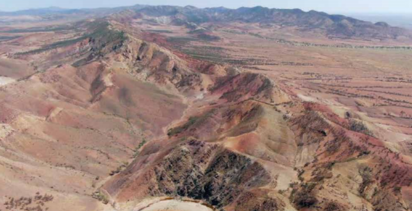