RIO Tinto has set an ambition for net zero emissions from its operations by 2050.

Rio's overall growth between now and 2030 will be carbon-neutral, underpinned by US$1 billion in climate-related spend over the next five years.

Rio CEO J-S Jacques said the investments would include such initiatives as the Pilbara solar plant, announced last week.

"We will not set targets for our customers because it doesn't make sense for us," Jacques told reporters.

However, he said Rio would continue to work with customers, like it has with Apple, on lowering emissions.

Rio has reduced absolute greenhouse gas emissions from its managed operations by 46% since 2008, or by 18% when excluding divestments.

The company exited the coal sector in 2018.

"Remember, of all the large diversified miners, we're the only one not extracting coal or drilling for oil and gas," Jacques said.

Jacques was asked if that stance would prevent M&A involving coal producers, given Rio has been linked to Glencore numerous times over the years.

"That would be a blunt no comment," he said.

"We couldn't help but notice that the closure of Pacific Aluminium (PacAl) alone would reduce emissions by circa 25%," UBS said.

"Maybe this is the elegant solution to Rio's desire to reduce CO2 as well as lifting margins within the aluminium business unit (PacAl reported an EBITDA loss of $22 million in 2019)."

Jacques admitted the situation was tough at the company's Australian aluminium smelters.

"I'd say the ice is becoming thinner [than six months ago]," he said.

Jacques said Rio was in talks with governments for a market-based solution, meaning more competitive energy costs rather than government subsidies.

Jacques said there was no easy answer on climate change.

"The ambition is clear but the pathway is not," he said.

He said governments may have to be willing to cap growth in the short-term.

"We must have an honest conversation," Jacques said.

"We believe it is now about action and results."

"However, changes need to be far bolder at a corporate, government and societal level," he said.

"Setting Rio Tinto's $1 billion in context, this represents just 16% of the dividend it distributed in 2019 or just under 5% of its reported EBITDA of $21.2 billion for the same year."

Kettle said the $1 billion investment could be funded by a 30c per tonne rise in the iron ore price.

"Having said this, miners are caught between a rock and a hard place," he said.

"The coronavirus, falling prices and the spectre of oversupply across most mined commodities are issues that are not conducive to a massive expansion of capex or expenditure that will take years to provide a ‘green dividend'."

Mineral demand expected to surge, but production must decarbonise 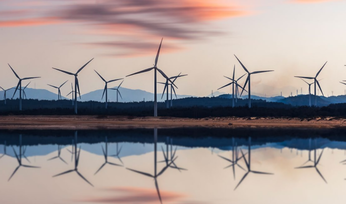 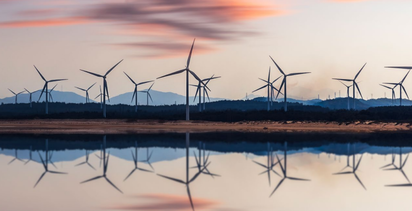 More questions than answers on ESG