Challenges remain for women in mining

WHILE progress is being made in gender diversity in mining, there is plenty more to be done, according to new data.

The Australasian Institute of Mining and Metallurgy (AusIMM) surveyed 600 of its female members in conjunction with its International Women's Day Series being held in Melbourne, Brisbane and Perth this week, comparing answers to those given by male respondents to the same questions in an employment and remuneration survey late last year.

The data showed that although female participation was slowly rising and the pay gap shrinking, support for women in the industry still needed critical attention.

Of those surveyed, 97% held a bachelor degree or higher.

Of the 21% of women who indicated they held a FIFO/DIDO role in the sector, five times as many women indicated that health care services were below average when compared to their male counterparts.

Seven times more women saw diversity and inclusion as a priority when compared to their male counterparts.

To overcome female challenges in the industry, female participants indicated that the three most important areas of focus were equal employment opportunities, flexible workplaces and an increase in industry leadership.

Nearly a third of women surveyed said equal employment opportunities was the most important area to improve diversity and inclusion, followed by workplace flexibility (25%) and increased industry leadership (20%).

"In order to have a diverse workforce we need to advocate for the industry and encourage more females to pursue careers in resources," said one of the women surveyed.

"Leaders within the industry need to understand the benefits of a diverse workforce and ensure they incorporate the need for diversity in recruitment."

AusIMM CEO Stephen Durkin used the launch of the data and the AusIMM International Women's Day event series to commit AusIMM again to leadership in the areas of diversity and inclusion.

"AusIMM recognises that we have challenges in our industry when it comes to diversity and inclusion. The numbers make that clear," he said.

"We are deeply committed to playing a strong leadership role to help fix these problems as the peak body for resources professionals.

"We're focusing on our own strategies and policies at AusIMM so that we can lead by example. We are taking real steps to be a more contemporary, welcoming and future-focused organisation."

AusIMM has committed to conducting the survey annually to analyse the perceptions and experiences of women in the sector and track industry progress. 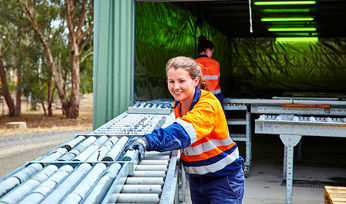 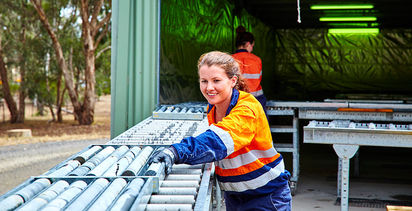 Dryblower on the mining challenges for Albo

Women flock to Rio despite past issues

Worker killed at Perseus' Yaoure mine