LEVERAGING technology to improve exploration outcomes, and lift capital returns, was a more pervasive theme at this year’s Diggers & Dealers mining forum at Kalgoorlie, an event aimed mainly at small-to-mid-cap companies. A Deloitte and Gold Industry Group event run on the sidelines of Diggers gave further insights into the walking behind the talking via a panel discussion involving mid-tier industry leaders. 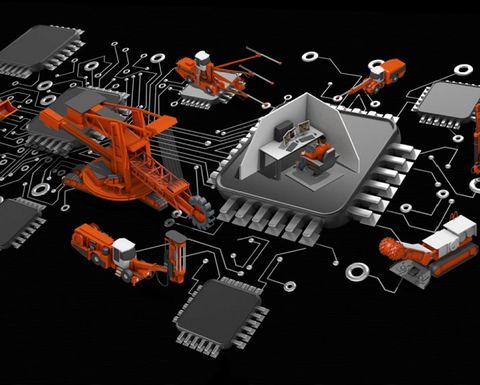 Deloitte: Digital mine taking shape now, not in the future

Deloitte published, ‘The digital revolution: Mining starts to reinvent the future', earlier this year. The research and findings were pitched predominantly at major miners.

Partner at the accounting firm, Paul Klein, said in Kalgoorlie the majors had been making significant investments in IT and automation for several years. But the firm saw 2017 as the year in which the broader mining industry was adopting a "digital agenda".

Klein wanted to reiterate an earlier message that better, cheaper technologies were being deployed by miners now. The so-called digital mine was no longer something that was part of some futuristic mining scenario.

While big miners increasingly have chief technology officers and even board members overseeing and talking about returns from technology investments, in the mid-tier space, for now at least, it's CFOs providing the narrative.

Asked about digital technologies already impacting their business, Day said Northern Star had grown fast on the back of asset acquisitions and new mine developments, with the former leaving the company to deal with massive amounts of data in legacy enterprise platforms that had to be consolidated and streamlined.

"We worked with a Curtin University team here in Western Australia who brought a machine learning solution to that project, and we were able to analyse that data and match up various items that were common across the group, even though they were reported differently in the legacy systems," he said.

"And we were able to quickly halve the number of inventory items we had using that machine learning. It would have been impossible to do that with people."

Coinciding with the announcement of another exciting gold find at the expanding Jundee mine in WA, Day said 3D seismic survey activity and data interpretation was contributing to smarter, and cheaper, exploration by Northern Star (and other companies). The new Zodiac target was generated from a 10sq.km 3D seismic survey that is expected to continue to enhance geological understanding, and targeting, at Jundee.

Northern Star, which also announced a major group reserve and resource uplift pre-Diggers, says it's A$21/oz discovery cost per resource ounce over the past three years compared with more than A$200/oz for greenfield discoveries worldwide.

"The value we get from using the 3D seismic has been absolutely tremendous in terms of, moving forward, how much value we are deriving from our exploration spend," Day said.

"It's just such a compelling value proposition for all mining companies."

Day said Northern Star was also "pioneering" the transfer of 4G communications connectivity into an underground mine environment at Millennium (though Sweden's Boliden would make a similar claim).

"The communications platform is the absolute gateway to applying technology in underground mining," said Day. Northern Star CEO Bill Beament reaffirmed the company's belief at the Diggers & Dealers forum that "the global gold industry is going to transition to underground mines [from surface operations] at an ever-increasing rate", and announced a significant new investment in underground mining skills development and innovation.

"Northern Star will also invest in acquiring and applying new technology and machinery to help ensure its exploration, development and production activity is more effective and efficient," Beament said.

The company went outside the sector's traditional mining supply base for its 4G mine communications platform, a trend set to become more evident in the broader industry over the next decade.

de Bruin suggested Resolute was working with Sandvik on a similar high-tech blueprint for the company's Syama underground gold mine in southern Mali. The company had also integrated legacy ERP systems to good effect.

Heylen said effective use of enabling and disruptive technology was among seven core strategic aims of BGC Contracting.

"We are in a capital intensive business - often investing hundreds of millions of dollars to get a large project site up and running. Our clients are looking for us to, at the moment, continue to lower costs," he said.

"We really can't change the cost of that capital. So it's about utilising technology to gain the most productivity out of that equipment. Quite simply the cost of capital, divided by the productivity, will lower the cost for our clients.

"We're not a company that is going to be developing technologies; for us it's a matter of selecting the right technology. It's certainly getting the right culture, and the people with the skills to get hold of the technology and utilise it, and be willing to utilise in the right way for the benefit of the business.

"We have a 15-year formal relationship and alliance with Komatsu … and we're using their [information and fleet control] platforms. We find as a contractor we can't afford to develop the platforms to capture performance information, so we are leveraging off the work Komatsu has done over the last 5-6 years to get those platforms right so that we can capture real-time information about production and lead times to maximise the efficiency of equipment."

All three sector leaders said the technology needed to generate data was ready available, so was the data. Optimising asset performance, utilisation and ultimately the mine value chain was the critical next step in the technology journey. 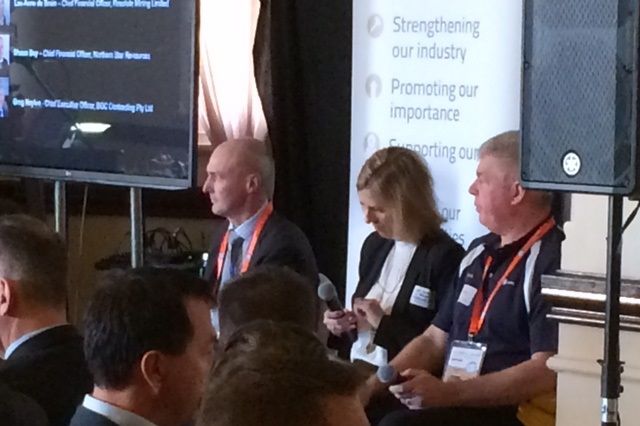 Mid-tier miners are now increasingly seeing equipment automation as part of the ‘new normal', based on adequate communications infrastructure. This is a different mindset to that of only five years ago.

"Going from zero connectivity to much greater connectivity creates a completely new risk for us, which is cyber risk," he said.

"Previously you couldn't access our 1990s technology [from outside], but now you can."

Building the skills base to effectively utilise new technology was another challenge for the industry, speakers said. Friction caused by the clash of the ‘new' and traditional cultural elements also needed to be managed.

At a bigger picture level, Day suggested technology would separate labour - perhaps quickly in future - from the "means of production", creating new tensions between capital and labour.

Seismic and the rise of smart exploration 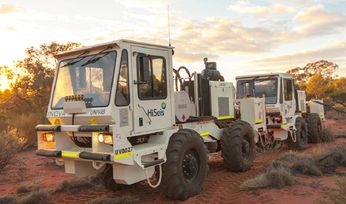 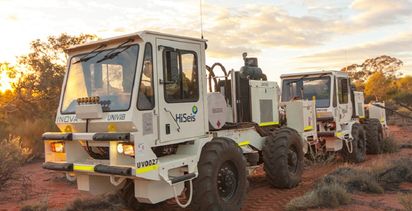