COMMISSIONING of Sandfire Resources $A40 million DeGrussa solar power plant has been completed. 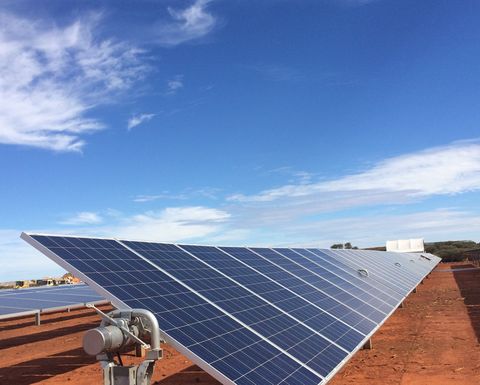 The plant achieved full generation capacity and is currently generating around 7 megawatts of power, in line with expectations.

It will ramp up during summer to 10MW.

The project comprised the installation of 34,080 solar photovoltaic panels, as well as inverters, transformers and other electrical accessories and control systems.

The panels are connected via an extensive network of low-voltage, high-voltage and communication cables to a 6MW lithium-ion battery storage facility and the existing DeGrussa 19MW diesel-fired power station.

The facility is thought to be the largest integrated off-grid solar and battery storage facility in the world.

Sandfire managing director Karl Simich said the technologies used for the facility were widely expected to have a transformation impact on the global economy over the next decade.

"These include solar power combined with a state-of-the-art lithium-ion battery storage facility, which has been used for the first time in a remote location at the DeGrussa copper-gold mine," he said.

Simich said Sandfire had received inquiries from its mining industry peers regarding adoption of the technology at their own mines.

"I would not be surprised to see more facilities like this built over the next few years, as the benefits and potential of solar power become increasingly recognised across the resource sector," he said.

"The DeGrussa Solar Project is expected to reduce our annual diesel consumption and cut our carbon emissions by more than 12,000 tonnes of CO2 annually - a reduction of more than 15% based on our reported emissions for the 2016 financial year.

"The successful completion and delivery of this project is a great achievement by the consortium that was formed to finance, develop and implement this state-of-the-art project, and I would like to congratulate them on achieving this significant milestone."

Back to the books for BHP workers 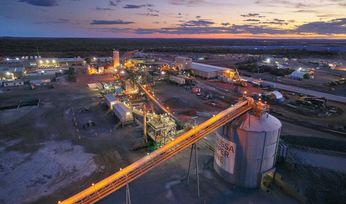 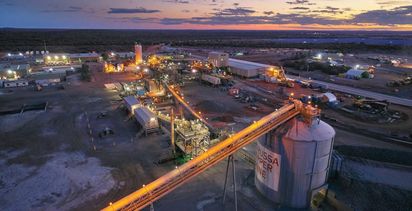 Is Orica ready for blast-off?

Back to the books for BHP workers