South Australia has a long history of re-inventing what it means to support private explorers and attract investment to the state. 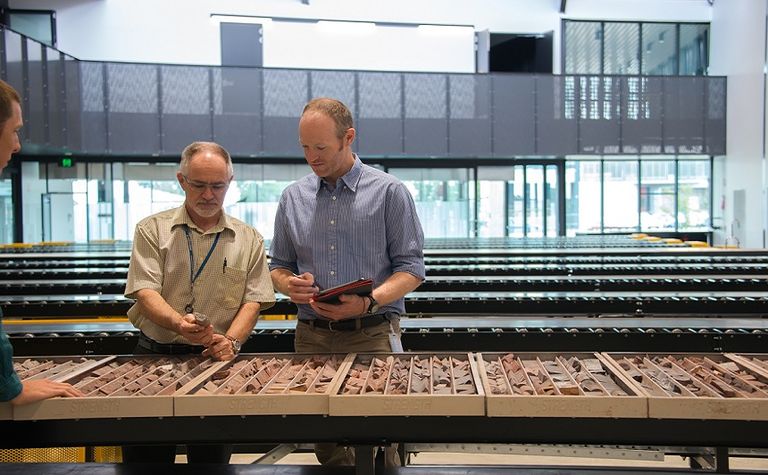 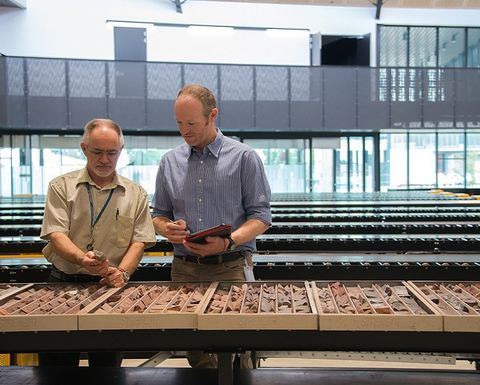 The highest-profile example in recent times is the Plan for Accelerating Exploration (PACE), which helped catapult SA close to the top of the Fraser Institute rankings and was quickly copied by other states and even by jurisdictions overseas.

But initiatives of this kind go back as far as the 1940s, when the Mines Department established a geophysics department at least a decade before any other state and began flying regional aeromagnetic surveys.

The latest chapter was added in February with the opening of the South Australia Drill Core Reference Library in the Tonsley Precinct, an innovation hub that’s growing out of the old Mitsubishi Motors site in the southern suburb of Clovelly Park.

What could have been just a warehouse filled with core trays has been re-invented into a compelling invitation to explorers around the world to unlock the economic potential of the state’s geology.

The project represents an investment of A$32 million, including the multi-million dollar cost of re-locating 7.5 million metres of drill core from four sites around the state.

You have to visit the new facility to really appreciate it, but the Drill Core Reference Library is designed for mineral and petroleum explorers in ways not previously imagined, just like the first iPhone changed everyone’s ideas about what makes a good mobile handset. The state has created its own breakthrough by slaving over design, details and user experience. For example, the ceiling of the town hall-sized core inspection area is lined with acoustic timber paneling. This was designed into the construction so geologists having a Eureka moment with drill core at one end of the hall don’t easily share it with a competitor.

For anyone in the exploration business, the value of open-file drill core is well understood. They know the stories of South Australian discoveries that could not have been made without it, including Olympic Dam. In the early 1970s, Western Mining spent months inspecting and analysing the state’s open-file basalt cores, which were critical in leading to the supergiant copper, uranium and gold deposit.

But how do you convince a state government to invest in something as esoteric as a drill core library, and a much harder sell to voters than improved health or public services?

“We kept going because we knew the value of what we hoped to achieve, and South Australia has such a terrific record of backing innovative geoscience to unlock our mineral and petroleum potential.

“In fact, we got there because the state government has remained steadfast in making  mineral discovery one of its key priorities for generating economic growth and jobs in South Australia.

“Minister for mineral and energy resources, Tom Koutsantonis, really understands our industry, the opportunities and the potential payback that can endure for decades.

“You can see the evidence for that not just in the new Drill Core Reference Library, but in state’s ambitious Copper Strategy and the recently announced $20 million in funding for PACE Copper. We have an aggressive and very exciting program to make South Australia one of the world’s leading copper producers,” Tyne said.

He said he was very proud of what had been achieved. “We have created the world’s best facility here. That’s not me talking, but feedback from international mineral explorers who have already been through.”

The heart of the new Drill Core Reference Library is a towering warehouse that will be home to drill core from mineral exploration holes and petroleum wells, dating back as far as the 1890s.

There is large dock for unloading, cleaning and cutting core, and a HyLogger that can provide real-time hyper-spectral and lithology data of core as quickly as it arrives.

The core inspection hall is a giant space with a dozen rows of conveyor belts where library staff layout kilometres of core at any one time. Adjacent to the hall are meeting and conference rooms that would look at home in an airport lounge, and even a boardroom with elevated views through the warehouse.

Perhaps the most powerful tool layed on for visiting geoscientists is an immersive 3D projection room, linked to terabytes of geochemical and geophysical drill core data on the South Australian Resource Information Geoserver (SARIG). This makes it possible for geoscientists to develop and visualise their new geological models in 3D, then walk downstairs and see and touch the actual core underpinning their exploration concepts.

Director of the Geological Survey of South Australia, Steve Hill, said he believed the new library would foster collaboration in the search for mineral and energy resources. “It’s a really inviting and inspiring place to work, and we think a lot of people with cross paths. Yes, it’s a competitive business, but we’re sure visitors will also find common goals and develop new relationships. That’s going to be positive for exploration in South Australia.

“The library also has great potential as a place of learning, not just for students but experienced geoscientists who want to broaden their knowledge. There’s an old saying that the best orefinders are the ones who have seen the most rocks, and we have 7.5 million metres of them here. Layed end to end, that’s as far as Adelaide to Shanghai.

“We also have a room dedicated to Data Metallogenica, which is AMIRA’s definitive collection of the rocks of the world’s orebodies. It’s another great reason to visit our new Core Reference Library,” Hill said.

The new facility is only two thirds full and any expansion should be decades away, despite the Geological Survey taking a far more active role in drilling. The pioneering Mineral Systems Drilling Program now underway on the Northern Eyre Peninsula will add some 7,000m of core, and PACE Copper will add many times this amount within the next two years. 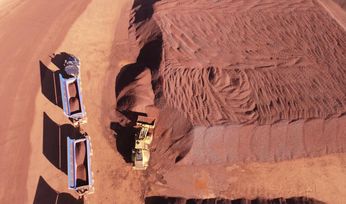 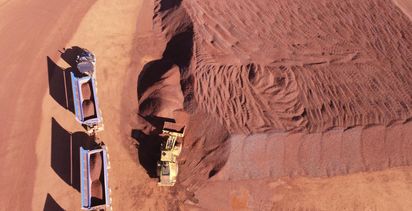