OCEANAGOLD’s new Martha underground mine at Waihi in New Zealand has poured its first gold bar, with the operation expected to hit a steady state production rate in the second half of the year. 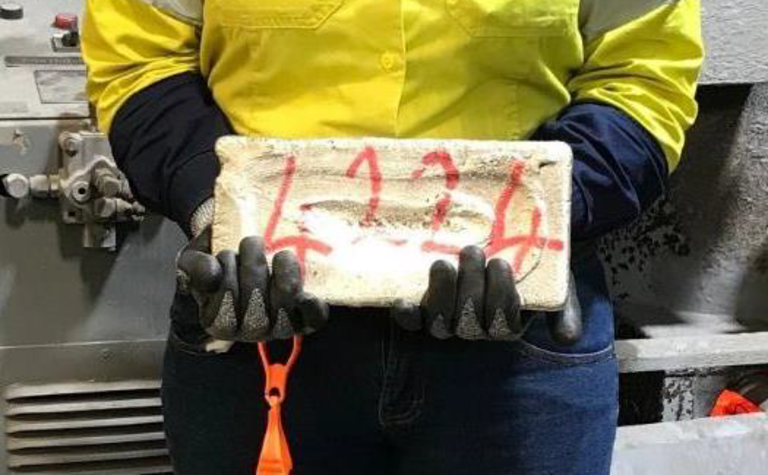 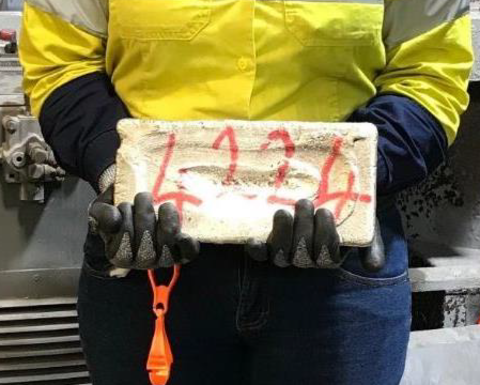 The first bar from the Martha underground

The operation is batch treating Martha ore, and will continue to do so until a planned mill shutdown to install a new SAG mill shell next quarter.
After that, the new underground is expected to produce sustained ore with targeted mining rates of 30,000-35,000 tonnes per quarter, for continuous milling.
OceanaGold CEO Michael Holmes said the operation should contribute 35,000-40,000 ounces for 2021, before ramping up to a steady state annual rate of 90,000-100,000ozpa gold, plus silver.
The miner's infill drilling over 2020 has also enabled it to hit the magic mark of 1Moz grading 5.2 grams per tonne gold and 3.2Moz silver at 16.6gpt in indicated resources, adding 260,000oz, ensuring the underground offers visibility to at least a decade of life.
Inferred resources have eased following conversation to 380,000oz at 4.7gpt gold and 2.3Moz at 15.3gpt silver.
While mining has begun, the maiden reserves estimate and feasibility study are yet to be complete, but should arrive in a matter of weeks.
Holmes said the reserves estimate would be conservative, given work has focused on both historically mined areas and unmined veins.
Based on the work to date, it has also revised its exploration target outside known resources to 5-7Mt grading 4-5gpt.
Holmes said the future for Waihi remained exciting.
The company has drilled 124,000m since 2017 and expects to complete a further 27,000m of resource and extensional drilling this year.
The cashed-up miner produced 301,675oz gold for 2020, including 99,155oz for the December quarter alone.
NZ production should also increase later in the year with the Golden Point underground expected to contribute.
OceanaGold's stock, which has traded between A$1.45-4.29 over the past year, was last priced at $2.23 per share, capitalising the miner at $1.6 billion.