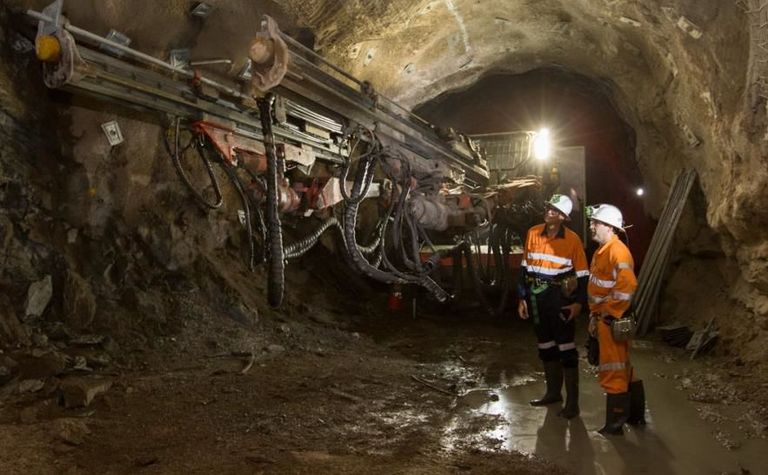 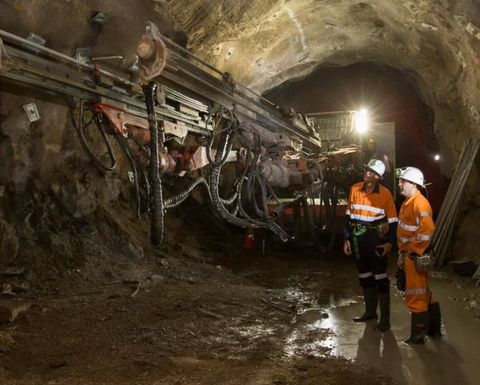 The Gwalia mine near Leonora remains ventilation constrained

While group production for the September quarter rose from 86,197 ounces of gold to 87,569oz, it included the addition of a third operation, Atlantic Gold in Nova Scotia, on July 19.

Production at Gwalia in Western Australia was particularly weak, dropping from 49,966oz to 38,153oz as grade fell from 9.9 grams per tonne gold to 7.4gpt gold.

"As forecast, lower grade stoping areas are currently being mined as part of the Gwalia centre-out mining sequence.

"The mine sequence is also in a generally lower grade area at the current depth and this combined with some dilution associated with overbreak on the last stope on the end of a level has resulted in an average grade milled for the quarter of 7.4gpt gold."

Full-year guidance for Gwalia is 200,000-210,000oz of gold, weighted to the second half as the company completes the GEP and paste aggregate fill (PAF).

St Barbara said the ventilation component of GEP remained on track to double ventilation rates in January 2020 with three shafts completed, and the pilot hole for the final underground raisebore vent shaft was nearing completion.

Installation of the associated cooling plant, vent fans and power station expansion are well advanced, and the crushing level for PAF has been fully commissioned and wet commissioning of the mixing and pumping levels is underway.

Atlantic produced 22,355oz for the full quarter, in line with June quarter production of 22,948oz.

A rise in milled grade from 1.16gpt gold to 1.29gpt offset power outages last month, caused by Hurricane Dorian, and maintenance of the detox tanks, which interrupted production for a week.

Guidance for Atlantic won't be announced until later this month but analysts have widely-ranging forecasts.

St Barbara described it as a solid performance and said the operation continued to perform very well.

St Barbara is expected to release its full quarterly results, with cost data and commentary, on October 16.

Gwalia shortfall was greater than expected 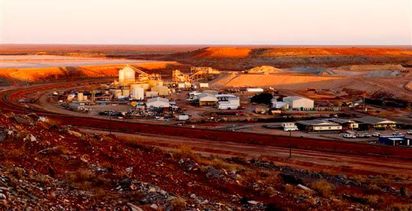 St Barbara snaps up all of Touquoy