GOLD Fields increased its attributable gold production in the March quarter, mostly due to improved output at its Ghana operations. RBC analyst James Bell said the March quarter had been strong across the board for Gold Fields, with production 11% above the bank's forecasts and AISC below the low-end of annual guidance.

He said the benefits of the Damang reinvestment had started to materialise, which was "particularly pleasing as it is the first sign of things to come from Ghana", with the positive momentum expected to build throughout the year.

The company's embattled South Deep operation in South Africa also did better than expected, with its 34,000oz production above the 28,000oz forecast by RBC, despite having to restart after a strike hit production in the December quarter and electricity load shedding in the country.

All-in costs jumped 46% to A$1598/oz relating to the change in how Gruyere is accounted for, with the project now being included in the AIC for the region. Excluding Gruyere, AIC for the region was $1449/oz up 32% year-on-year due to higher costs at Agnew.

Bell said RBC believed the upper end of the range may be achievable.

Gold Fields CEO Nick Holland said 2019 would be "one of two halves", with both production and cashflow being weighted to the second half of the year.

The company ended the quarter with net debt of $1.6 billion, just 0.1% lower than the end of December, despite project capital still being spent and it paying out the FY18 dividend. Net debt was, however, 17.5% higher than at the end of March 2018.

Holland said Gold Fields had been focused on reinvesting into the business for the past two years, spending over $500 million primarily on Damang and Gruyere, with 2019 expected to be the inflection point as it decreased project capital and these new projects started contributing.

"The 2Moz milestone is expected to be reached for the first time in 2019 as Damang increases production; Gruyere is set to come into production and our Asanko joint venture in Ghana contributes for the full year," he said.

Gruyere is 97% complete and due for first gold this quarter.

"The longer-term future of this portfolio also looks positive as we continue to invest in near-mine exploration at our Australian mines, while the board has approved a maiden mineral reserve and the technical components of the feasibility study for the high-grade, low-cost Salares Norte project in Chile," Holland said.

"We will continue to advance this project to a build decision in mid-2020 with the approval of the environmental impact assessment being a key variable."

Q3 a 'period of recovery' for Gold Fields 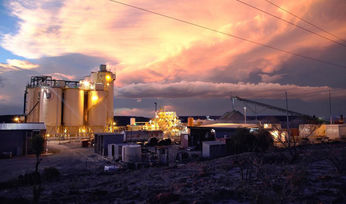 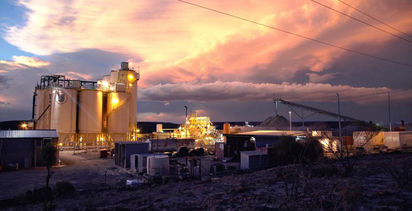