Perseus 'off to a flyer'

PERSEUS Mining has reported another consistent quarter of production and it started off the new year strongly. Quarterly gold production from Edikan in Ghana and Sissingue in Côte d'Ivoire was 68,078 ounces at all-in sustaining costs of US$1052 an ounce, at the mid-point of guidance.

"It clearly demonstrates Perseus is living up to its promise of doing what we say we're going to do," he said on a conference call.

Quartermaine said the company's performance was comparable with some of its more "fancy peers".

He said even the most cynical observer should be able to recognise Perseus' consistency over the past eight quarters.

"Importantly, we have the ability to deal with surprises," he said.

Looking ahead, Quartermaine said the company had made a strong start to the year.

"As far as the March quarter is concerned, we're off to a flyer," he said.

Perseus is progressing its Yaoure project in Côte d'Ivoire and is hoping to be granted the exploitation permit this quarter.

Quartermaine admitted if the company didn't start construction by early April, the target of pouring first gold in December 2020 would be threatened.

Perseus has selected a banking syndicate to provide up to $200 million in debt for the $265 million development.

Quartermaine said it would be a "plain vanilla debt facility" with some hedging requirements.

Perseus closed the December quarter with A$92 million in cash and bullion and US$48.5 million in debt.

Notional cashflow from operations for the quarter was $18.8 million.

Yesterday Canaccord Genuity named Perseus as a top pick in the gold space, saying it had the "best production growth outlook of our ASX gold coverage with the Yaoure development in Côte d'Ivoire".

Canaccord has a buy rating on Perseus and a price target of 80c, up from 75c. 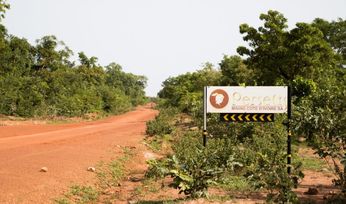 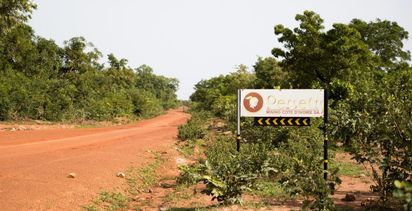 Perseus gets public support from Sudan for ambitious mine development