WITH Diggers & Dealers over for another year, MNN editor Kristie Batten looks back on this year’s event. 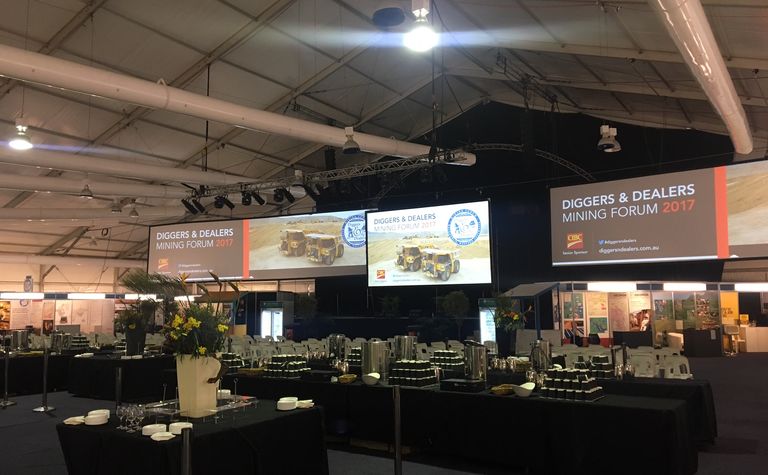 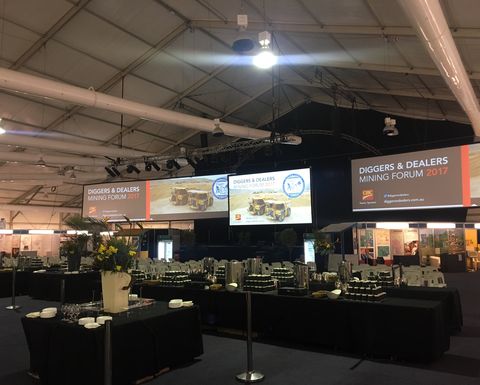 Diggers festivities kicked off a day earlier for some, with Northern Star Resources holding its inaugural strategy day in Perth on Saturday, an event dubbed "mines and wines".

Around four hours of presentations from senior management was followed by wine tasting hosted by Perth sommelier Vince Salpietro.

But Northern Star's Bill Beament was left slightly red-faced after Salpietro revealed what he'd gone through to get the wine Beament had requested.

The acclaimed 2014 Mosswood cabernet sauvignon could only be sourced from New Zealand and wouldn't have arrived in Perth in time. So Salpietro shipped it to Sydney and personally flew across the country to collect it for the event.

Attendees got to take home a bottle of the wine, which retails at around $140.

The following day, visitors to Northern Star's Kalgoorlie operations were treated to helicopter rides along the company's tenements.

Another dozen or so companies held site visits during the event, with the larger ones being Independence Group's Nova trip, and Evolution Mining's Mungari.

After five people failed the breathalyser test at Mungari last year, there were none this year.

The controversial welcome to country went ahead without incident ahead of a keynote by former World Bank president Robert Zoellick, who talked monetary policy and how US politics could impact the rest of the world.

Also on day one, a cheerful Barry Fitzgerald made Roy Hill's first presentation, while Resolute Mining CEO John Welborn raised eyebrows by having a dig at some of its gold peers.

On day two, a protest and presentation by Eastern Goldfields executive chairman Mike Fotios threatened to upstage international visitor, Gold Fields CEO Nick Holland, but was a fizzer after EGS pledged to pay its suppliers to avoid a scene.

While the last speaking slot of the day can be tough, Westgold Resources' Peter Cook rewarded those who stuck around with a swipe at Fotios and several slides of humorous mining lookalikes.

The musical component of his presentation included the Bob the Builder theme song and the team song of North Melbourne.

On Wednesday morning, AngloGold Ashanti's Andrea Maxey was a first-time presenter and the only female to take the stage.

As well as the usual gold M&A talk, there was also an increased focus on energy minerals and batteries.

Lithium companies Pilbara Minerals, Neometals and Galaxy Resources, as well as graphite player Battery Minerals presented, while the unloved nickel sector had something to smile about with both IGO and Western Areas talking up battery potential. BHP Nickel West went a step further, announcing a US$43.2 million nickel sulphate plant to be built outside Perth.

There was also a noticeable focus on innovation and technology, led by Anglo American technical director Tony O'Neill's presentation on Monday morning.

On the Monday it was actually hard to tell which booths were busy due to the large size of the crowd - which reached just over 2150 delegates.

Antipa Minerals' booth seemed flat out on day one. While the company wasn't presenting, it has received some solid results of late from new exploration hotspot, the Paterson Province. Breaker Resources was also consistently busy.

Latecomers who couldn't get one of the 150-plus booths found their own ways to drum up publicity.

Recently established zinc play New Century Resources, which features entrepreneur Tolga Kumova on the board, sponsored the local kebab shop with Kumova even serving food at one point late in the evening.

Behind the scenes, Diggers organisers reported that there had been 82 meetings in its own rooms (and likely hundreds of others offsite).

Diggers gives complimentary passes to WASM students and there were a number of offers from mining companies in the tent for scholarships, employment and internships.

It is a mammoth effort to feed the hungry (and sometimes hungover) delegates over the three days.

All of the food and alcohol, as well as many of the hospitality staff, are brought in from Perth.

Out on the town

There were a number of functions, including Sandfire, Gold Road and Middle Island, on the Sunday night, while the Monday night was extremely busy.

The Kalgoorlie Hotel hosted the Macquarie function downstairs and the Hartleys bash upstairs - with both at capacity.

Pilbara held a media dinner at the Palace on Monday night. One of MNN's own columnists went downstairs for a cigarette and was ‘egged' by a passing car of locals.

Tuesday night brought the Argonaut party at the Palace, which was crowded, as well as the sold out WASM/WIMWA event and the EY do.

Wednesday night's gala dinner had been sold out for months, with the 1300 attendees enjoying fine wine and entertainment by illusionists Adam and Selina.

Actually, there was only 1290 attendees with the centre-front reserved Roy Hill table remaining empty all night.

And if the mood on the dancefloor at the Palace Hotel in the wee hours of Thursday morning was anything to go by, this year's Diggers was the most bullish in years.

Tomorrow: We get the investment community's view, plus our Diggers 2017 photo gallery.

MNN looks at which companies are likely to take out the coveted gongs at Diggers & Dealers gala dinner... 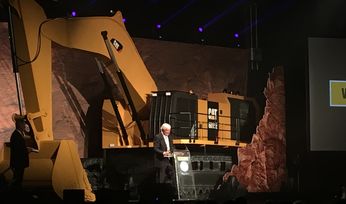 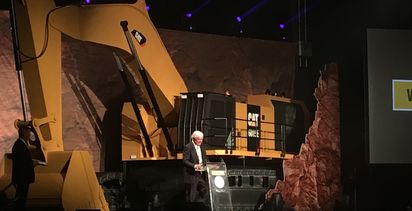