Letter: The curious case of Rio and the uneven playing field 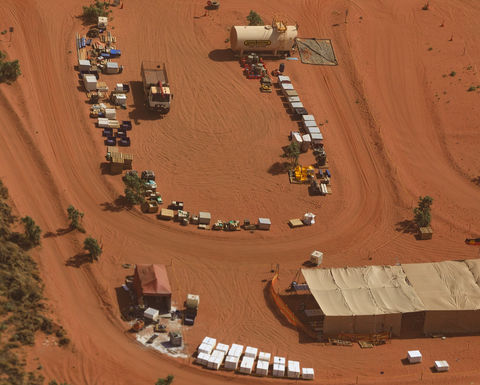 Letter to the Editor

Sorry, I have to totally disagree with one of the things The Grinch didn't like about 2018. It's the curious case of Rio and the uneven playing field. Yes, it may be "business 101"in Rio's self-interest, but it is definitely not in the interest of the nation, the state, the industry, and the junior sector, which - like it or not - is the numerological and ecological base of the food chain without which all else is unsustainable.

Everybody is preoccupied with what Rio may or may not be sitting on up in the Paterson. They have managed to keep the secret for quite a while now and have stitched up a huge ground position. And the nearology plays are running hot - for better or for worse.

Let me be clear, Rio have not done anything wrong or broken any law by keeping schtum, but what astounds me is that so many people seem to accept the current reality whereby they don't have to say anything because it is not material to them. True, if it isn't material then they aren't obliged to disclose it as far as listing rules are concerned, but are these appropriate? And how big does something have to be to be material to a behemoth? Pretty bloody big.

Such rules create advantage for the big boys but disadvantage the smaller guys, to whom virtually anything is material. So the rules as they are, or at least those rules, tilt the playing field in the big boy's favour - as if they weren't already advantaged enough.

To use a childhood playground analogy, the big kids ruled the playground, and the little kids had no choice but to accept it, live with it, keep their heads down or ingratiate themselves. Now, as a little kid in a figurative sense - funnily enough still with the label "junior" - and as one of many little "juniors" living in the shadow of the big boys, I don't think we should cower and take it any more.

It is a prejudicial situation legitimised by the clever use and convenience of rules intended for other reasons and exploited to the max by the big boys to the detriment of the little kids. It's blatantly sizeist. In a world where sexism, racism and other isms are no longer acceptable I don't see why corporate sizeism should be ok.

Continuous disclosure and materiality threshold principles and rules perform an important market function but the assumption and acceptance that these are a valid and appropriate basis for avoidance of disclosure of important information is in my view beyond the spirit and the intent of those principles. The guiding principle regarding transparency over discoveries should be whether it is (or may be) material to the rest of the industry or the state rather than solely to the disclosing entity, in the same way as if it would have to be disclosed if it were, for example, a significant environmental incident.

In fact you could argue that such a lack of disclosure can create an uninformed market in the trading of securities of those companies nearby, which, whilst great for them and speculators in the short term, has the potential to be a double edged sword longer term should it not pan out.

Continuous disclosure performs an important function which we can't do without, but what we could do with is an additional independent mechanism that obliges ALL companies to be fully transparent in the event of a discovery or significant drill intercept - maybe something within the mining act and as part of tenure conditions? Maybe then us little kids will get to play - unless the teachers are afraid of the big kids too.